Is all this rain helping our drought?

HARTFORD — Rain can be a good thing, even though it’s often looked at as a negative. The problem with last summer was that it just didn’t rain, and unfort... 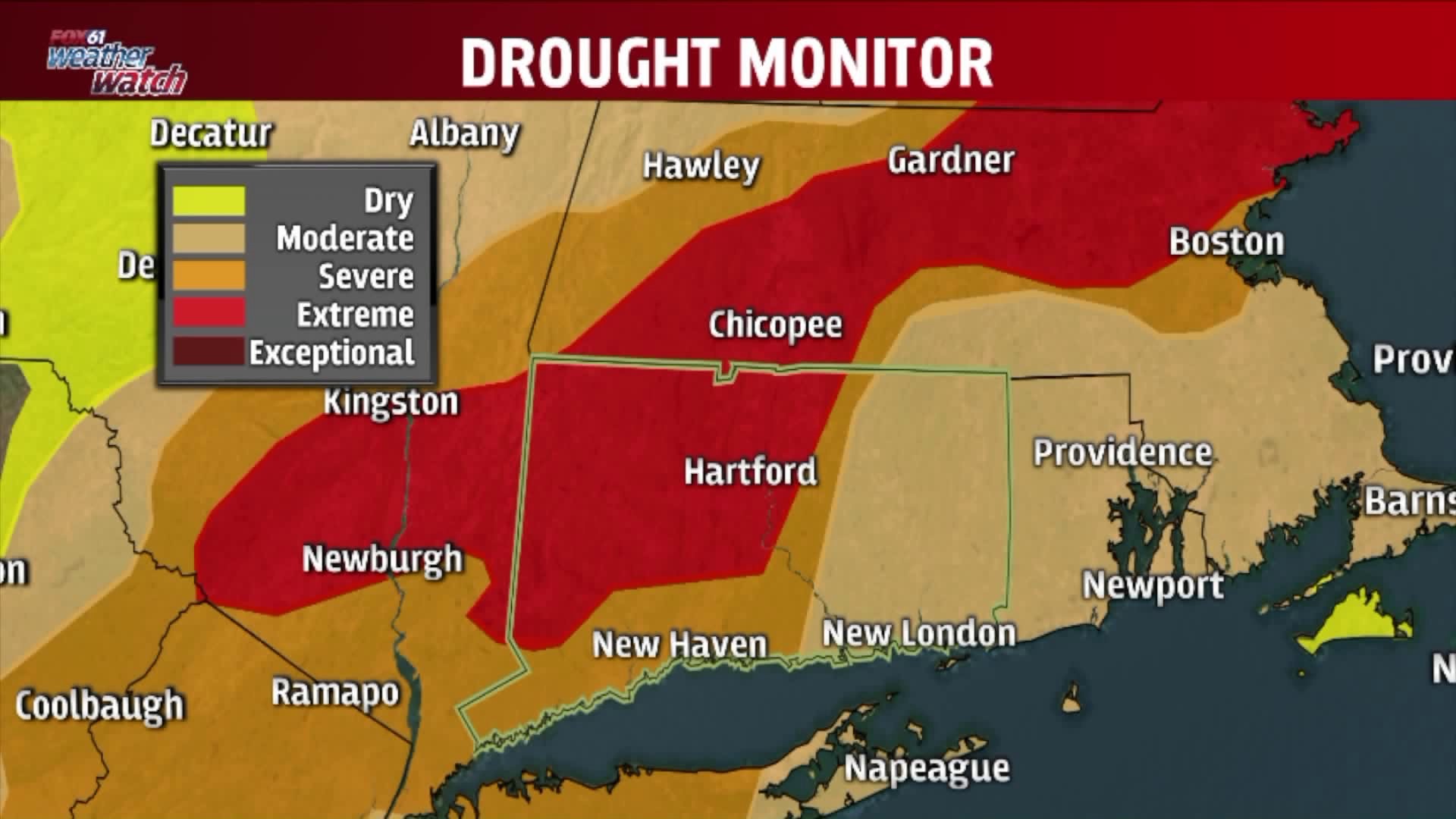 HARTFORD -- Rain can be a good thing, even though it’s often looked at as a negative. The problem with last summer was that it just didn’t rain, and unfortunately we built up an extreme drought across Connecticut. It led to low water levels in the rivers and reservoirs. We've made big strides the last few weeks with storm after storm.

Water levels at reservoirs across the state are looking more impressive than they did a few months ago. Our unusually dry conditions developed into a moderate drought over the summer, then it was upgraded to severe and even extreme.

At one point, 44.5 percent of the state was in "extreme drought" conditions, which makes it the worst drought in Connecticut in at least 20 years. It got to the point where water companies in the area started talking about water rationing. At the Colebrook Reservoir, remnants of an old village were exposed after decades under water.

Droughts can be detrimental to our health, as you might imagine. According to a new Yale University study out just this week, severe drought conditions raises the risk of mortality in older adults by nearly 2 percent.

Luckily for us, an active winter brought major relief. Several storms cut our drought from extreme, to severe, and with this week’s rainstorms, it appears we may finally be cutting down to a moderate drought. With spring arriving, the grass will be growing and flowers will be blooming in no time!

So we do have rain in the forecast with a flood watch in effect on Thursday and Friday. In the short term, flooding may be a concern, but in the long term, this rain will be celebrated, as it’ll help to alleviate our drought.