The owner said it is his way of preserving history but others disagree. 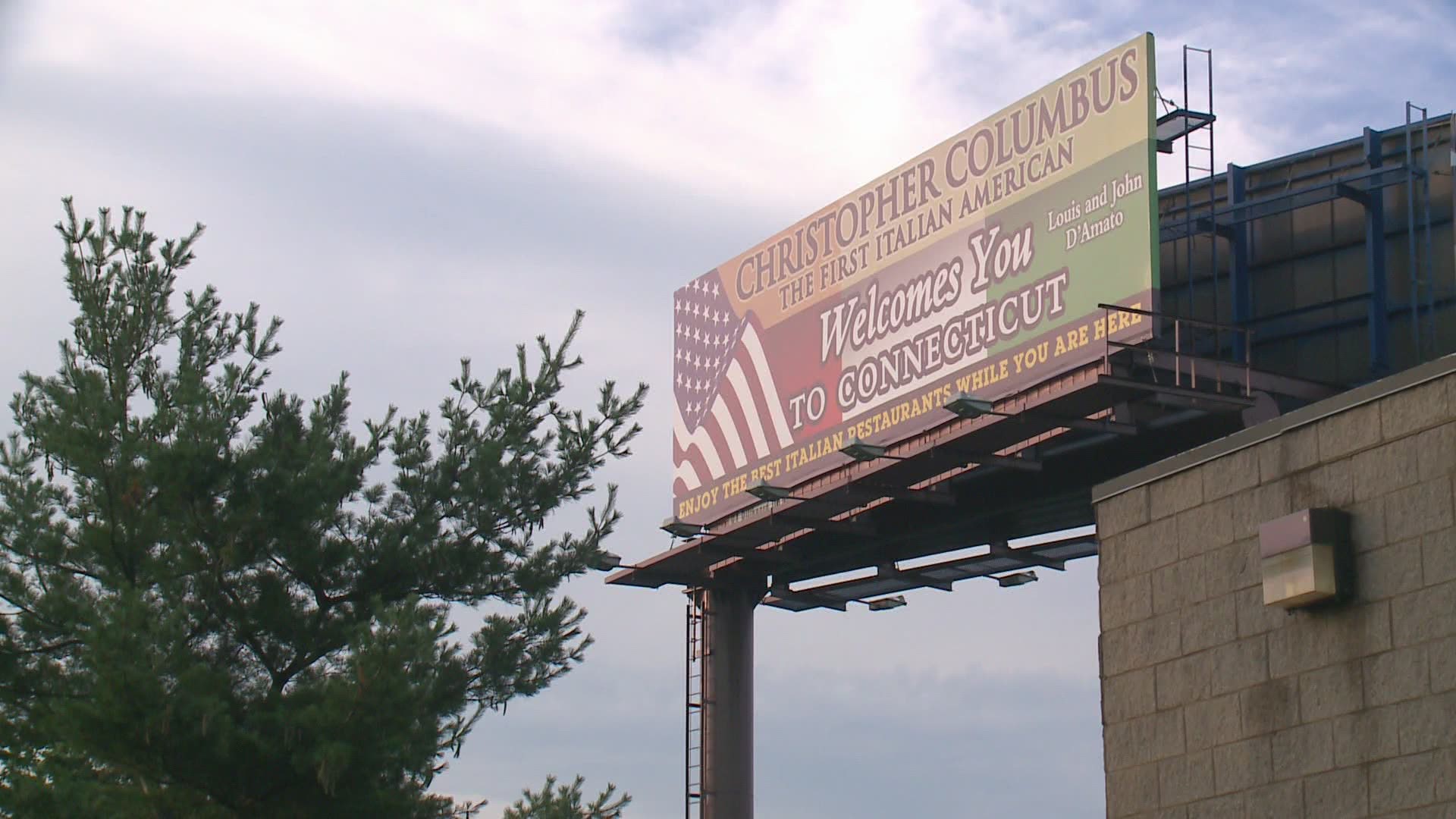 MILFORD, Conn — At a time when Christopher Columbus statues are coming down across Connecticut, a billboard has been promoting Columbus and it has gotten people talking.

The owner said it is his way of preserving history but others disagree.

The billboard cannot be missed and it said "Christopher Columbus - the first Italian American Welcomes You to Connecticut."

The owner behind it is Louis D'Amato. He owns dozens of Italian restaurants in the state and he believed this is his way of boosting business in Connecticut while taking a stand for his ancestors.

Many Christopher Columbus statues around the country have been taken down as they believe he was a slave trader, but D'Amato said Columbus was not the only one who did that.

"The Greeks did it, the Romans did it, everybody’s brother did it and I think that he was no worse than anybody else," said D'Amato of Milford.

Upset at the statues being taken down, D'Amato thinks they instead should be relocated.

"These statues probably should be on private property because if we don’t do that, I firmly believe that the story of Columbus will disappear," added D'Amato.

The billboard at the same time has been met with a lot of controversies.

Lugo said the words on the billboard are false.

"He was saying that Christopher Columbus was the first Italian American - that’s not true. This guy came, he destroyed and he went back to Spain so he did not even stay here. But the legacy is that - it’s more that millions of people died," added Lugo.

D'Amato told FOX61 he empathizes with the black community but also has to stick up for his immigrant family. He added he does not plan on taking the billboard down anytime soon.

The Italian American Heritage of New Haven told FOX61 they are working to put a message on the billboard behind D'Amato's.