January 2019 Above & Beyond Award: Brian Wallace

Brian Wallace West Hartford Police Officer   Nominated by Lt. Eric Rocheleau: “Off. Wallace is a two time lifesaving award recipient and has made a career ... 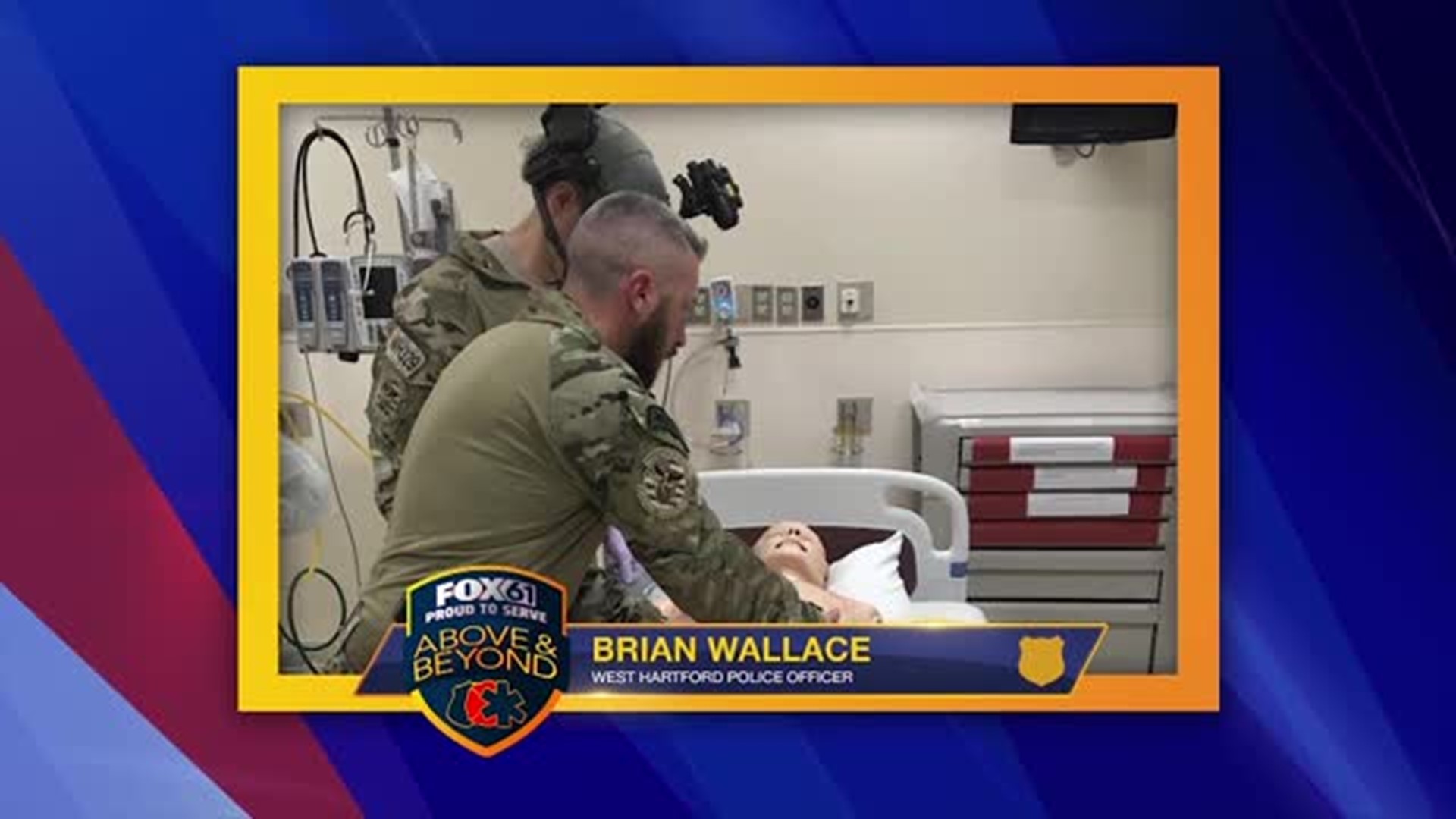 “Off. Wallace is a two time lifesaving award recipient and has made a career of training others in emergency services.  He helped create the Tactical Protective Medical Branch, a unit that is made up of doctors, paramedics, elite military members and police officers that trains police and military units in trauma care in order to increase survival rate during critical incidents. He developed the combat lifesaver class taught to every recruit at the Police academy since 2001. He has also helped train the West Hartford school security staff and all West Hartford school nurses as well.  He has also trained West Farms Mall security, Univ. of Hartford and Univ. of St. Joseph's campus security in trauma care and bleed control.  He assisted in getting bleed control emergency kits inside the mall and at every school in West Hartford. Brian served with the US Coast Guard for 6 years and, post 911, and has served overseas. He has been with the West Hartford Police Department since 2000. He has served as a hostage negotiator and is currently assigned to the Training Division and SWAT Team as the tactical paramedic.”

January 2019 Above & Beyond Award: Brian Wallace

Proudly brought to you by