The lawsuit claims the tenn was deprived of his right to life without due process when shot by police. A state's attorney report found the shooting justified. 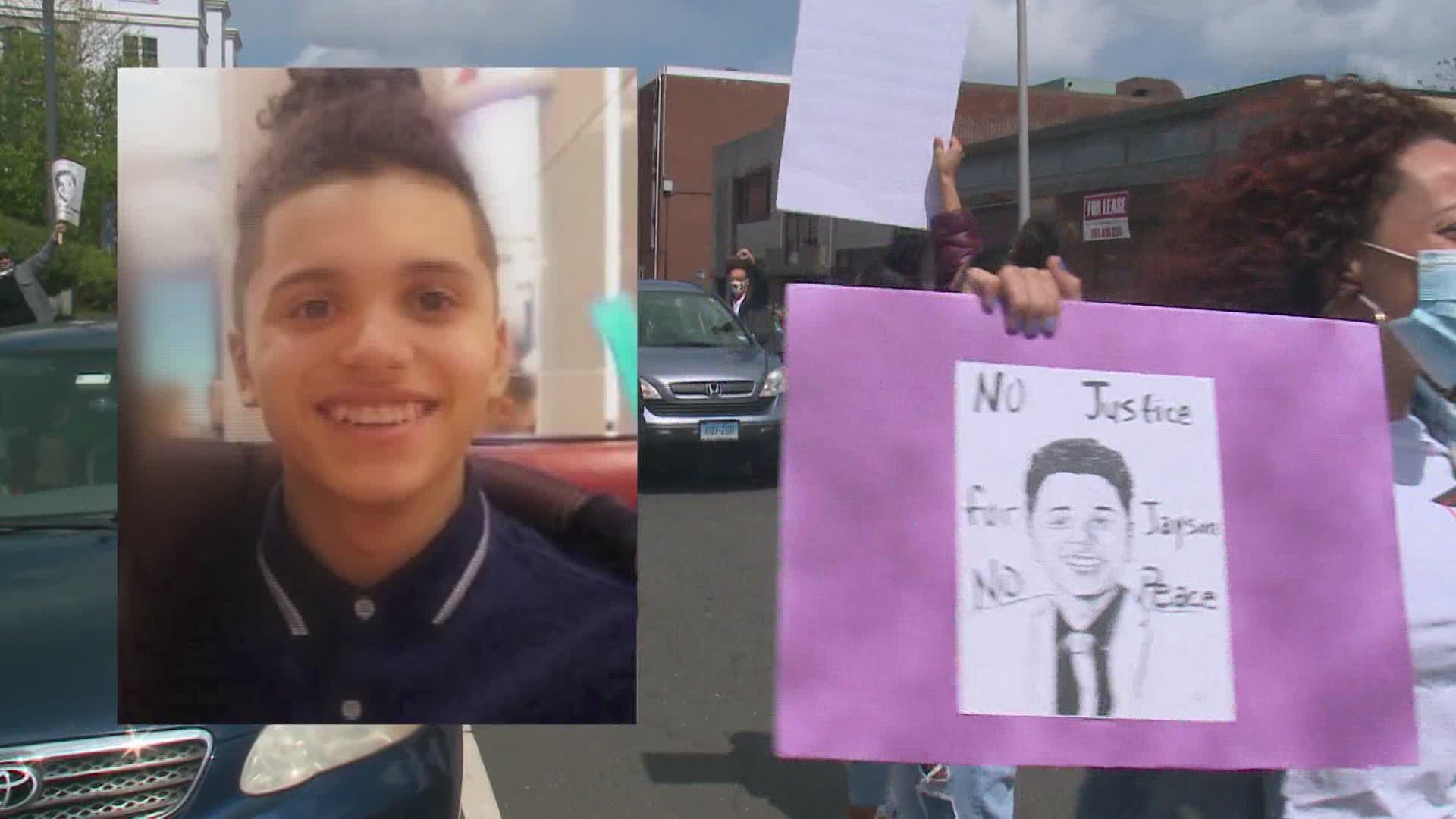 BRIDGEPORT, Conn. — It’s been three years to the day since a Bridgeport teen, 15-year-old Jayson Negron, died in an officer-involved shooting. Negron’s family announced a federal civil lawsuit on the anniversary of his death.

Negron was shot and killed by Officer James Boulay when officers were patrolling the city's West End on the night of May 9th, 2017.

The Negron family is suing the city of Bridgeport and the officer who fired the fatal shots for wrongful death. During a protest at the scene of the shooting, and said they will not stop until they receive justice.

Negron's family announced the lawsuit on Saturday. Park Avenue, where Jayson was killed, was flooded with a caravan of cars blaring their horns for in remembrance of Negron.

The lawsuit states that Jayson was deprived of his right to life without due process of the law.

Police say Negron was driving a stolen car, and that when officers tried to pull him over, he fled, striking Officer Boulay, who fatally shot the teen.

Bridgeport Police Chief A.J. Perez Negron put the car in reverse, at a high rate of speed, pinning the officer almost underneath the vehicle.

“At that point, the officer feared for his life, drew his weapon and shot the passenger and shot the operator of the vehicle,” Perez continued.

No charges were filed against Boulay.

The incident sparked protests, with many asking why Negron's body was allowed to lie on the ground for several hours that night.

Those representing Negron's family claimed in a release that the assertions made by the Bridgeport Police Department have since been disproven.

"Jayson was never hit, dragged, or caused injury to any officer present. He was not shot from behind or under, he was shot directly by James Boulay, who was in a standing position facing him. Jayson did not die immediately, as Bridgeport Police Chief Armando Perez claimed, he was thrown to the ground and handcuffed by James Boulay and other officers and he was left to die on the pavement."

Negron's family says getting a legal team to fight this ruling was tough.

Melendez said, “It was very difficult for our family to get the process of a lawsuit started because we were blocked from doing so, this is a tactic often used by them because they don’t want families to seek legal justice.”

FOX61 reached out to the city of Bridgeport through phone and email and was told that the city is working through the COVID-19 pandemic and would get back to us when they could.

According to Negron's family, the city has already tried to make amends.

“I would like to say publicly; the city has tried to offer our family money and we have rejected the money... money will never bring Jayson’s life back and there is no price that they can put on Jayson’s life,” said Melendez.

The Negron family is asking for any witnesses or anybody who has any information about the case to contact their legal representation.