President Jimmy Carter re-admitted to hospital over the weekend

The Center added that he "is feeling better and looks forward to returning home soon." 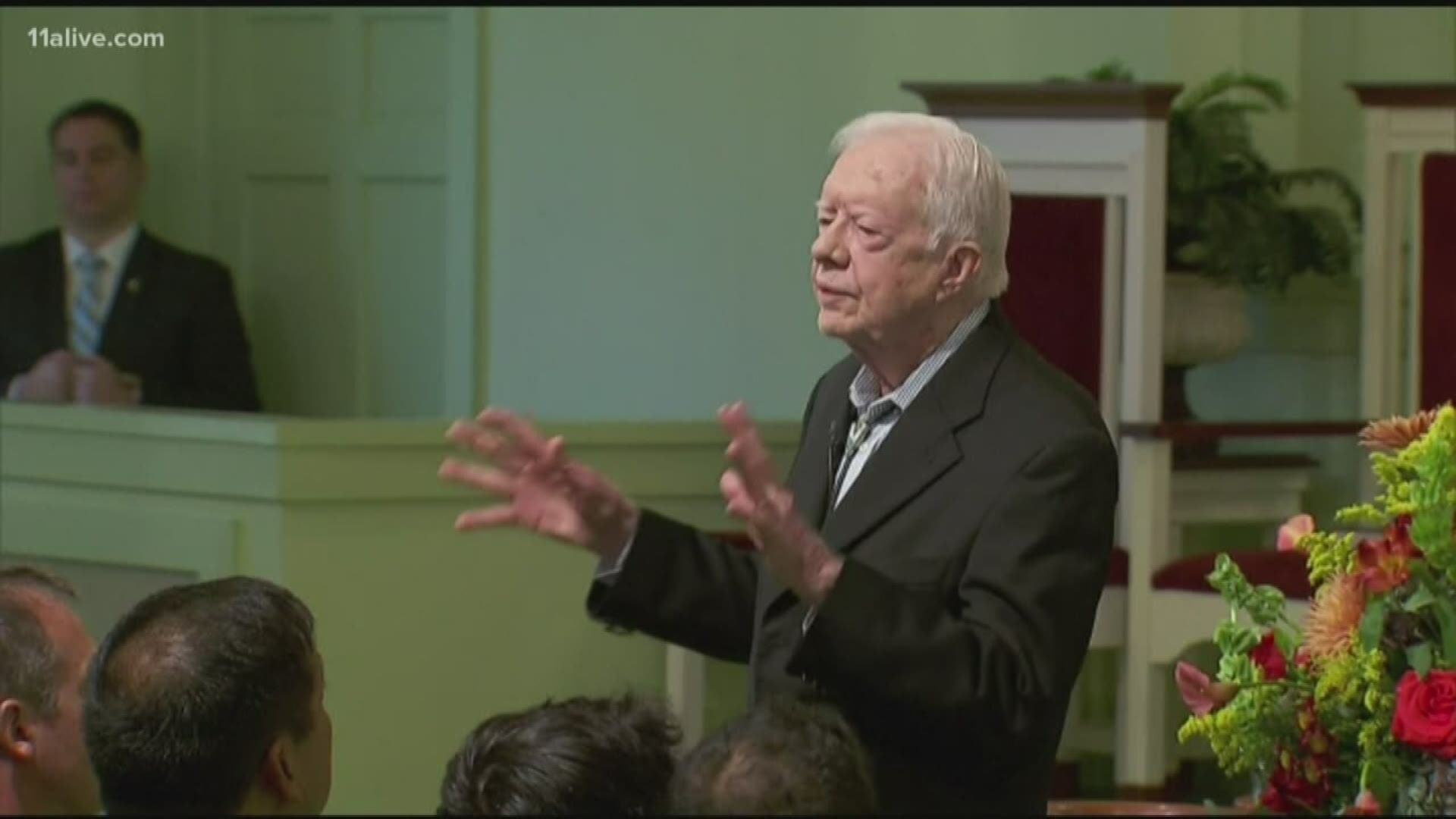 AMERICUS, Ga. — President Jimmy Carter had to be hospitalized, again, for treatment over the weekend.

The Carter Center confirmed that the former president was admitted to Phoebe Sumter Medical Center in Americus, Georgia to treat a urinary tract infection.

The Center added that he "is feeling better and looks forward to returning home soon."

The 95-year-old president was just released from the hospital last week - the day before Thanksgiving - after undergoing unexpected surgery to relieve pressure on his brain caused by a subdural hematoma. The surgery took place on Nov. 11.

In addition to the hospitalization, the Maranatha Baptist Church website added that President Carter will not teach Sunday School on Dec. 8 or the 22.

Last month, Carter fell in his home and suffered a minor pelvic fracture. For that injury, The Carter Center said he was admitted to the Phoebe Sumter Medical Center and was later released.

In another incident before that injury, also in October, the former president fell, leaving him with a black eye and 14 stitches. However, that didn't slow him down. The next day, Carter and his wife were in Nashville leading hundreds of volunteers in a Habitat for Humanity build.

Prior to that, in May, Carter had surgery for another broken hip. A spokesperson said he was leaving his home in Plains, Georgia, to go turkey hunting when he fell.

Jimmy Carter through the years

AP Source: Georgia governor has made pick for US Senate