Council members approved the measure 13-0 during a meeting Tuesday. 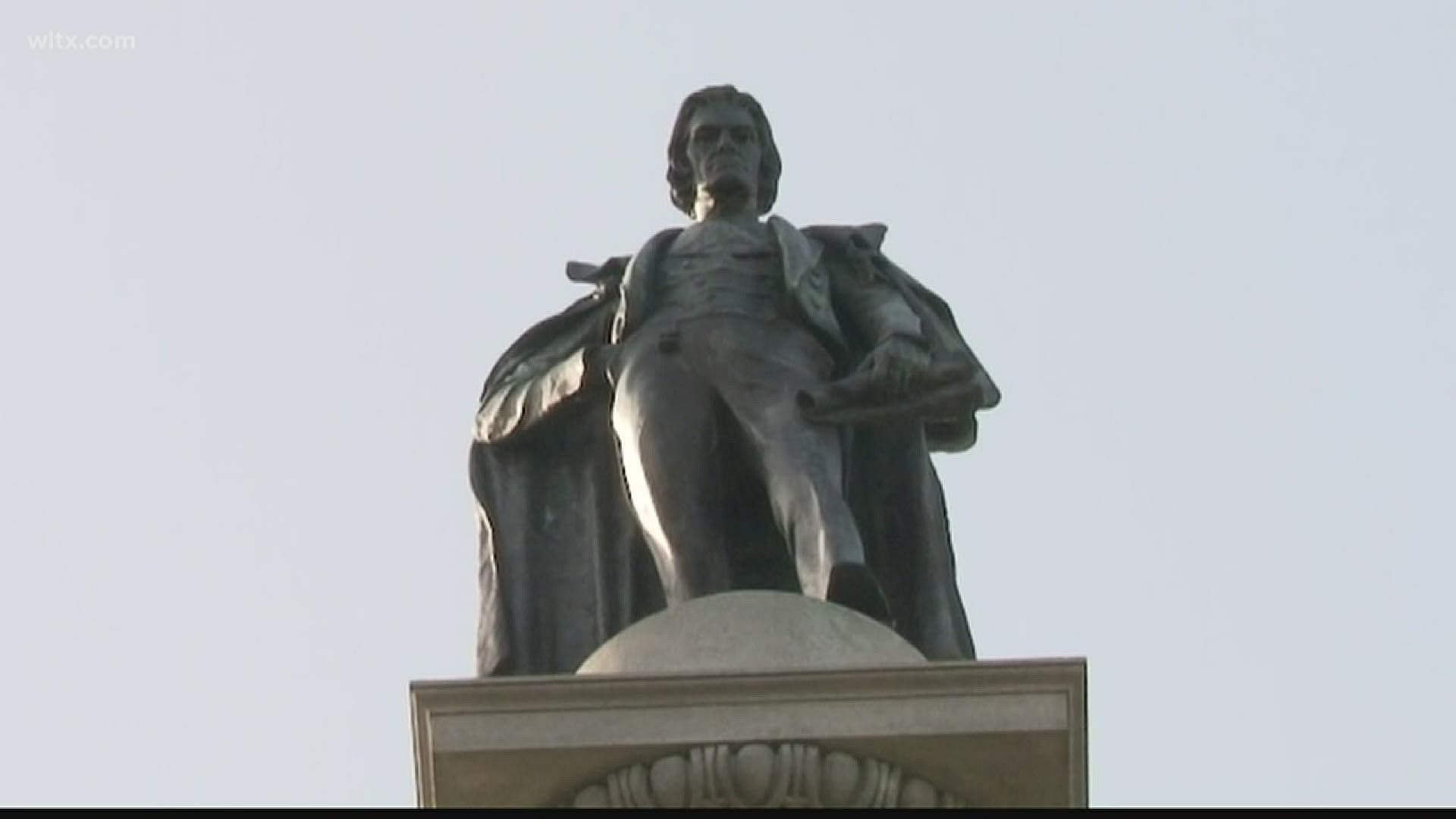 CHARLESTON, S.C. — Officials in the historic South Carolina city of Charleston have unanimously voted to remove a statue of former vice president and slavery advocate John C. Calhoun from a downtown square, the latest in a wave of such actions triggered by the death of George Floyd.

Council members approved the measure 13-0 during a meeting Tuesday. The resolution authorizes the removal of the statue that sits atop a 100-foot (30-meter) monument in downtown Marion Square.

Officials say eventually it will find a permanent new home at “an appropriate site where it will be protected and preserved.”

However, the removal of statues in South Carolina is governed by the Heritage Act, a 2000 bill that passed through the General Assembly. It requires a two-thirds majority of the legislature to remove monuments or to rename buildings.

South Carolina Gov. Henry McMaster said Tuesday that the Heritage Act is the appropriate way to deal with questions about monuments.

Calhoun served as the seventh vice president of the United States from 1825 to 1832, serving under John Quincy Adams and Andrew Jackson before returning to the US Senate. He was a defender of slavery and of states' rights, and owned slaves at his Upstate home in Fort Hill.

Clemson University removed Calhoun's name from the honors college earlier this month. Both Clemson and the University of South Carolina have asked the legislature to allow them to rename buildings on their campus under the Heritage Act.