The video was done by Aleysha Rivera Bocochica and Shea Gendron.  The article was written by Shea Gendron. Runners on their mark, with penguins to their left. T... 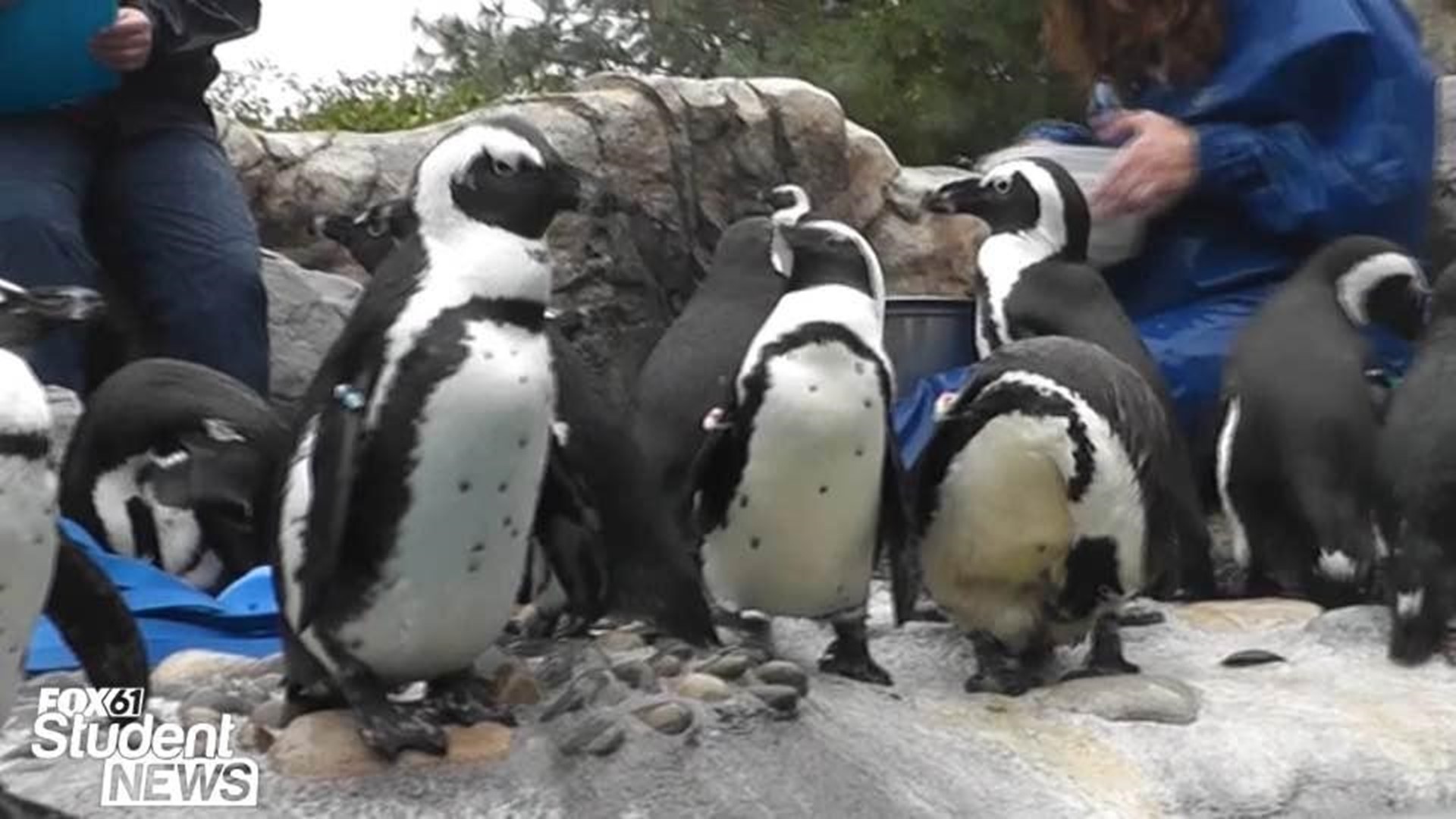 Runners on their mark, with penguins to their left. The Mystic Aquarium held their 11th annual Fun Run for the endangered African penguins on Saturday October 14th, 2017.  With over one hundred runners lined up at the starting line, the event featured not only a 5k, but also included penguin races in the marine theatre and a children’s race.

African Penguins could go extinct in our lifetime. The endangered species population has declined 70 percent in the last 10 years, due to the close living quarters between them and humans. The species faces habitat destruction, human consumption of eggs, and competition for food, all caused by man. The Mystic Aquarium is home to thirty of these furry friends, with crew members specifically tasked to care for the penguins.

Penguin specialist, and NFA class of 2006 graduate, Josh Davis said, ” [The Race] is a great way to raise money, awareness, [and] get people outside, to see the aquarium and the efforts that we have going on for animals such as the African penguins.”

Some runners, such as Elana Deslandes Murphy, had strong opinions about the cause.  “I believe that I should support our African penguins, and I think we need to put a little force behind it because they are endangered. I think it’s ridiculous that animals become endangered, and we should do all we can to help them.”

Ryan Bramich agreed,”Informing the public and raising money for animals that are potentially going extinct or are endangered is very important” Davis said, “We want people to become inspired to protect and care for our ocean.”

Each student produced and hosted segment will showcase a local story or event, highlighting all that is great about our state and align with our station's mission of HOPE. Segments will be featured on-air during Friday's Morning News at 6:20, a.m. 8:20 a.m., the 5 and 10 p.m. news. twice during the FOX61 Morning News on Saturday, on our Facebook page and right here on FOX61.com!