The Bloomfield attorney who represented Fotis Dulos in civil matters, has been charged in connection to the disappearance of Jennifer Dulos. 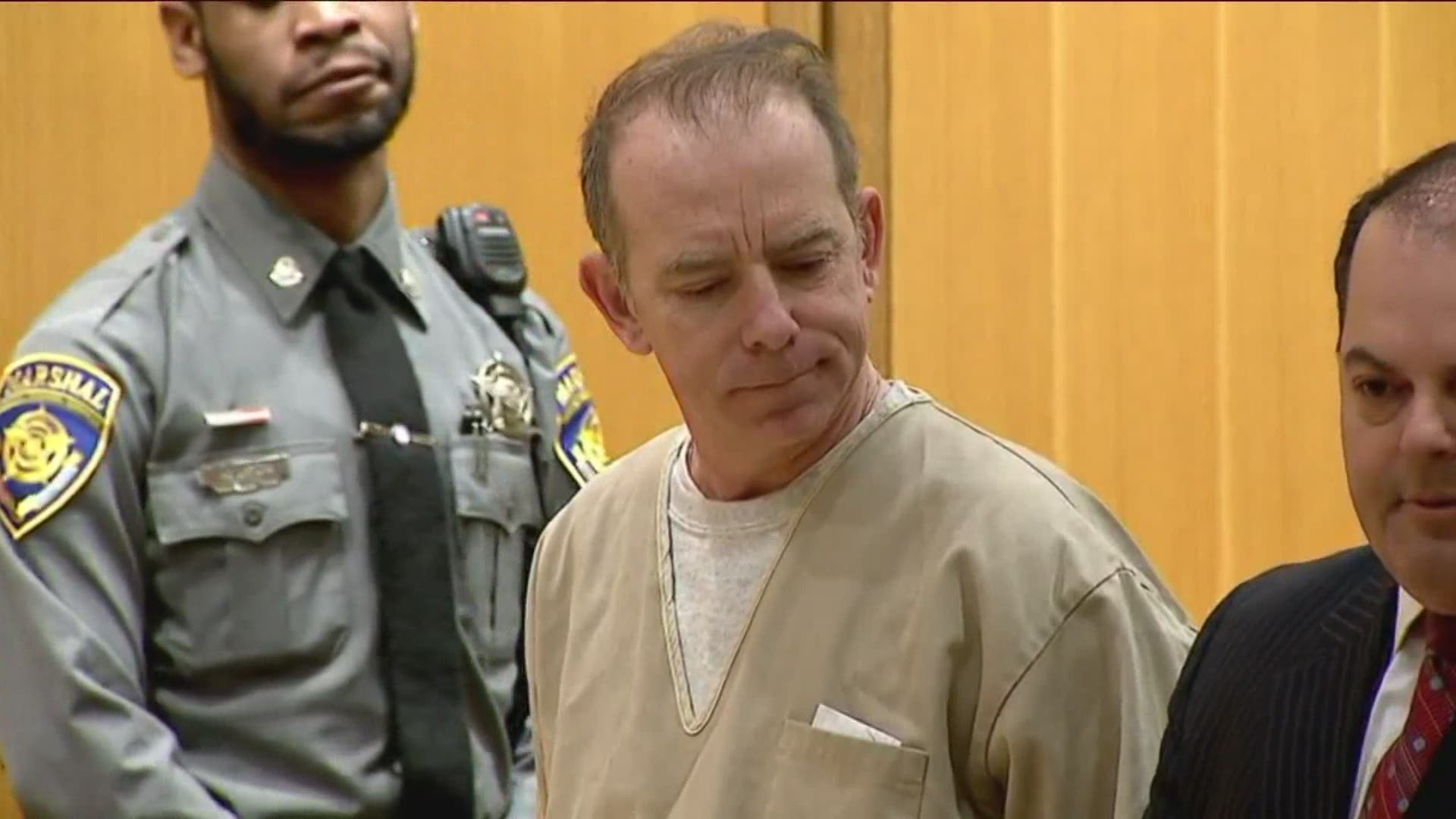 STAMFORD, Conn. — STAMFORD — An alleged co-conspirator in the Jennifer Dulos murder case was back in court Thursday. Kent Mawhinney pled not guilty to a conspiracy to commit murder charge.

It was the first time the cameras have seen Kent Mawhinney since early January when he was first arraigned after being arrested at gunpoint by state police in Tolland. His court appearance was brief, but marked by a minor mystery.

Mawhinney wore a tan jumpsuit and a gray t-shirt. He was led in by judicial marshals in handcuffs and entered a not guilty plea. Chief States Attorney Richard Colangelo said, “Judge I spoke with counsel this morning and they indicated they wanted to enter a not guilty plea and we are requesting March 31st as a continuance date.”

It was all fairly routine. But then Mawhinney got the attention of his Attorney, Lee Gold. Mawhinney looked down toward his chest where a white index card stuck out from his pocket. Attorney Gold pulled it out as Mawhinney appears to say, “thank you,” and was led away.

Outside court Attorney Gold didn’t say anything when pressed by Fox61. “Not at this time,” and “Take care everybody,” said Gold on his walk to the parking garage.

Mawhinney was the only suspect not to post bail. He’s been jailed on $2-million bond at Cheshire Correctional. Chief States Attorney Richard Colangelo, who is transitioning off the case, says investigators still haven’t handed over all the evidence. It’s called ‘discovery’ in legal terms. “I am awaiting the discovery from the state police. As soon as I get it I notified council that I would turn it over to them,” said Colangelo.

Mawhinney is charged with conspiracy to commit murder in the disappearance of Jennifer Dulos. Mawhinney was connected by police to the Windsor Rod and Gun club in East Granby where an alleged shallow grave was discovered. His phone pinged off a nearby cell tower. His name also appeared in the so-called alibi scripts of Fotis Dulos and Michelle Troconis.

An attorney himself, Mawhinney’s law license has been suspended and he lost custody of his kids. He is also facing separate spousal abuse charges in his divorce case. His estranged wife alleges Mawhinney abused her and she claims he and Fotis were working together to get rid of her.