Meet Kimber, the search and rescue dog who located the trapped worker in the DC building collapse

Not all heroes wear capes. However, some deserve all the treats in the world. 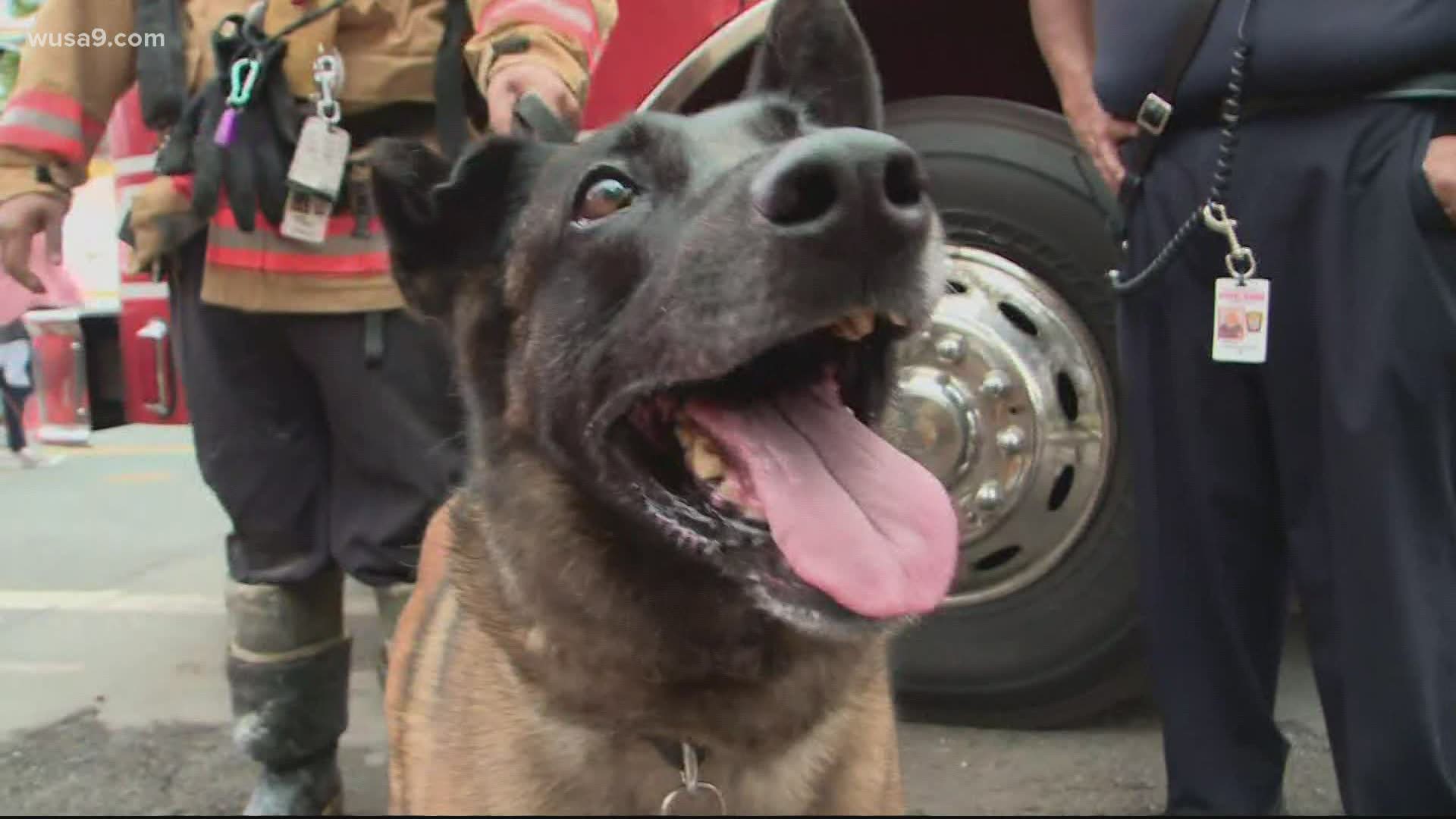 WASHINGTON — It's true: Not all heroes wear capes. However, some deserve all the treats in the world after Thursday's assignment.

Kimber, a certified urban search and rescue dog, can tell the difference between live victims and deceased victims. She was called in to help after a building collapsed in Northwest D.C. Thursday afternoon, and played a huge role in finding a man trapped in the rubble.

While crews could hear the victim in the rubble caused by the collapse, they couldn't locate him. Kimber was able to figure out where he was.

Kimber went in, went underneath the rubble and alerted where the victim was. Crews were able to pinpoint exactly where he was, further alerting the rescue squad to extract the victim to care for his injuries.

Canines like Kimber are faster and more agile than their human partners, and with their keen sense of smell they can pinpoint trapped people in just minutes.

Thursday's rescue was Kimber’s very first location of a collapse victim in D.C. Firefighter Chris Holmes is her handler and partner.

“The dog is a force-multiplier. So, where we would have to have people hand-dig or search physically, the dog can sense with its nose where the victim is," Holmes said. "And not only sense where the victim is, but let us know if a victim is alive or deceased. So the dog is looking for live, concealed human scent, and that’s what she did today.”

Kimber goes through constant training as a search and rescue dog -- DC Fire uses the FEMA certification two-tier test; taking upwards of 6 months to a year to get a dog to pass the certification.

There are a lot of dogs that go their whole career and don't find anybody. But that's not the case with Kimber.

@wusa9 Photoger James Hash talked to Kimber's Handler, the DC Fire and EMS rescue dog. He was the dog that found the man trapped in the building collapse on Kennedy st NW. Today was Kimber’s first rescue-detection. https://t.co/R0RrqrDUJQ pic.twitter.com/wHdRMzfc8O

According to officials, the major building collapse happened just before 3:30 p.m. at 916 Kennedy Street, NW.

DC Fire and EMS tell WUSA9 the five-story building that collapsed was currently under construction. The building collapse occurred as severe weather swept through the DMV area.

DC Fire and EMS officials actively engaged in a rescue effort to reach and remove the one trapped male worker. As of 4:55 p.m., crews successfully removed the trapped worker and transported him to a nearby hospital with serious, but non-life-threatening injuries.

Four workers who were involved were transported to a nearby hospital with non-life-threatening injuries.

Two nearby homes in the area have been evacuated for precaution, officials said.

Victor Villatoro, a neighbor in the area, spoke with WUSA9's John Henry detailing that the building was under construction for the last year before it collapsed.

"All of a sudden it started thundering and raining...then the building just collapsed," Villatoro said. "It sounded like a big boom boom boom. Like a big bomb. I'm just shocked."

RELATED: VERIFY: No, investigators have not released a cause for the condo collapse near Miami