The Fairfield county area suffers from the worst air pollution in the state due to it's proximity to the New York metropolitan area. 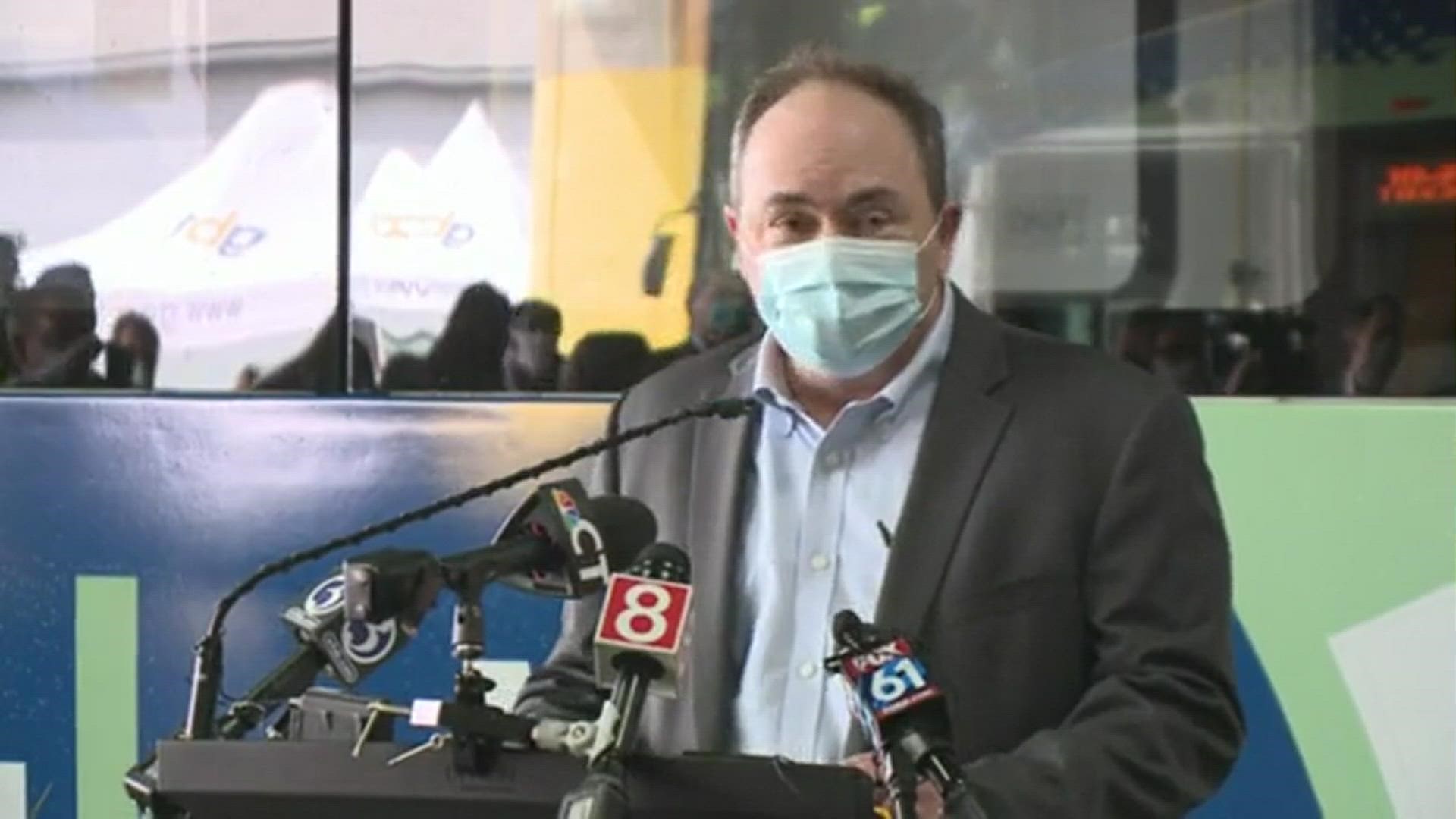 These are the first buses to enter service under CTDOT’s electric bus initiative. The buses feature zero tailpipe emissions and will use 125 kWh electric bus chargers installed at the GBT bus maintenance facility. Each replacement of a diesel bus with an electric bus will avoid 230,000 pounds of carbon dioxide each year – the equivalent of planting 5,000 trees.

"This program illustrates our commitment not only to public transportation and the thousands of Connecticut citizens who rely on it every day, but also to the environment," Governor Lamont said. "This green technology is state-of-the-art and will serve us for years to come with clean, safe, reliable service, which is the best way to get people out of their cars and onto buses and trains."

Historically, the Fairfield county area suffers from the worst air pollution in the state due to it's proximity to the New York metropolitan area. Since the buses do not have internal combustion engines, they don't emit greenhouse gases.

Funding for the project came from the Federal Transit Administration (FTA) and CTDOT. Other project partners include the Connecticut Department of Energy and Environmental Protection (DEEP), the Connecticut Public Utilities Regulatory Authority (PURA), Center for Transportation and the Environment (CTE), Proterra and Wendel.

Electric powered vehicles are less expensive to maintain, which, in addition to the lower cost of electricity versus diesel or other fuels, will keep the costs down.

Coming up at about 11:20, @GovNedLamont hosts the press conference at @goGBT, where Connecticut’s first battery-electric transit buses will be showcased. @FOX61News pic.twitter.com/kXETJHCMQb