Taking only two days artists poured of hours of work to paint the 16 letters to spell out “Black Lives Matter” in front of the city hall. 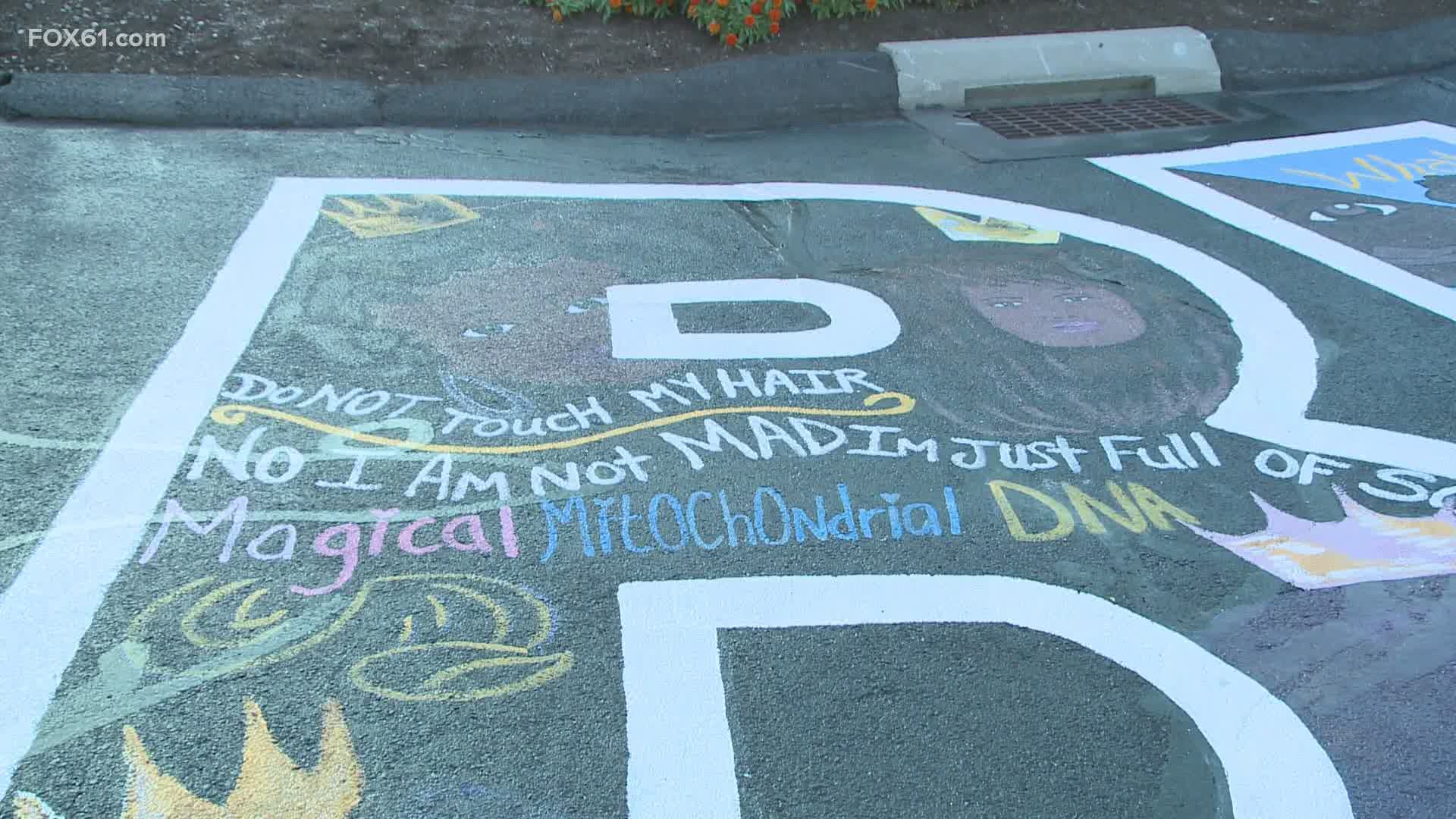 BLOOMFIELD, Conn. — In Bloomfield, on Tuesday night a Black Lives Mural was unveiled. The first of three murals that will be around town. Taking only two days artists poured of hours of work to paint the 16 letters to spell out “Black Lives Matter” in front of the city hall. Local artists gathered along with community members during Tuesday nights unveiling.

Trae Brooks designed and painted the “A” which features various colors, two eyes, and a heart.

"Representation matters so we all want to be seen and heard and that sort of the just of what I was trying to get with my piece,” said Brooks.

Sharing with FOX61, Brooks thought it was incredible to have community support from a town he grew up in.

A few letters over co-workers Zazzarro Decarirsh & Corrine Patterson designed the “L”. Inside symbols of love and unity were placed in the letter.

"Then I came down to show the world because it’s about the whole world it’s just not the United States the black lives movement is worldwide. I came down with the two hearts that are intertwined that’s the love and I went to the peace and unity because together we can conquer all things need, ” said Decarrish.

The Hartford Foundation for Giving granted $6,640 to the town of Bloomfield. The Bloomfield Town Council voted to have the Black Lives Matter murals created at three sites including the Town Hall, a location on the East Coast Greenway, and a third location that has yet to be determined.