Sadiqa Reynolds with Louisville Urban League called for Mayor Greg Fischer to make a change or step down. 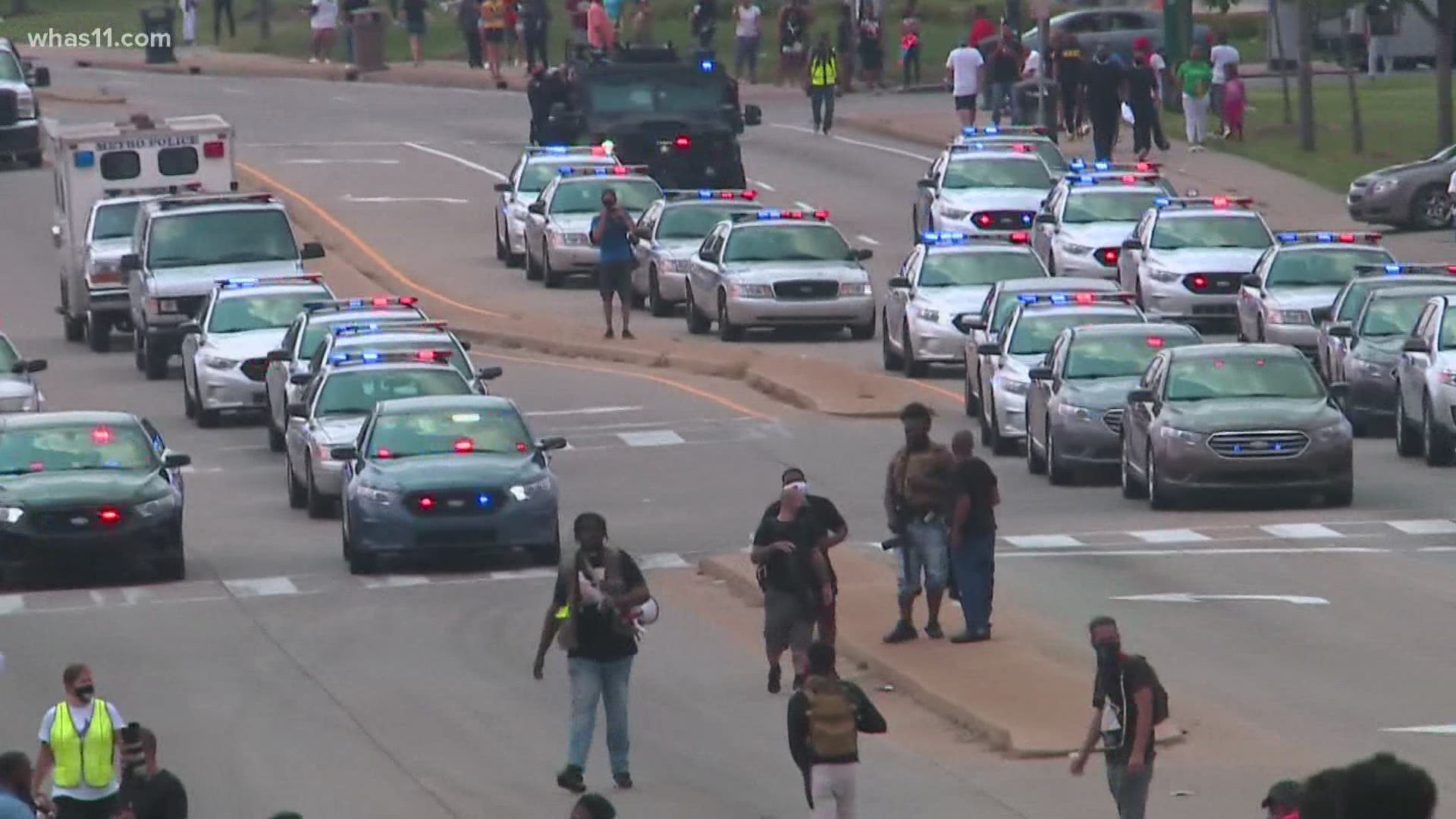 LOUISVILLE, Ky. — While Louisville police said the more than 60 people arrested during protests Tuesday were breaking the law by blocking roadways, community leaders called the arrests problematic, saying the city is at a tipping point.

Those participating in Until Freedom's "Day of Action" across South Louisville were stopped by LMPD near Cardinal Stadium. Police said the protesters were obstructing the roadway, saying anyone who did not turn around would be arrested.

Louisville Urban League President Sadiqa Reynolds said police meeting protesters with riot gear and threats of arrests, though, is the wrong way to handle continued protests across the city.

Reynolds and other community leaders spoke about the arrests during a press conference Wednesday, saying police were not giving protesters clear direction as they demonstrated. Instead, Reynolds said LMPD handled the situation aggressively.

The mayor, though, said every protester has a decision to make and when they break the law, there will be consequences.

"When you block the road way like that, that's the response," Fischer said. "Officers said multiple times to disperse."

Fischer said he thought the day was a good day overall, but Reynolds and others disagreed, called Tuesday night a tipping point.

LMPD released video of an incident outside Metro Corrections just before midnight. Police said a woman jumping out of the way of an LMPD cruiser hit her head on the curb. Moments later, dozens of other vehicles and protesters come to the scene.

Reynolds said moments like that should not be happening, and called for Fischer to make a change or step down. Fischer, however, said he would continue to serve out the rest of his term.

Reynolds also called on the business community to stand with them in calling out injustice, saying if the city had equity and justice for Black people, they would not have to raise their voices and protest.

Until Freedom, the organizers behind Tuesday's protesters said they said they are meeting with local groups today to work on future plans.