One couple who made it their mission to find Lucy after she ran off during the attack. 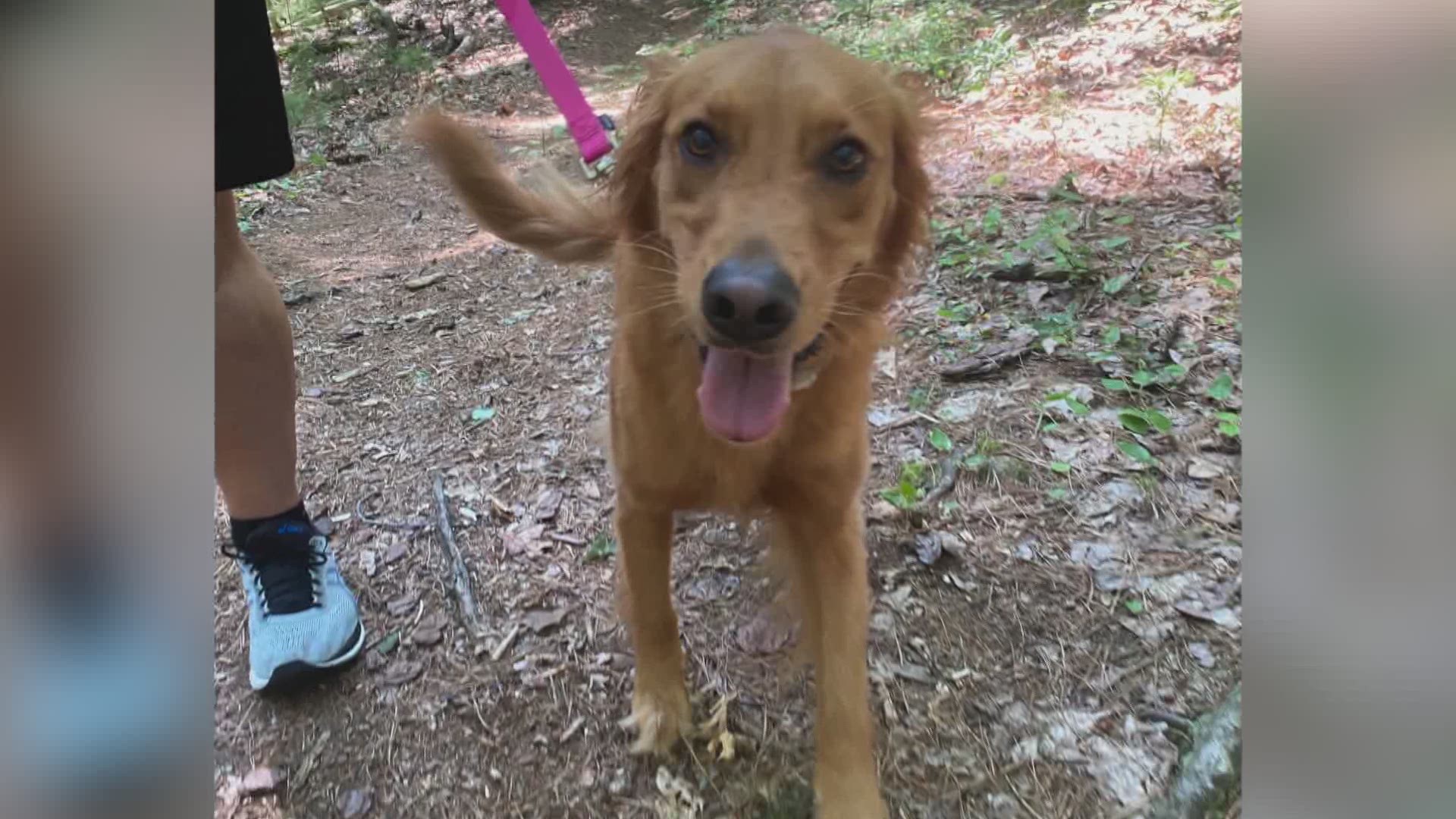 SIMSBURY, Conn. — A very happy ending for a man and three dogs after they encountered a mama bear at a game refuge in Simsbury.

One couple who made it their mission to find Lucy after she ran off during the attack.

"When we heard about a dog lost in the woods we were like, this is right up our alley," says Nathan Frappier of East Granby. "Let's see what we can find."

Angelina and Nathan Frappier were hailed as heroes Lucy's owner, Joelle Newton. The couple discovered she was missing after she ran away from a bear in Mclean Game Refuge Sunday morning.

"We were just the fortunate ones to kind of stumble upon her," says Angelina Frappier.

They found her in the same spot where the incident happened.

"My father spotted the pink leash right underneath her and we were like, 'Wow, there she is,'" says Nathan. "It's incredible because the chances going into that were... we're going to do our part and try to help and see what we can find, but we had no idea we'd come across her."

The Frappiers say they spoke to Lucy's trainer, Dan Lee. Simsbury Police say he was walking with his two dogs and Lucy when a bear attacked his dog.  The Department of Energy and Environmental Protection says while Lucy was on a leash, two of the dogs were not. Lee interfered and the bear bit him in the leg. One of his dogs needed surgery, but both he and his dog are expected to be okay.

"He got help and then he went back into the woods to go look for Lucy again," says Angelina. "He's an amazing person."

Lucy's owner, Joelle, told FOX61 she is overwhelmed by the community support and that people she had never met were looking.

"We must have come across a dozen or two dozen people who were hiking out there or driving the surrounding roads that were like, 'Oh, we're looking too!' and anytime someone drove by and saw her, they were like, 'Is that Lucy?'" says Nathan.

The whole neighborhood was out looking for her.

The CT Department of Energy and Environmental Protection says they are not planning to euthanize the bear and are not setting a bear trap. McLean says they are closing the Eddy loop trail and a significant portion of the area where the incident happened. There are signs posted on main entrances to the trail saying to put dogs on a leash.

The entrance to the Eddy Loop trail is off of Firetown Rd in Simsbury. There are signs here warning people to be bear aware but there are no signs telling people to put their dog on a leash.