EAST HARTFORD – It is many girls’ dream to meet their favorite Disney princess. One little girl had it even better and she got to be one. Four-year ... 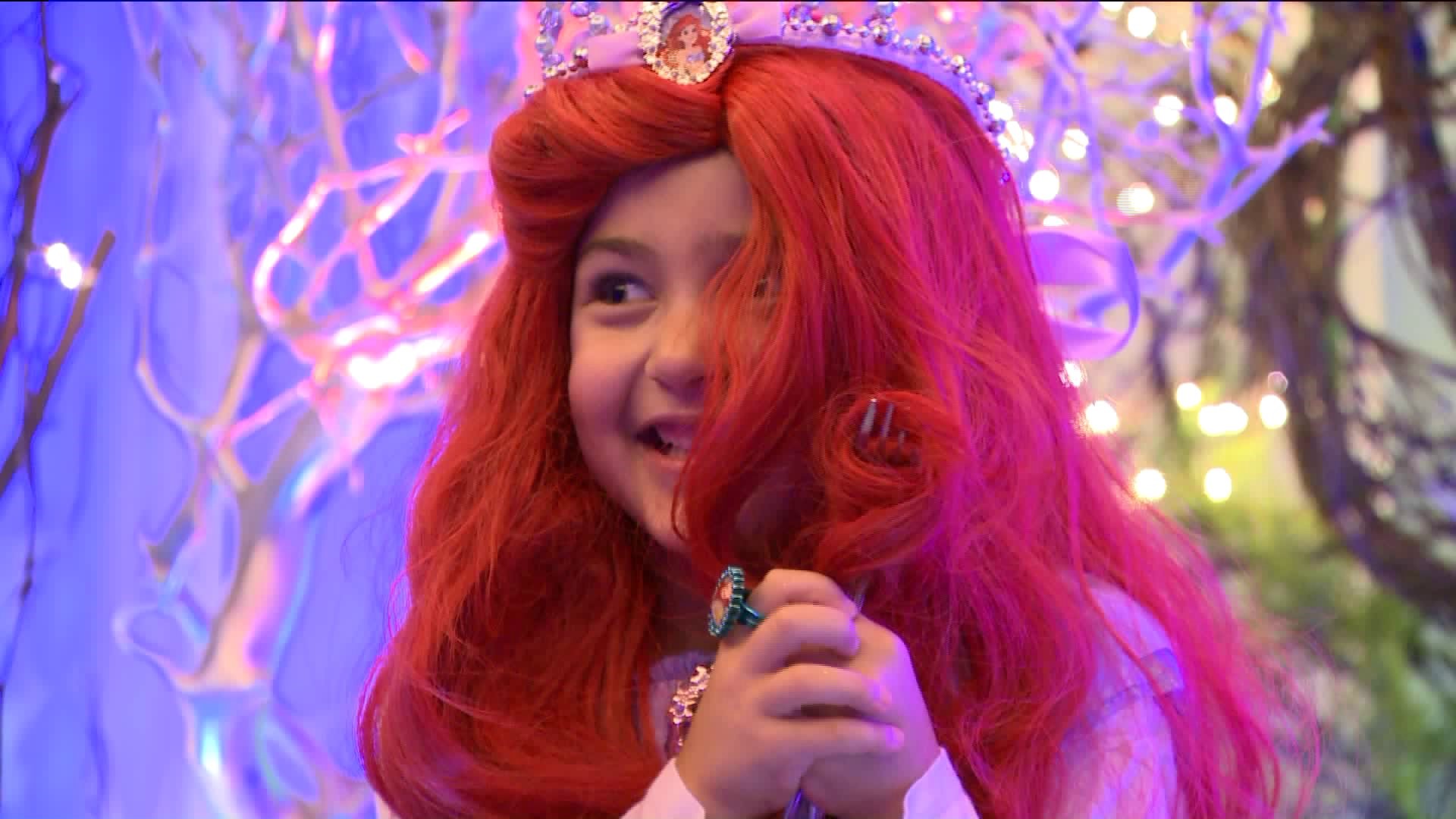 EAST HARTFORD - It is many girls' dream to meet their favorite Disney princess. One little girl had it even better and she got to be one.

Four-year old Vera Antonakis might be tiny, but her laughter can be heard down the hallway.

She was diagnosed with Acute Lymphoblastic Leukemia last November and most of her time afterwards was spent in a hospital bed.
With the efforts of Make-A-Wish Connecticut, Power Station Events and Hoffman Auto Group, she was in for a surprise.

A full makeup and hair team transformed her into Ariel the Little Mermaid.

As she walked through the doors, it was one surprise after another. She was officially under the sea just like Ariel. Power Station Events designers spent hours overnight making a set that was adorned in sea shells, real sand, a treasure chest and of course, a Dingle Hopper!

"I had him focus on the background and the coral reef and then I really focused on her throne and the rock and all the details," said Sara Kekacs, Power Station Events Director of Design.

Al Vagnini and Liz LaCava, the owner and president of Power Station said it was an opportunity they could not turn down.

"It's just really special. I mean, we all work at our jobs very hard and to see a little bit of what we can do to make someone's life a little more special is very touching," said Vagnini, owner of Power Station Events.

"Everyone's like 'what can do we? what can we do?' " said LaCava, president of Power Station Events.

Vera's adventure did not stop there. A magician was waiting for her at the Lexus dealership in East Hartford, so Vera can make her grand entrance on the red carpet.

It was then followed by a big surprise when the magician pulled out the magic card announcing Vera's trip to Disney World.

"I was in shock! I was so happy that my daughters can experience something like that. It felt like a prom or a movie or something!" said Jennifer Antanakis, Vera's mother.

"Very excited! Especially to see the look on the girls' faces - that was the best part of the whole thing!" said John Antonakis, Vera's father.

Vera ended her night with a unicorn cake, treats and a pinata and she was about to embark on her flight of a lifetime.

"As a mom and knowing what it means to raise your child and care so much about that precious being, to see the mom touched so much, it made me fight back tears," said Susan Lane, Strategic Partnerships Senior Leader.