NIANTIC – Connor Ealden is ten years old and is the most avid Boston Red Sox Fan you’ll ever meet. Diagnosed with Cystic Fibrosis shortly after birt... 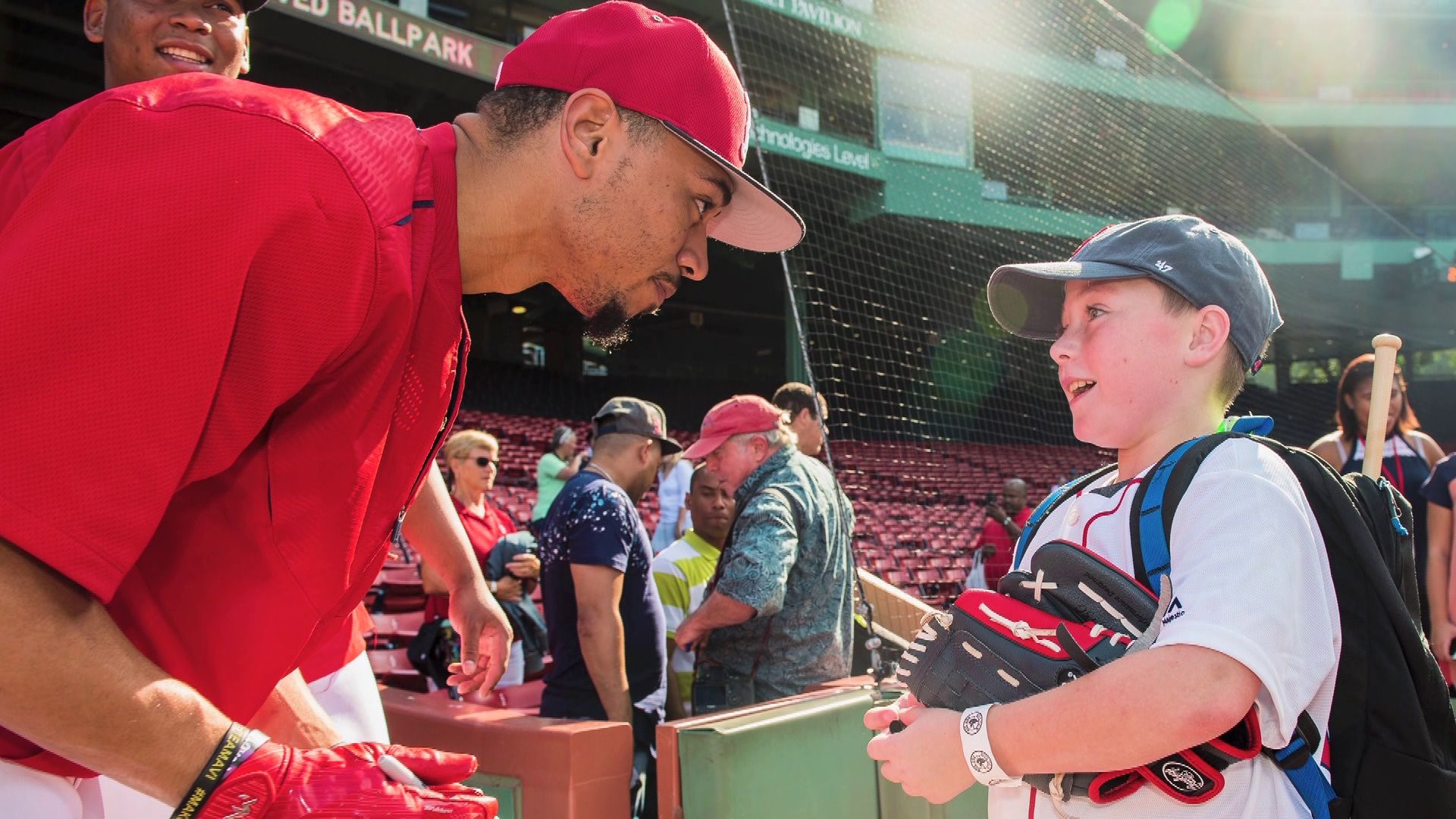 NIANTIC - Connor Ealden is ten years old and is the most avid Boston Red Sox Fan you'll ever meet.

Diagnosed with Cystic Fibrosis shortly after birth, Connor has had a rough 10 years. To make his treatments go by faster, he watches his team and doesn't miss a single game.

Connor and his mother, Jessie Manfredi, contacted the Make a Wish Foundation to see if Connor was eligible to get a wish granted, turns out he most definitely was.

More than anything in the world, Connor wanted to go to Fenway Park with his family. The Make a Wish Foundation had a donor who connected with Connor's story and his passion for the Red Sox.

Mark Anziano is also an enthusiastic Red Sox fan. When he heard about Connor's struggles he wanted to donate the money to make Connor's wish come true. At a surprise celebration, all of Connor's family and friends gathered together to tell Connor that his wish had been granted! He was going to Fenway Park not only to see his favorite team, but have a private meeting with his all-time favorite player, Mookie Betts.

After they went to the game, FOX61's Ben Goldman caught up with Connor and his mother back at their home to hear about the experience at Fenway.

Needless to say, Connor was still glowing and when asked if he would ever forget his day at Fenway Park as long as he lived his answer was simple but perfect, "Never!"