Man arrested in connection with abandoned dog found in Branford

The shelter said that the dog was at least 10-20 pounds underweight and had démodex mange, overgrown toenails, and had pressure sores from being crated 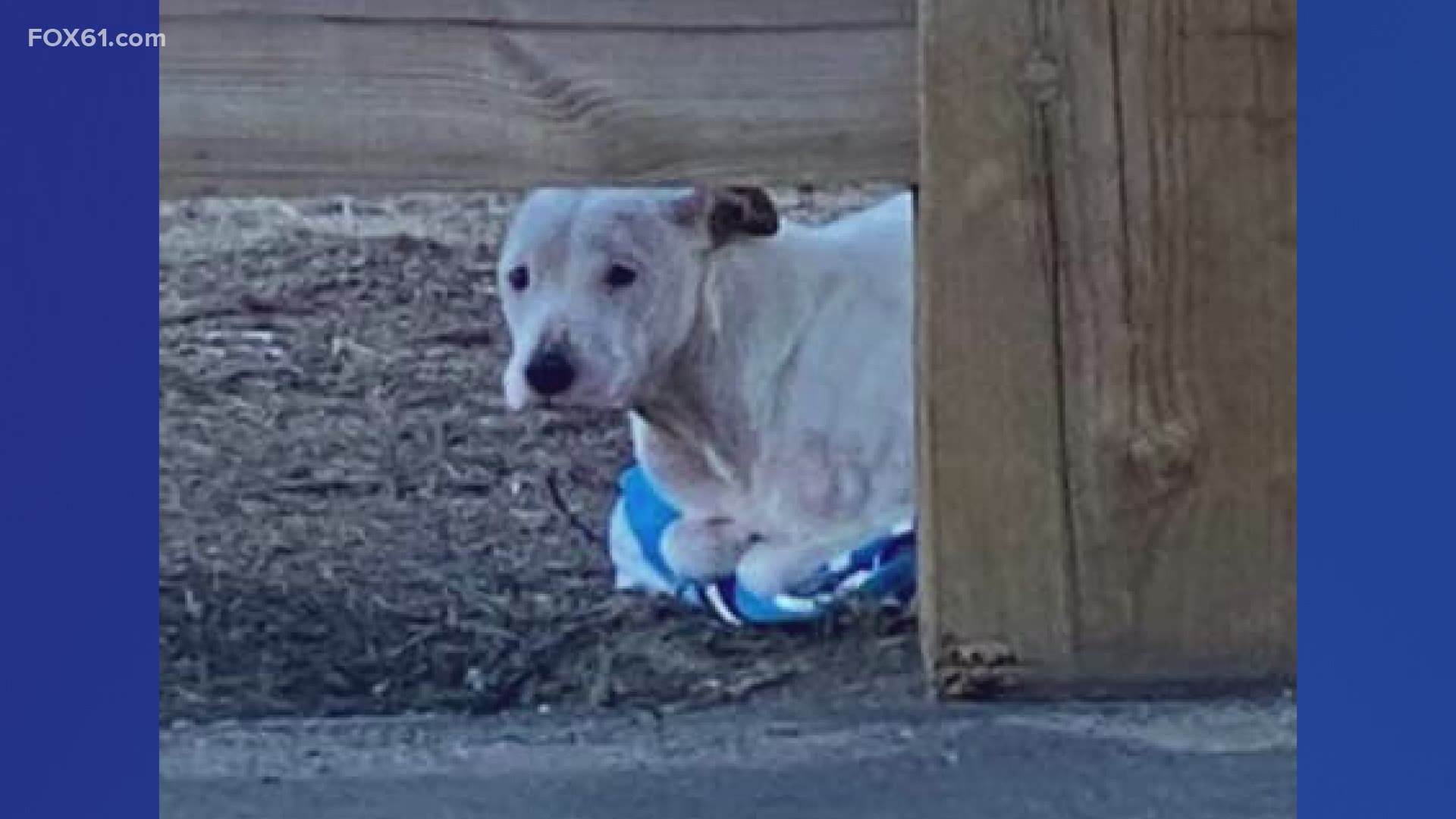 BRANFORD, Conn. — A man was arrested in connection with an abandoned dog being found by the side of the parking lot in Branford.

The Branford Animal Control Department says an arrest warrant was issued for Bless Rivera for one count of animal cruelty. The warrant was executed on March 2.

A  two or three-year-old pit mix was found by the side of the road on a towel near the parking lot of the Branford Community House on the morning of January 24.

The dog was taken by Animal Control officers to the Dan Cosgrove Animal Shelter. It was affectionately named Lincoln by shelter staff.

Staff members said Lincoln was at least 10-20 pounds underweight and had démodex mange, overgrown toenails, and had pressure sores from being crated.

Animal Control Officers say through their investigation and with the media's help, Rivera confessed.

Almost a month later, the animal shelter said Lincoln found a forever home. The Dan Cosgrove Animal Shelter posted a brief video of Lincoln's progression on their Facebook page, showing the first moments he was found on the side of the road to him and his new owners.