The Honda struck a plate glass window of the bank located at 680 Park Street. 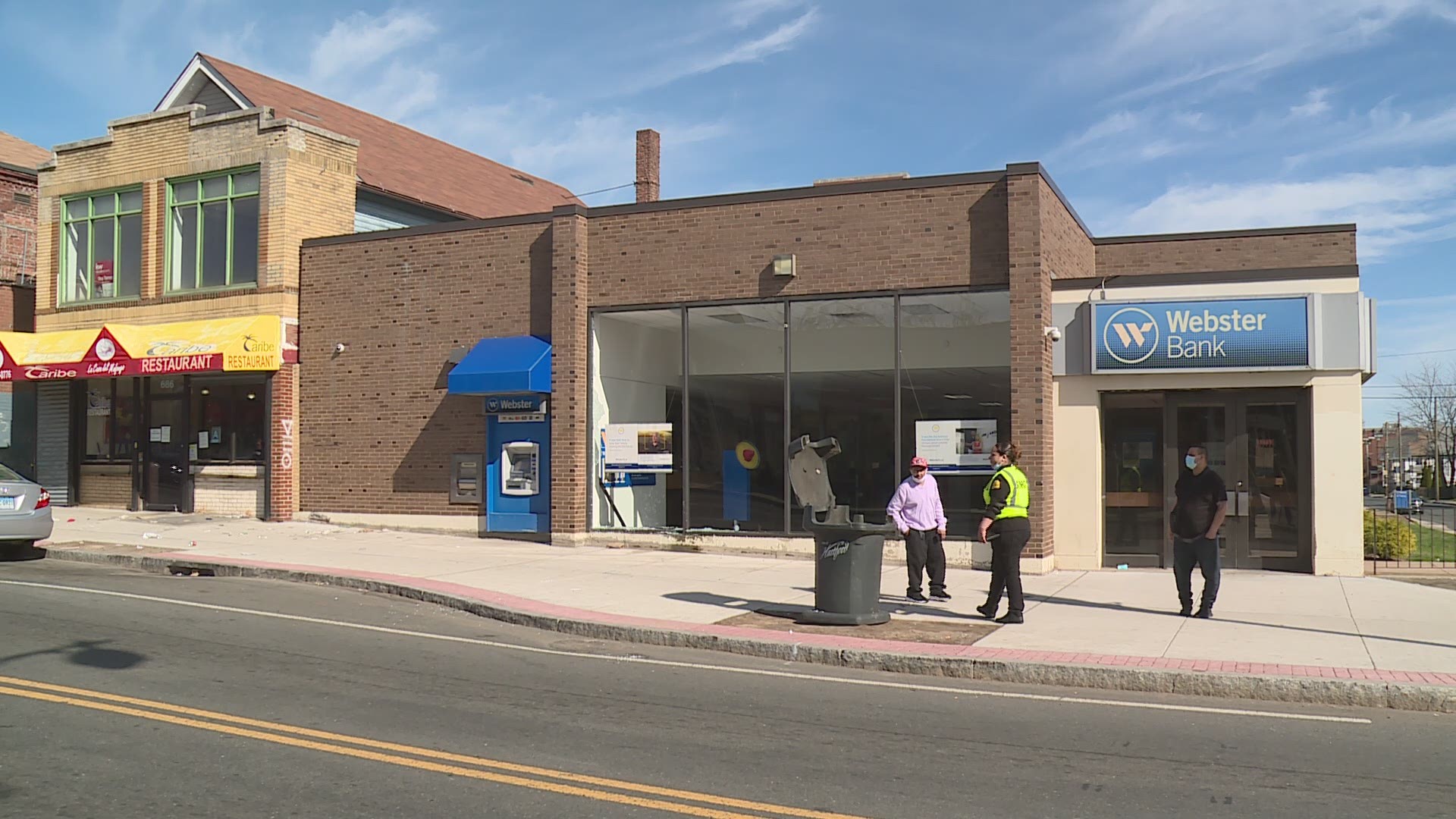 HARTFORD, Conn. — A man fleeing a Distracted Driving Checkpoint in Hartford plowed his vehicle into the side of a Webster Bank on Wednesday morning.

Police said the department's traffic division was conducting a checkpoint in the area of 1200 Park Street around 8 a.m. when they observed the driver of a green Honda using his cellphone.

The driver was signaled to stop by officers at the checkpoint. He initially began to comply but quickly accelerated and drove directly toward an officer on foot, nearly sticking him.

Police initiated a brief pursuit of the vehicle, during which the Honda struck a plate glass window of the Webster Bank located at 680 Park Street.

The driver - later identified as Domingo Quinones - ran out of his vehicle and fled on foot. He was taken into custody soon after.

No injuries were reported.

Quinones, 36, of Hartford, was arrested on charges of use of a handheld device while driving, disobeying an officer’s signal, reckless driving, criminal attempt to commit assault, engaging police in pursuit, evading responsibility, operating with a suspended license, interfering with police and possession of narcotics.