A deer ran out in the road and what could have been a tragedy ended up with the man walking away with some cuts and bruises. 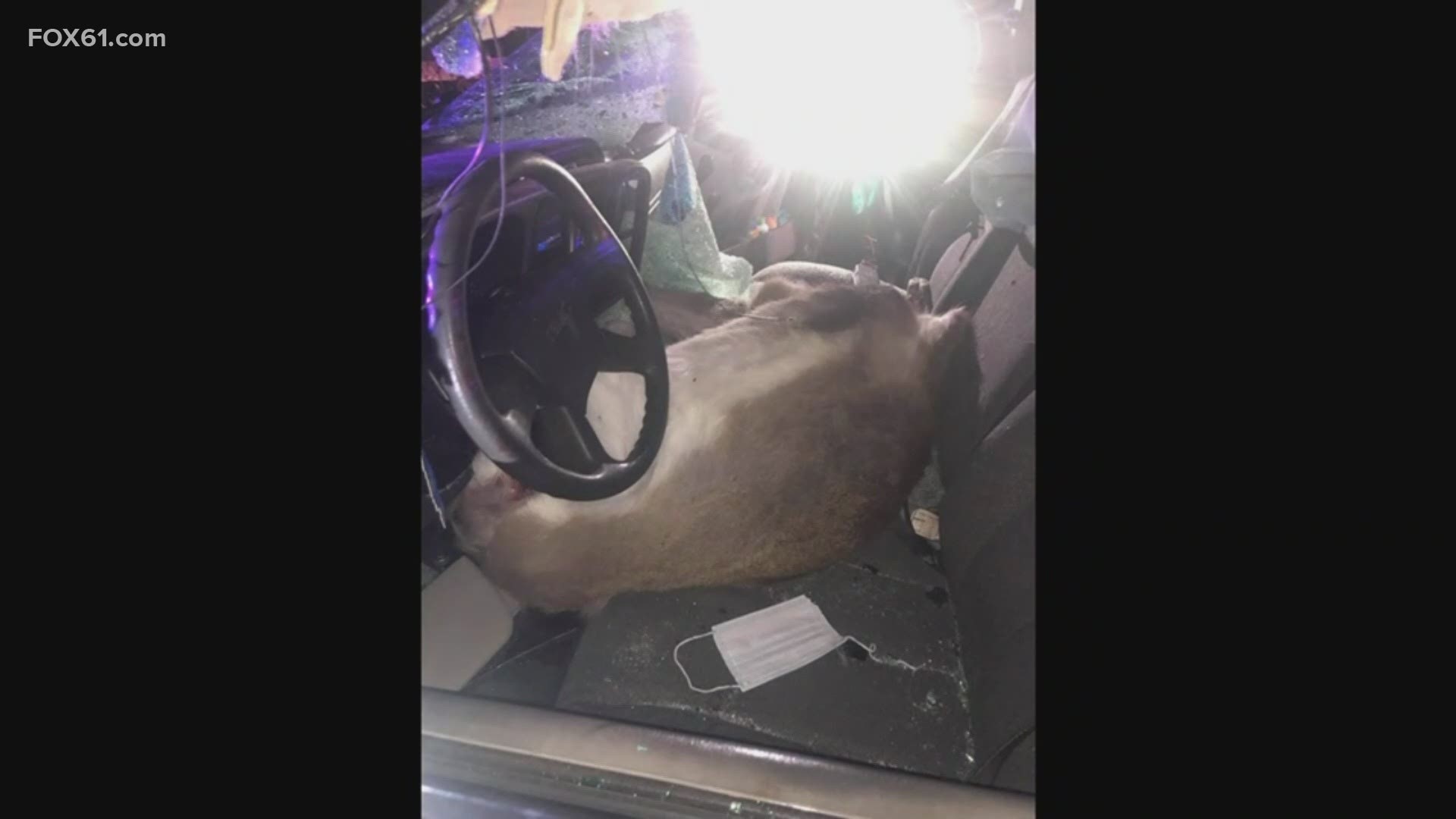 CHESHIRE, Conn. — A Meriden man said a miracle happened to him Sunday night.

A deer ran out in the road and what could have been a tragedy ended up with him walking away with some cuts and bruises.

"Deer hair everywhere. There was deer hair in my cuts on my face," said Daniel Gregoire of Meriden.

It happened shortly after 11 p.m. Sunday when Gregoire drove on South Meriden Road when all of the sudden, a large deer ran out into the road. The car in front of him hit the deer, it flew in the air and landed on Gregoire's windshield and inside his car.

Gregoire said when the deer flew into his car, it landed by his lap area near the passenger seat and thankfully not directly at his face.

"It was pretty surreal to have this big animal in the truck cab with me next to me. I could almost feel the warmth off his body at first," added Gregoire.

Gregoire showed a cell phone video to FOX61 of his newly registered truck being towed away that night. What appeared to be a nasty accident ended in a not-so-bad way.

"Just some facial lacerations I think. One on the side here and this one and then just little shards of glass all on my face," added Gregoire.

Gregoire's mother posted the accident photos on the Cheshire Community Forum page on Facebook which received tons of comments and one of them was from a first responder.

"The firefighter that saw my mom’s post saw the two pieces of pizza that were in the truck and he said oh you didn’t get to eat your dinner. He’s like I’ll buy you a pizza and got me a gift card to Zuko’s," added Gregoire.

As a takeaway from what happened, he said he even took the antler from the deer as a way to remind him how blessed he is.