People lined up to donate food as well as dog food 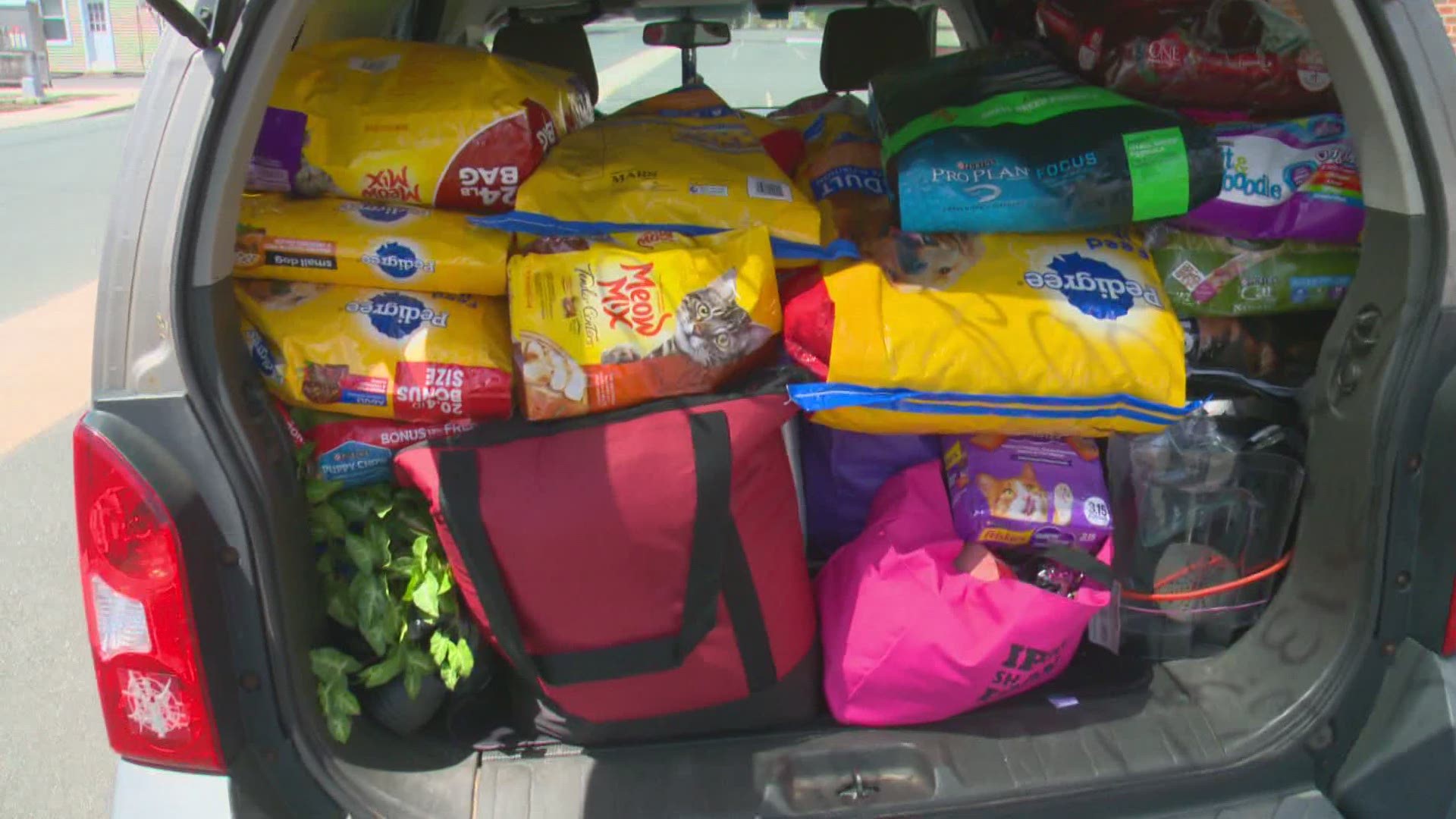 MANCHESTER, Connecticut — The Manchester community is stepping up to help when it’s needed most.

"For some people, they’re blessed and things are good, their pantry is stocked, but for other people not so much and so this is a chance to really share in that and help our neighbors," said Patrick Barber, the minister at the Manchester Church of Christ.

It was evident people wanted to be there for their neighbors at two separate food drives Saturday, benefiting people and their pets.

"Our organization is one that likes to help wherever it’s needed," said Cynthia Young of the Manchester Elks Lodge. They collected pet food to help people who may be having trouble feeding their pets right now.

"A lot of us that’s our children. we treat them just like that so they need to be taken care of," said Young. "The need is there, people know it, the community knows it and they’re stepping up like they usually do," she said.

At the Manchester Church of Christ, car after car dropped off bags of groceries that will go to MACC Charities, which provides a number of services including a soup kitchen, food pantry, emergency needs, and outreach to the homeless. While it serves the community year-round, the need now, is greater than ever.

However it’s able to keep going thanks to times like these where people show up for one another.

"As much as the need has been overwhelming, the giving and the support of the community has been overflowing," said

Beth Stafford, executive director and CEO of MACC Charities. "We don’t have anything without the force behind us and we just can’t say thank you, just words don’t seem to be enough," she said.

If you are in need of food and are a Manchester resident, you can visit MACC, no questions asked.