Manfredonia pleads not guilty to charges in Derby murder, kidnapping

Manfredonia was formally charged with murder, felony murder, kidnapping with a firearm, robbery, and carrying a pistol without a permit and held on $5 million bond. 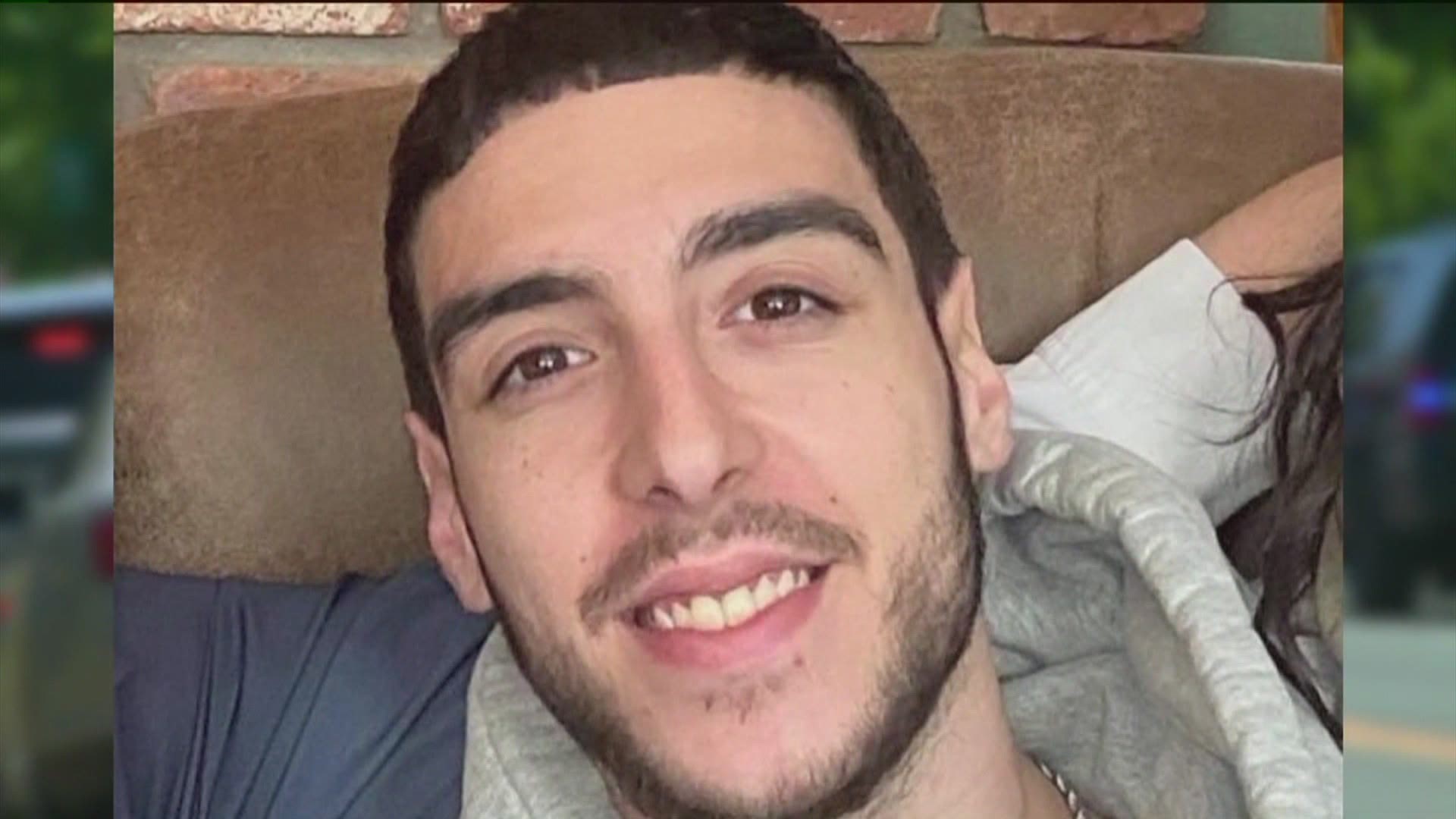 DERBY, Conn. — Peter Manfredonia has plead not guilty to charges in connection with the murder of Nick Eisele and the kidnapping of a woman.

Manfredonia was formally charged with murder, felony murder, kidnapping with a firearm, robbery, and carrying a pistol without a permit and held on $5 million bond, and appeared in Milford court on Tuesday.

Atty. Gene Riccio, who represents the woman who was allegedly kidnapped by Peter Manfredonia, read a statement from his client. “Nicholas Eisele will forever be remembered as a loving, protective boyfriend, but also a hero following his own selfless actions on that day.”

Manfredonia had been previously charged in connection to the murder of Ted Demers in Willington, with:

The arrest warrant in the latest case details the events after the Demers murder. police said Manfredonia broke into the home of a Willington man and held him at gunpoint until Sunday morning.

Manfredonia went to Derby, according to police, and crashed the truck in a state park.

Police were called to Nick Eisele's apartment, where another tenant in the building had discovered Eislele's body and told police that Manfredonia had left the scene in a Volkswagen Jetta along with a woman who also lived in the apartment. Eisele and Manfredonia knew each other from their childhood in Newtown and Eisele had been concerned about Manfredonia showing up.

Several hours later, police received word that the woman had been dropped off in New Jersey and had been picked up by a good Samaritan.

The woman told police that she had met Manfredonia, two or three months earlier when he had bought marijuana from Eisele. She told police she had awoken Sunday morning to Eisele and Manfredonia struggling. Eisele yelled at her to call 911. Police said she told them Manfredonia and Eisele were still struggling as the pair entered the bedroom and Manfredonia ripped the phone out of her hand.

She told police that she ran into the living room and curled into a ball, and heard two gun shots. Manfredonia returned, asking for the keys to the Jetta and then told her he was taking her with him. She said she saw Eisele lying on the floor, not moving.

She told police that Manfredonia allowed her to get dressed and put $2,000 in a duffel bag. They left the apartment and she drove the Jetta while Manfredonia was in the passenger seat, holding the gun.

She said she drove erratically in hopes that the police would stop her, eventually heading toward New Jersey. She said he talked about the murder in Willington, and that he said something triggered him and he just snapped. He then spoke about the man who was held hostage in Willington.

At a truck stop in Columbia New Jersey, near the Pennsylvania border, she said they stopped and Manfredonia tried to arrange through someone at the rest stop for an Uber, but none was available. After a time, one was available, and arrived. Manfredonia left in the Uber, giving cash to the woman and to the man. The woman got into her car and left the area with the man who assisted them and called 911.

Manfredonia was later spotted in Pennsylvania and was captured by police in Maryland several days later.

RELATED: 'He could hide in these woods forever' | Search for Peter Manfredonia intensifies in Pennsylvania

RELATED: Attorney for Manfredonia family: “Their hearts go out to the loved one for the people who suffered over the past several days,”