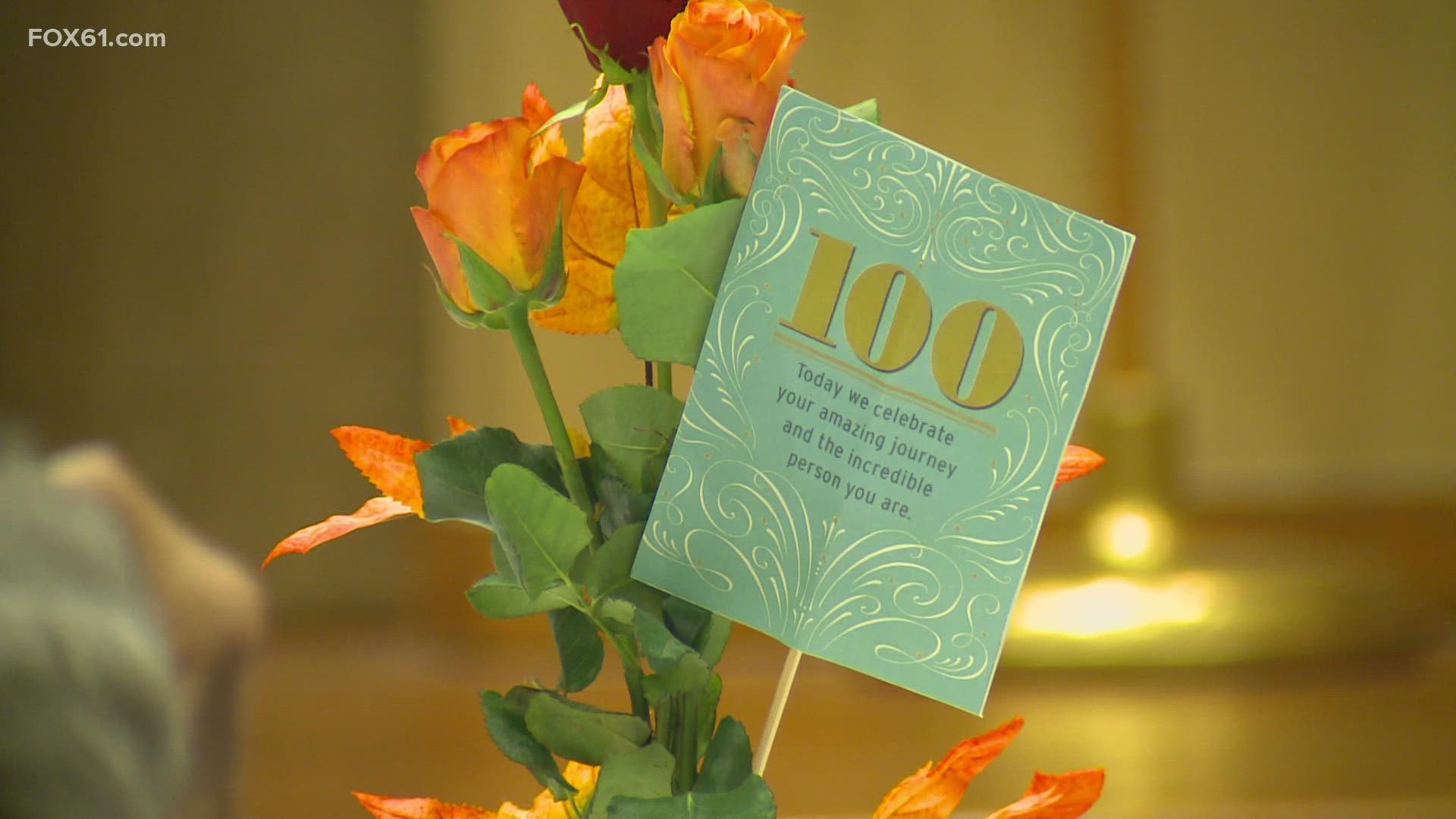 WALLINGFORD, Conn. — COVID-19 has postponed quite a few celebrations, including an annual event honoring Masonicare residents, who reached 100 years of age. But today, that centenarian birthday party resumed.

In the dining room on Masonicare's campus in Wallingford, 14 residents, including two sisters, were honored.

One of those two sisters spoke with with FOX61, saying she can’t wait for her rapidly approaching 100th birthday.

"Well last year it was Camille‘s (her sister) turn and I thought it was pretty swell and this year I think it’s more than swell," Claire Souchuns told FOX61, She turns 100 in January.

When asked for her secret to a long, healthy life, she said she doesn't share secrets with strangers!

One of those ladies was so appreciative of the celebration.

"I think it’s wonderful because I didn’t expect it and it’s just very nice to see all of these people," Blanche Lockert said.

Lockert shares the same birthday with another resident. Both were born August 29, 1918, meaning that they have both lived through two pandemics.