Within the group of people chanting and holding signs, different people chose to express their feelings in different ways. 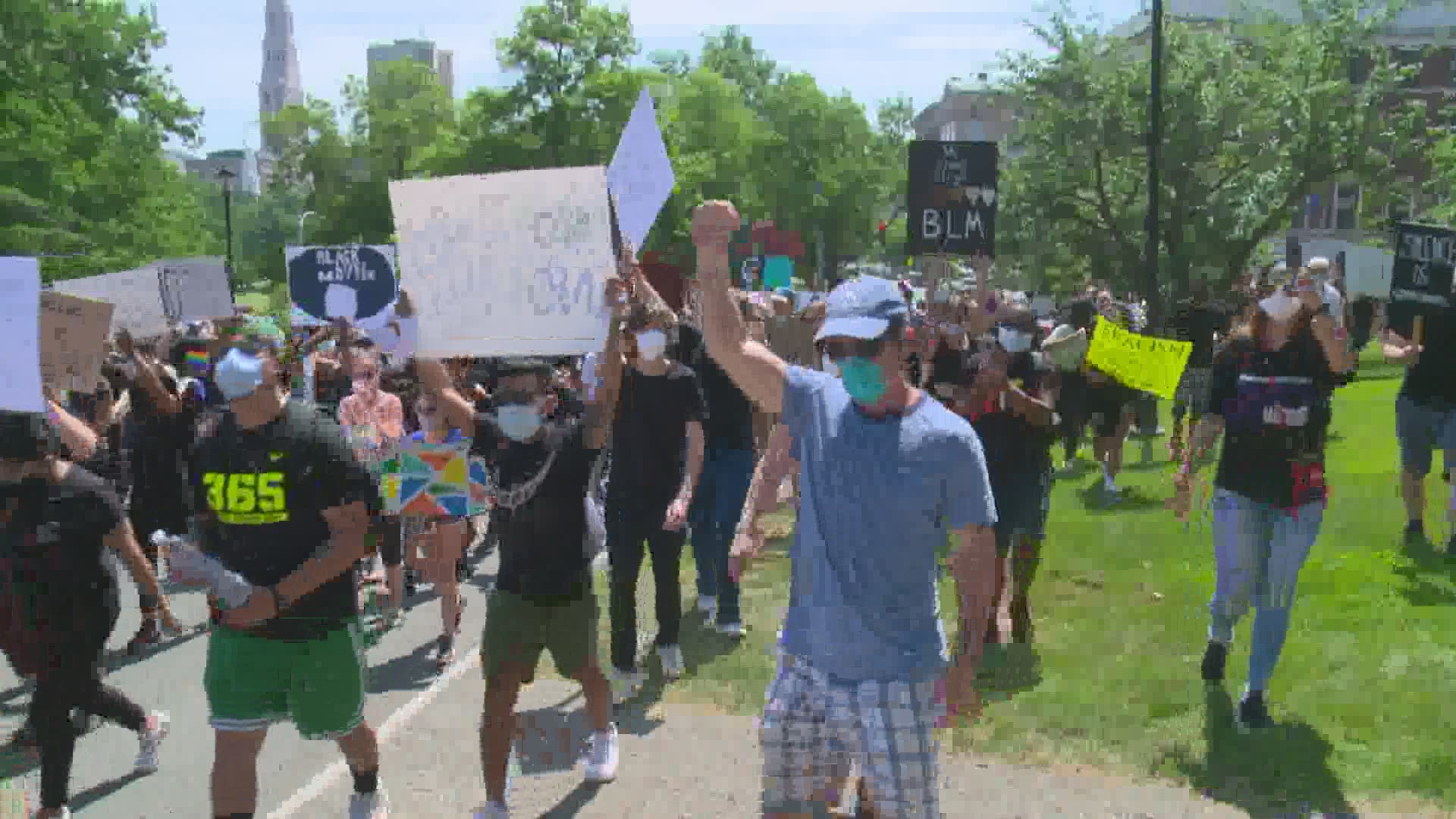 HARTFORD, Conn. — Hundreds of people from all over Connecticut marched to the State Capitol to protest police brutality.

Within the group of people chanting and holding signs, different people chose to express their feelings in different ways.

"I figured it’s only right to come out here and use my talents to kind of express how I feel about everything going on," said Jordan Jones, of New Britain.

Jones is an artist, and painted a portrait on the front lawn, hoping it will send a message.

"What I’m gonna do is write I can’t breathe on the mask, and there’s going to be stars falling, and I painted this black," Jones said. "I really hope they reflect on what’s going on, because it’s really about having people reflect on the situation so they can understand it," he continued.

Another group, thought spreading kindness was the best way to make their voices heard.

"We’ve been collecting donations over the past week. We’d like to help the protest so we’ve got oranges, chips, masks, granola, water we just want to help everybody," said Kamryn Monroe of Windsor.

Other protesters wrote their words on signs, a visual representation of how they feel.

"I stand for them, and I believe that if we don’t stand up now, other people will be harmed and this is the time to make a change," said Anna Cohn, of Enfield.

"Without allies and without other people speaking up it’s just going to continue," said Shelby Ayotte, of Windsor Locks.

Hundreds of people did speak up, different groups turned into one to fill the front lawn of the Capitol.

"I was surprised to see this many people supporting Connecticut because we’re like a smaller state but so I wasn’t expecting many people to come out but I’m really glad that they did come out to support," said Kingston Walker, of Windsor.