Union members accuse the owner of firing workers for supporting the union. 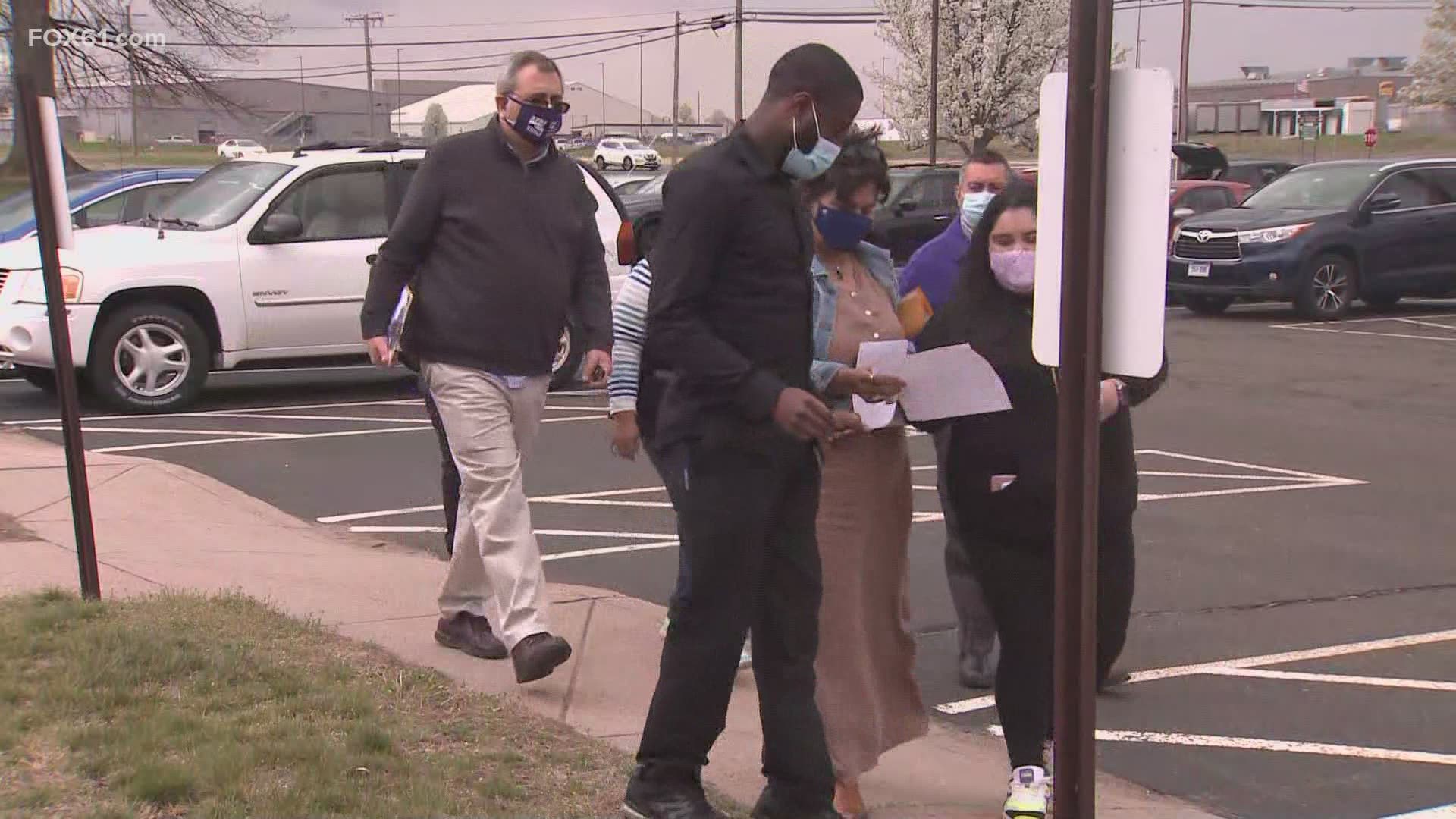 WINDSOR LOCKS, Conn. — McDonald's workers at the Darien rest stop on Interstate 95 brought their fight for a union to the corporate offices of the franchise owner Wednesday.

Workers at the location and members of the Service Employees International Union joined to rally at the corporate offices of Michell Enterprises in Windsor Locks. The franchise is owned by George Michell.

They claim both of these actions violate the rights to organize established by the National Labor Relations Act.

The National Labor Relations Board was investigating whether four workers were never recalled from layoffs due to their support for the union. A decision on that case is pending, according to the union.

“Our bosses think they can just fire anyone who fights for their rights and their dignity,” Andrea Hernandez, one of the Michell McDonald’s workers who was terminated, said in a press release. “But we won’t go away. We will show them the law is on our side.”

Last year, workers at the Darien rest stop franchise, one of the busiest in the nation, walked off their jobs due to concerns the fast-food company is not doing its part in keeping workers safe from COVID-19.

The employees accused McDonald's of putting their health at risk after they say at least two workers came down with COVID-19.

They said the restaurant failed to disinfect or inform them of their sick coworkers. Employees also reported that they have been working without receiving a standard wage and significant benefits including sick time.