The fire happened at a 2-family home on Hobart Street. Officials said a person was making food on the stove and left it unattended when the flames caught. 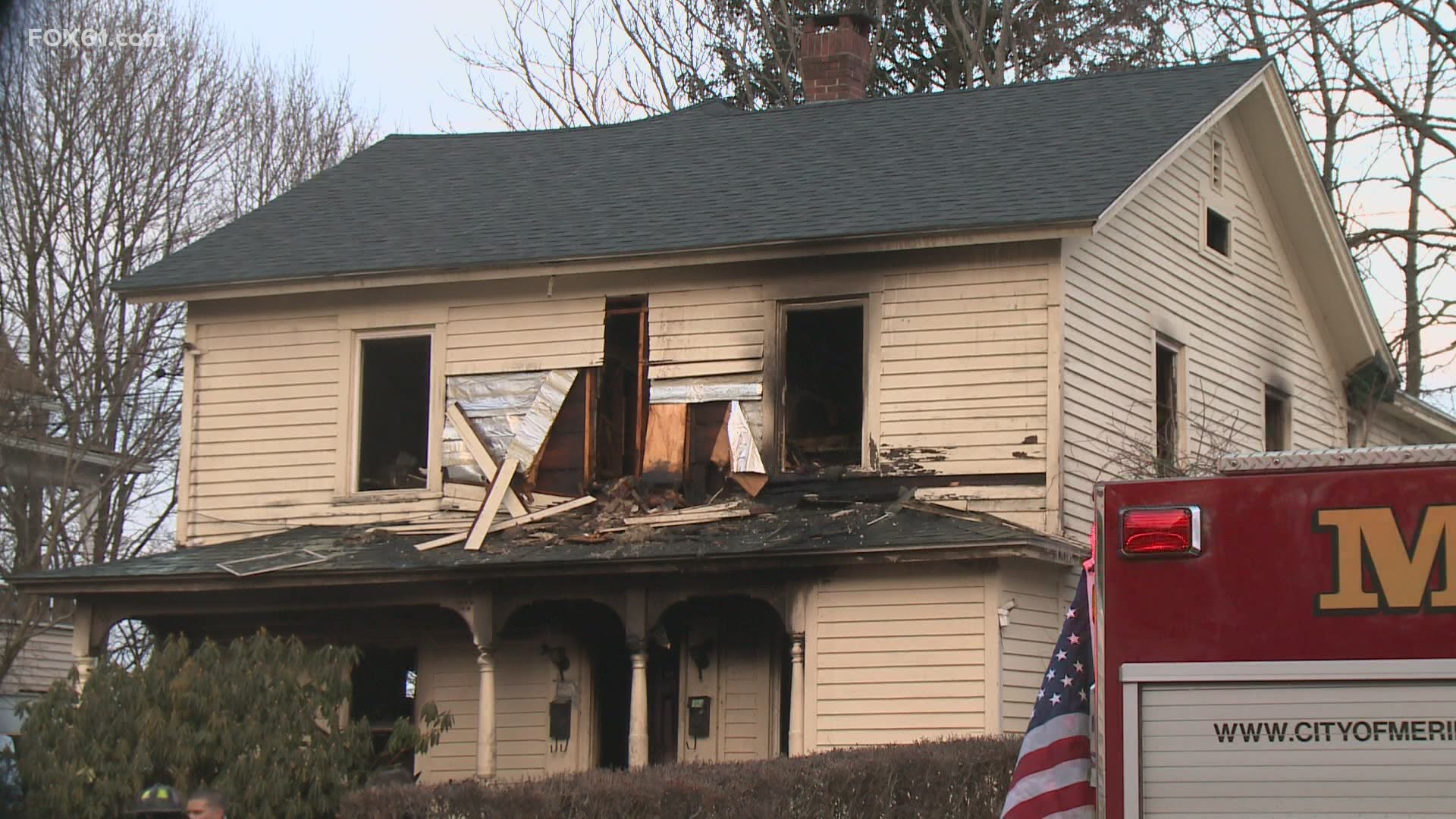 MERIDEN, Conn — Firefighters braved cold temperatures Saturday morning to fight a house fire in the 160th block of Hobart Street in Meriden. According to fire officials, the fire was an accident due to unattended cooking, a common cause.

“The flames were already coming out the sides,” said Nancy Cruz, a resident in the two-family home. “The windows busted. It was an experience that I really don’t wish upon anyone. We lost everything. .....everything.”

Cruz was woken up by her son around 3am with smoke and flames in her home.

She then heard her landlord. “She was banging on the door,” Cruz said. “She wanted to make sure everybody got out.”

It was a frightening experience for her. Cruz said she couldn’t see because of the smoke as she helped her husband out the house without the aid of his walker. Her husband had to be taken to the hospital to be checked out.

“It’s a terrible feeling,” she said. “A scary feeling.”

Meriden Fire Chief Kenneth Morgan said the 8 people in the two family home made it out safely. He said a firefighter was taken to the hospital for an ankle injury but would be OK.

“As you can see the fire is under control now,” Morgan said.

How did the fire start?

“I don’t think you get to see the inside of what a fire looks like and this is the result of unattended cooking,” said City of Meriden Fire Department Fire Marshal John Yacovino.” 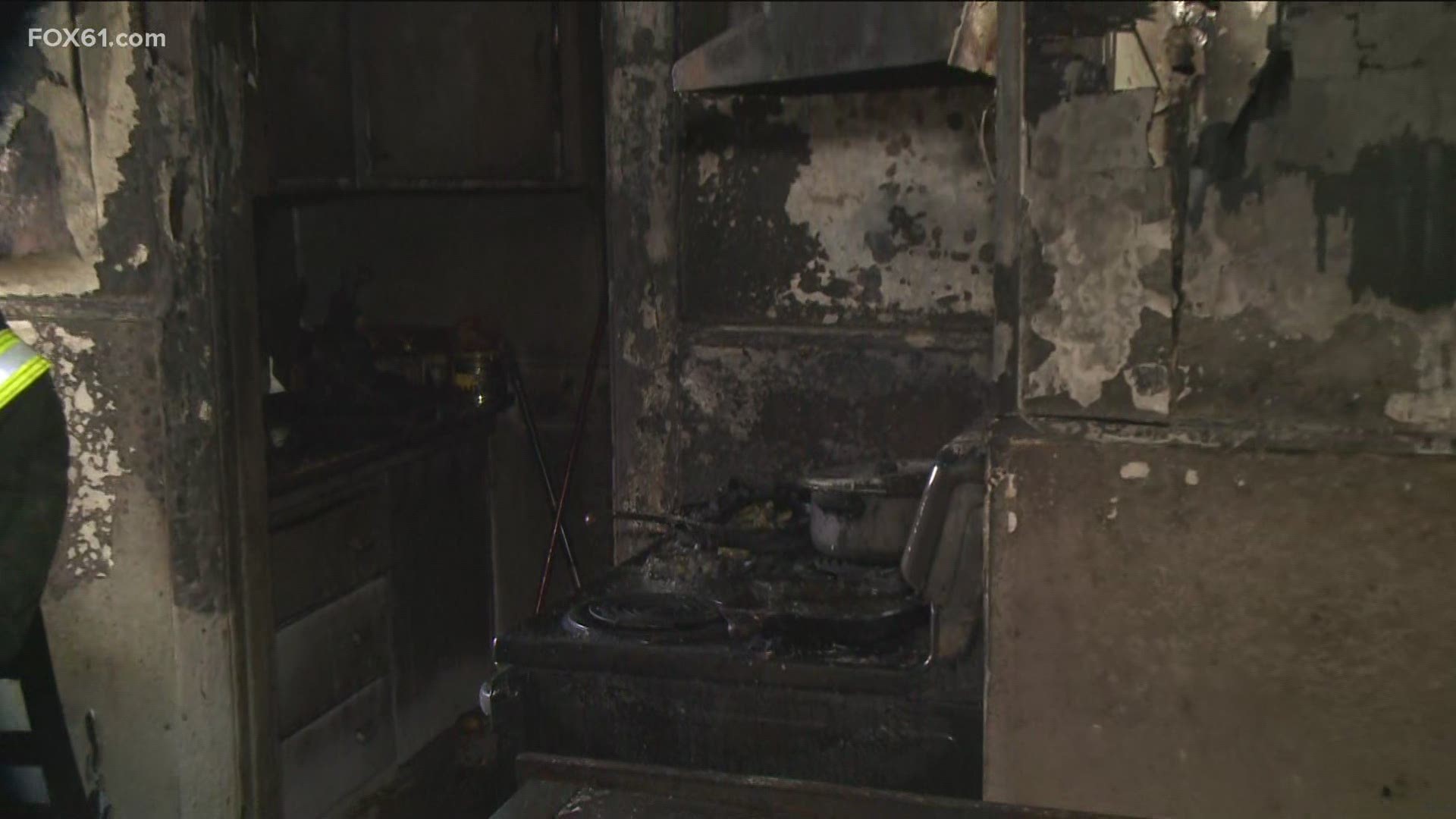 He said the resident was cooking chicken nuggets on the stove and stepped away for a moment. He returned to find a fire that had started and was spreading up the wall.

“I just wanted to stress the importance of when you’re cooking to stay in the kitchen and not leave it unattended because it only takes moments seconds for that oil or whatever to catch fire and this is the result,” Yacovino said.

According to The National Fire Protection Association reports more than 170 thousand house fires have been started by cooking accidents every year.

“Look at the second floor,” Cruz said. “Look at it. I lost everything. No clothes. My son has no shoes.

Yacovino said although he believes the fire was an accident caused by unattended cooking, they’re still investigating the fire. He said the Red Cross is assisting the families in need.

Cruz said the Red Cross provided her with a voucher for a hotel. A friend whom came to visit and comfort her said she’s thinking about starting a “Go Fund Me Page” for Cruz.

Yacovino said there were smoke alarms in the house, but no fire extinguisher present. However, he recommended that if someone is not trained in using an extinguisher it’s best to leave the fire, close the door and call the fire department.