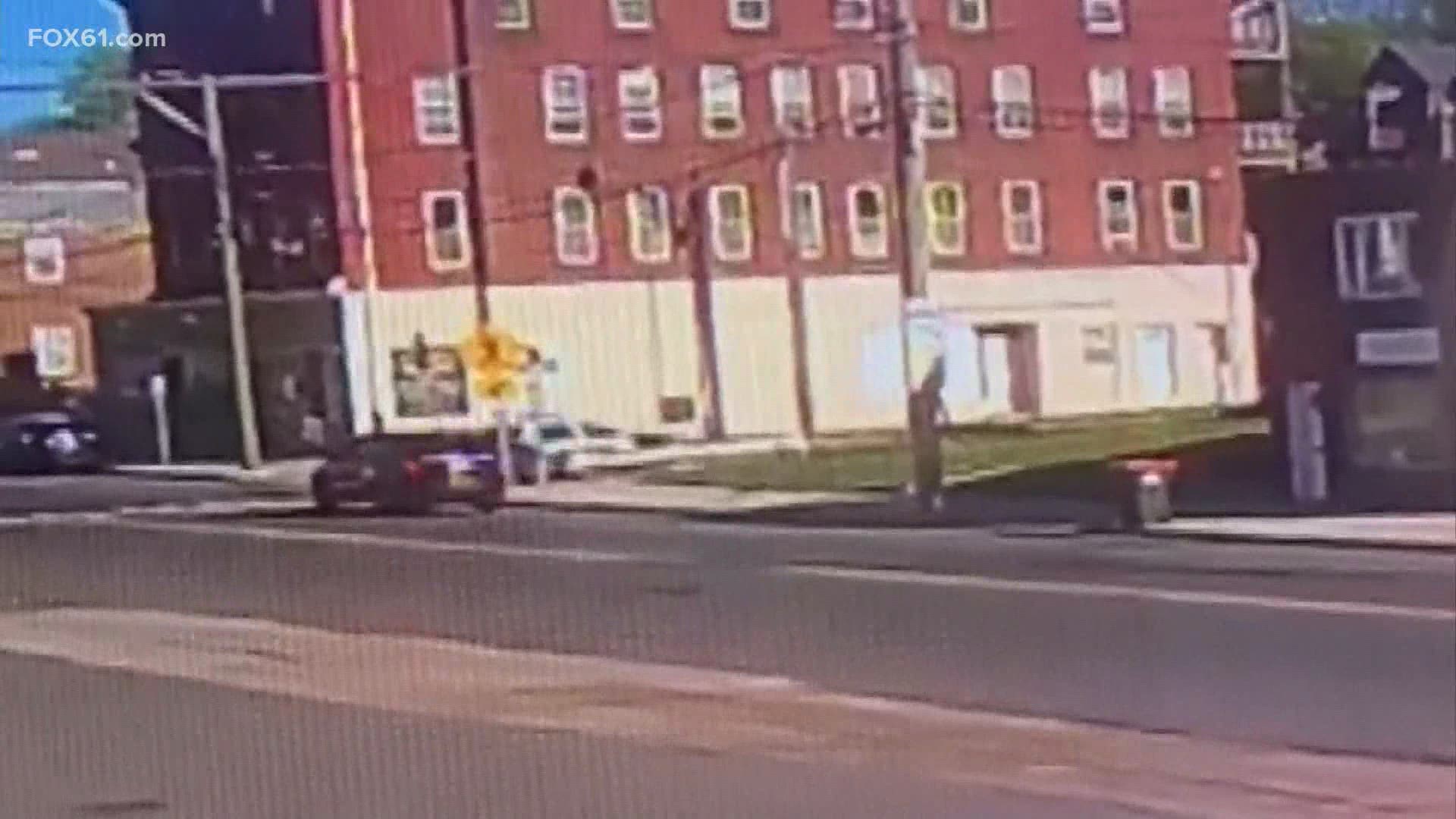 MERIDEN, Conn. — A Meriden man, with no prior criminal history, is now facing two dozen charges, including five counts of assault on a police officer.

"Last night around 5:20 in the afternoon members of our agency observed a vehicle that they believe may have been involved in a previous shooting," said Meriden Police Lt. Darrin McKay.

The encounter occurred on North 2nd Street, just off West Main Street. Several cruisers showed up for back up and boxed in the red Chevrolet Impala driven by 25-year-old Luis Camacho of Meriden, who had two other male occupants in the car - an 18-year-old and a minor.

When officers started approaching the car, Meriden Police say Camacho began driving forward and backward ramming police cruisers and creating just enough space to squeeze his car out and up onto a narrow sidewalk, driving toward West Main Street after injuring five officers. 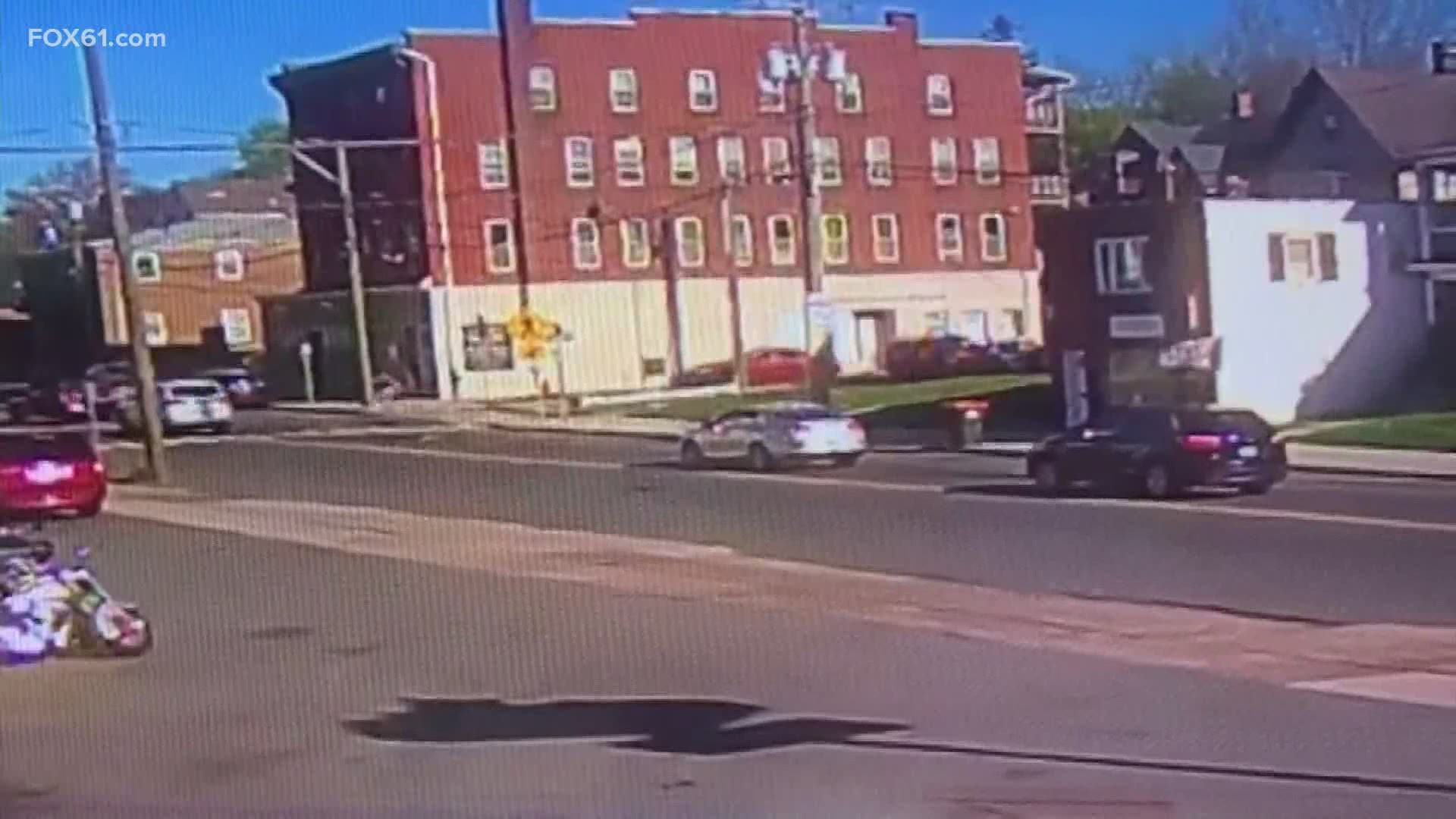 "Luckily, one of our officers was quick enough and was able to deploy stop sticks, a set of stop sticks, and this flattened three of the vehicle's tires," said McKay.

About a mile away, the three occupants of the vehicle dumped the car along Chamberlain Highway and scattered. But police were able to apprehend all three and find two loaded guns the males discarded.

One Meriden officer sustained a broken foot, when the suspect vehicle ran over it and the four other officers suffered injuries ranging from concussions to sprains and strains.

The prosecutor noted during the arraignment that the officers displayed great restraint under duress.

"Obviously when things like this occur training kicks in and they did a tremendous job last night and affecting an arrest in the best way possible, said Meriden Police Chief Roberto Rosado.

She says he told his girlfriend he responded that way toward the police because he was scared "because of everything that is happening in this world between cops and the prejudice in this world," Adorno said.

The officers were all treated at and released from the hospital last night. Camacho is due in the New Haven County courthouse on Church Street on May 18.

Miguel Acevedo, 18, of Meriden, is charged with Interfering with Police.

The 3rd person arrested was a juvenile whose identity will not be released. Said juvenile was charged with:

He was transferred to a Juvenile Detention Facility