NEW HAVEN — Michael Bolton grew up in New Haven and has made it his mission to help heal the hurt that some kids have experienced.. Bolton struggled as an... 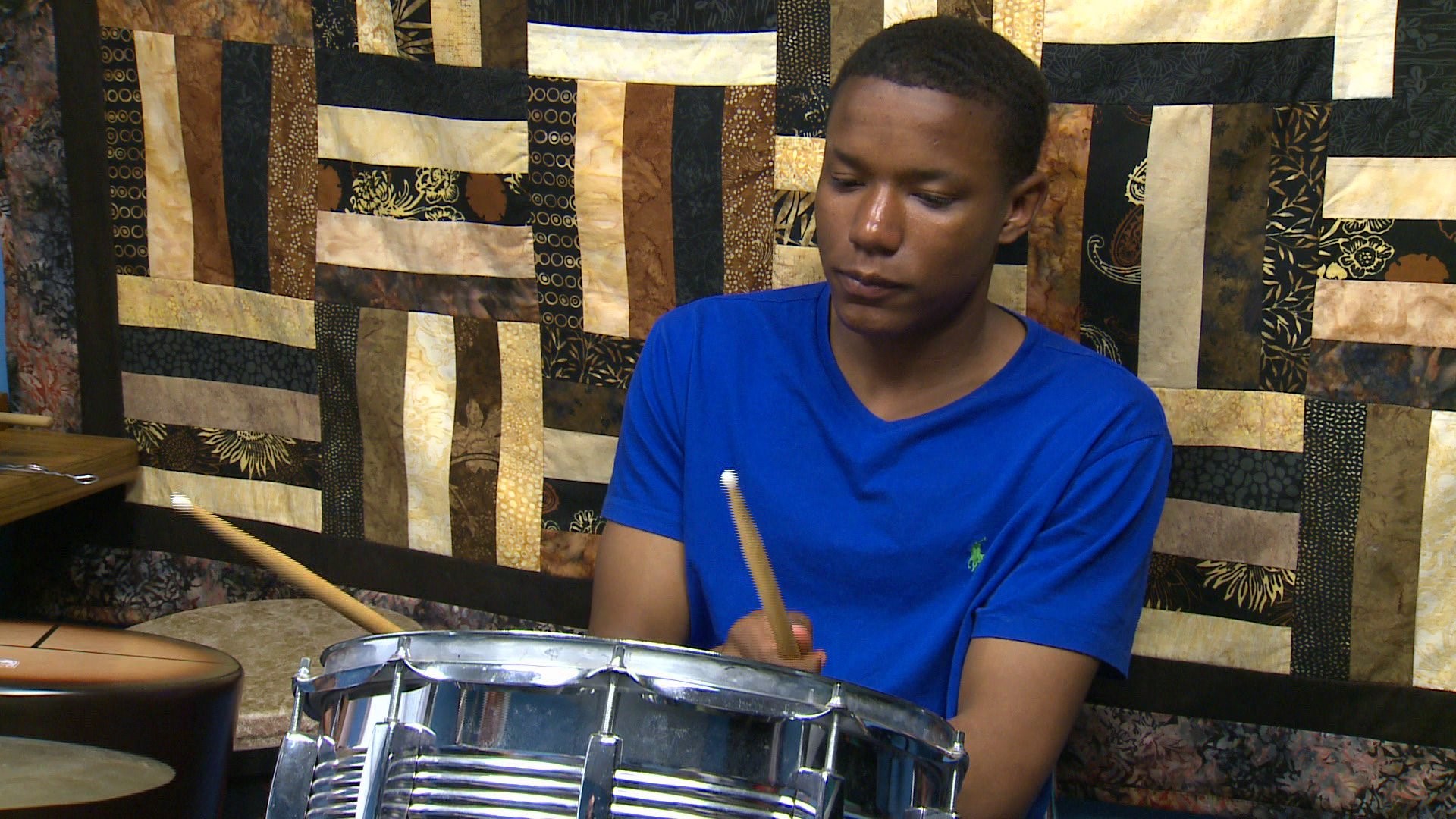 NEW HAVEN -- Michael Bolton grew up in New Haven and has made it his mission to help heal the hurt that some kids have experienced..

Bolton struggled as an artist and musician for 20 years before he had a hit, during that time he was also trying to also raise three children.

He said it was hard, he and his family got eviction notices and they fought to keep all together.

When he found success, he knew he'd find a way to give back. And he is with a program called "beyond trauma." it's helping kids heal and find new hope through music.

The journey to that "better place" begins in this little music room, at New Horizons School in New Haven.

"When you're feeling stress or worked up and you can come here, you get really lost into playing and it just gets you in a better place," said Kiara Moore.

It's part of the Michael Bolton Charities music therapy program called 'Beyond Trauma: Healing Through Music.'

"It's given them a way to express themselves, what they've seen, what they feel, a way out and it gives them this positive perception on life that they did not have," said Bolton.

Some students have been victims of domestic violence, others have witnessed violence or experienced some kind of trauma, loss or the grief of losing a loved one.

"We're talking about domestic violence and people growing up and living around extreme violence-- its is a very serious form of PTSD. Music is allowing these kids to become engaged and allows them to speak in a way that they have never been able to," said Bolton.

Music therapist Cyd Slotoroff says some students sing, others learn and play instruments or write and perform raps. But whatever the format it all promotes healing, happiness and hope.

"Music is powerful and it's flexible, so that I can meet the kids wherever they are. Some kids will share things they've never shared before,"  said Slotoroff.

"It changed a lot for me... before I get fired up..she say 'come here play some music'... by the time I leave I forget what I was mad about. It just erase everything. I just git my mind to the music...everything ward of, the madness whatever the problem is, then I just go back to class and do what I do," said Anton Hall.

'With some kids we'll do a lot of playing and not as much talking.. and look at feeling sheet..so they learn to identify their feelings.. and they say wow.. i can change what's going on with me."

"There is great hope and there are great efforts being made and now there are great breakthroughs we are excited about. There's something that feels profoundly right about it," said Bolton.

Bolton said his charity is also working to create a family justice center in New Haven to offer support, shelter, counseling and legal help to victims of domestic violence.