The strip mall that caught fire had been abandoned for at least 10 years, officials said. 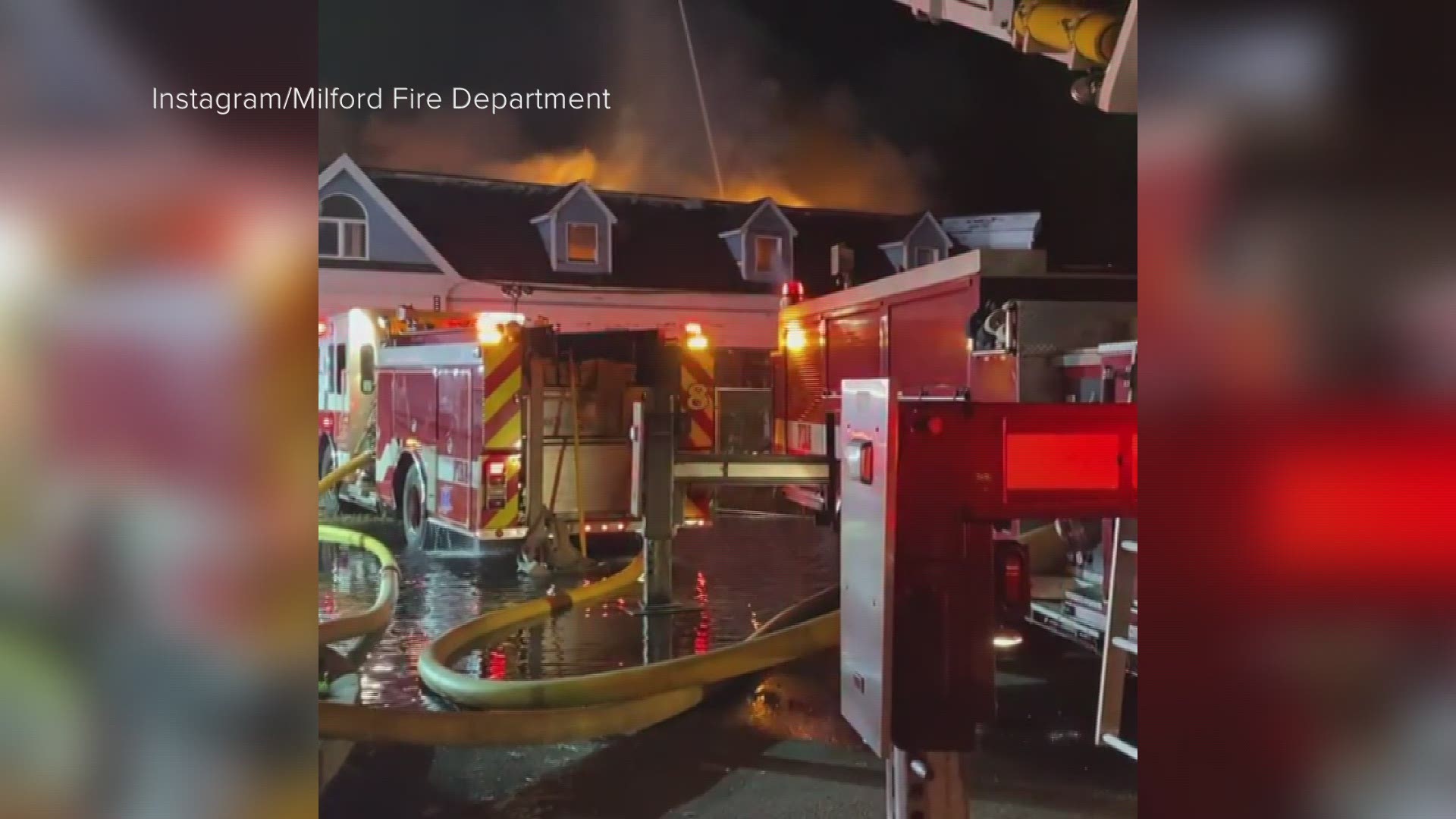 MILFORD, Conn. — In the aftermath of a fire at an abandoned building in Milford, crews discovered the body of an elderly man inside.

The fire initially broke out in the overnight hours between Monday and Tuesday.

The cause of the fire is still under investigation. The strip mall had been abandoned for at least 10 years, officials said.

The man has not been identified at this time. Officials say an autopsy is underway to determine if the man died as a result of the fire.

MILFORD FIRE UPDATE: Milford FD says an elderly gentleman was the person discovered deceased inside of a vacant retail plaza on Roses Mill Rd. that burned Monday night. No identity yet. Autopsy being performed to determine whether he died as a result of the fire. @FOX61News pic.twitter.com/0u0vdVUWmo