The new rule is the latest in an effort by MPD Chief Medaria Arradondo and Mayor Jacob Frey to enact reforms within the department. 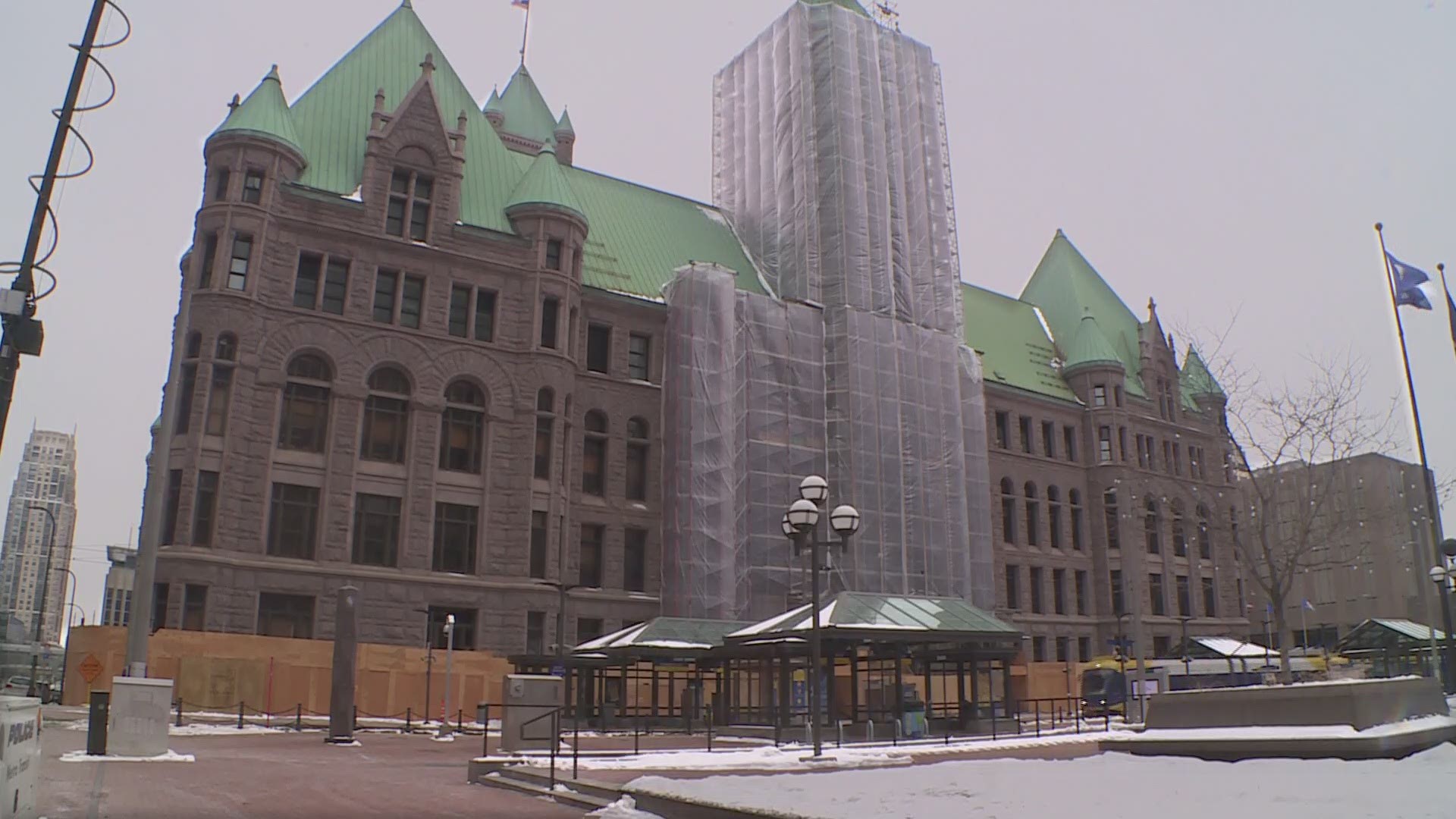 MINNEAPOLIS — The Minneapolis Police Department's body camera policy will now prevent officers from turning off their camera to have private discussions on scene.

Police Chief Medaria Arradondo and Minneapolis Mayor Jacob Frey announced the change on Monday, and it goes into effect on Thursday.

According to the mayor's office, officers will no longer be allowed to deactivate their cameras while on scene to talk privately while the call is still in progress.

The mayor's office noted that any "conversations about performance or tactics" can still be redacted before any video is released to the public. But the new policy is intended to increase accountability and transparency.

"We’ve seen as a community and as a police force, body camera footage increasingly plays a crucial role in understanding critical events in our community," Arradondo said in a statement Monday. "Accountability is not achieved with any single solution, but changes like this move us toward an even more transparent approach to public safety and building trust with the communities we serve."

The MPD body camera policy was updated back in June as well, prohibiting officers from reviewing footage of critical incidents prior to completing their initial police reports.

"Strengthening accountability and increasing transparency have been cornerstones of our community safety work," Frey said in a statement on Monday. "This update helps leadership provide a more complete and accurate picture during and after incidents, and puts officers in a better position to hold each other accountable."

READ: The new policy can be viewed in its entirety here

Frey and Arradondo have announced several changes to MPD policy since George Floyd's death under the knee of former officer Derek Chauvin in May 2020. Among them are changes to the use of force policy and a new no-knock warrant policy.

RELATED: Minneapolis police adopt new use of force policy, with emphasis on de-escalation

Frey has been at odds with the Minneapolis City Council in recent months, running for re-election partially on the campaign platform that he has worked closely with Arradondo to reform the police department while withstanding calls from councilors to "abolish" it. The City Council plans to introduce another charter amendment to allow voters to decide the future of public safety in the city, after last year's did not make it onto the ballot.

Chief Arradondo was recently listed as one of six finalists for police chief in San Jose, California, but according to the city of Minneapolis, he asked to be withdrawn from consideration.