Monarch butterflies find a home in the Brazos Valley 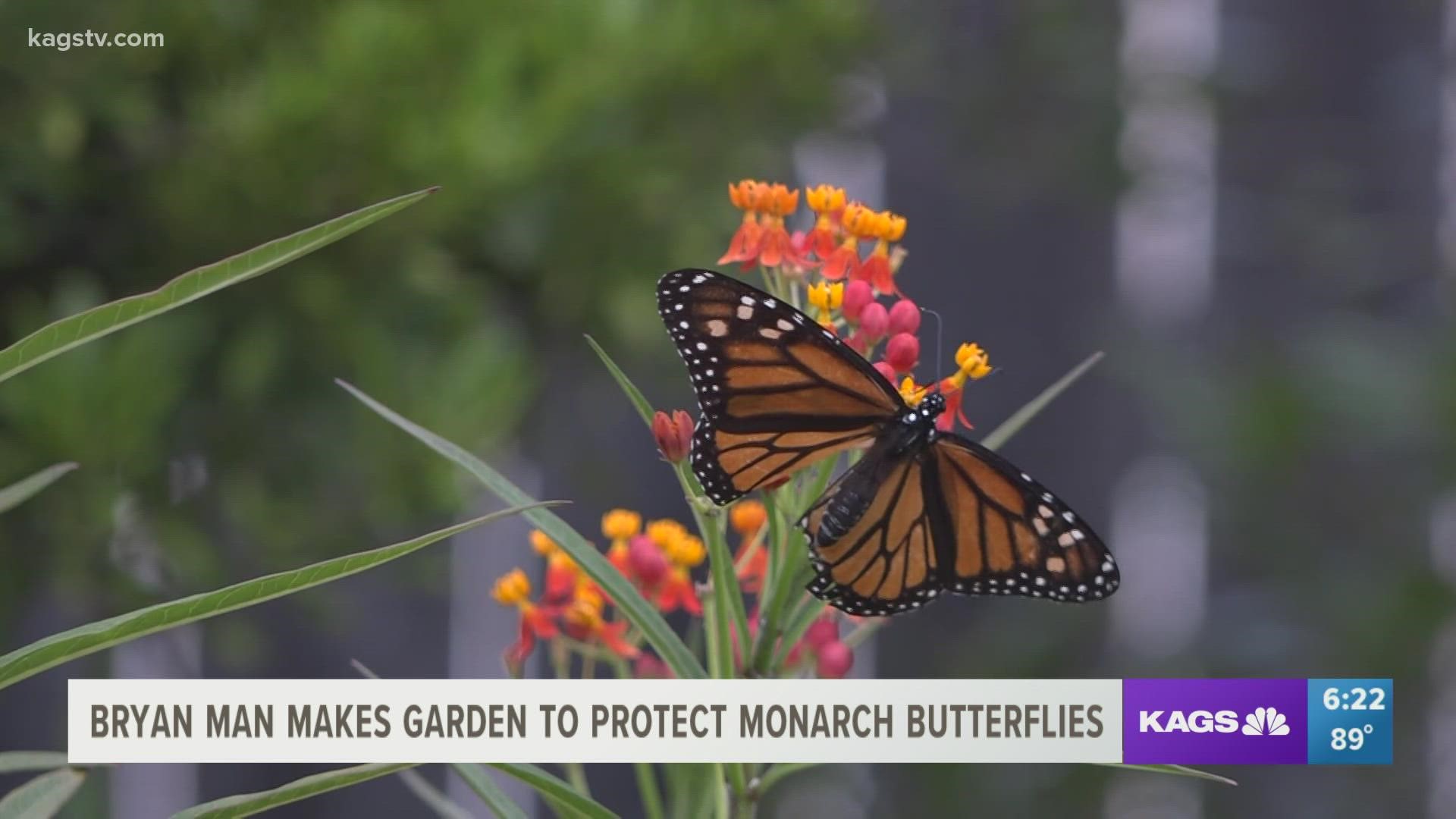 BRYAN, Texas — Monarch butterflies could be facing near extinction, but a Bryan man is making it his mission to protect them after planting a garden at his retirement home.

Bill Lay, a resident of the Crestview Retirement Community, says that he’s gardened his whole life and didn’t know what he would do once he moved into the facility.

Now, he’s happy to be making what he says is a lasting impact on the butterflies and his fellow residents.

“All of the time I have thought of what we’re doing is a thing which…. It’s here today but it’s going to be here 20 years or 30 years,” says Lay.

Lay adds that the project has been in the works for several years now and has been funded by the residents.