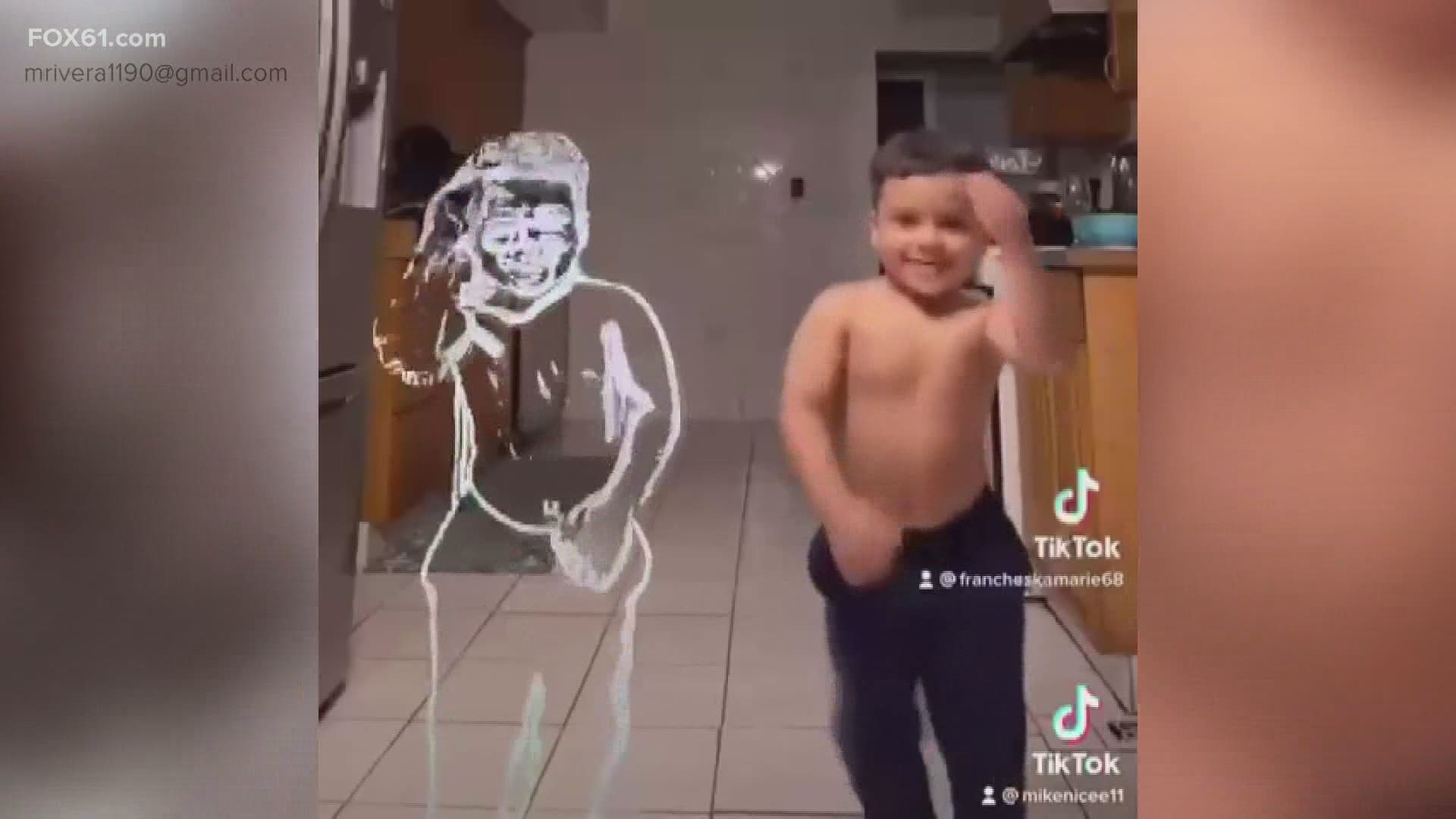 WEST HARTFORD, Conn. — A special 5-year-old is a viral star!

Michael Rivera Jr. from West Hartford has some moves and has gained a following on social media where he's better known as 'Mikenice'.

His father, Michael Sr., said whether it's TikTok or a party, his son is always stealing the show!

Michael's family stopped by at FOX61 News Monday morning to talk about the viral success.

"He was well known before that because he randomly dances at the park and everybody knows him," said Michael Sr. regarding his son, "We posted the video and it just took off it was amazing."

Dancing in front of the camera is new to Michael Jr. but he eventually got the hang of it, according to his family.

Michael Jr. had already stated before his success that he wanted to be famous and to be a TikTok star!