Monday night, Garner's mother was in Connecticut to speak the community just after helping lawmakers in New York pass an anti-choke hold law. 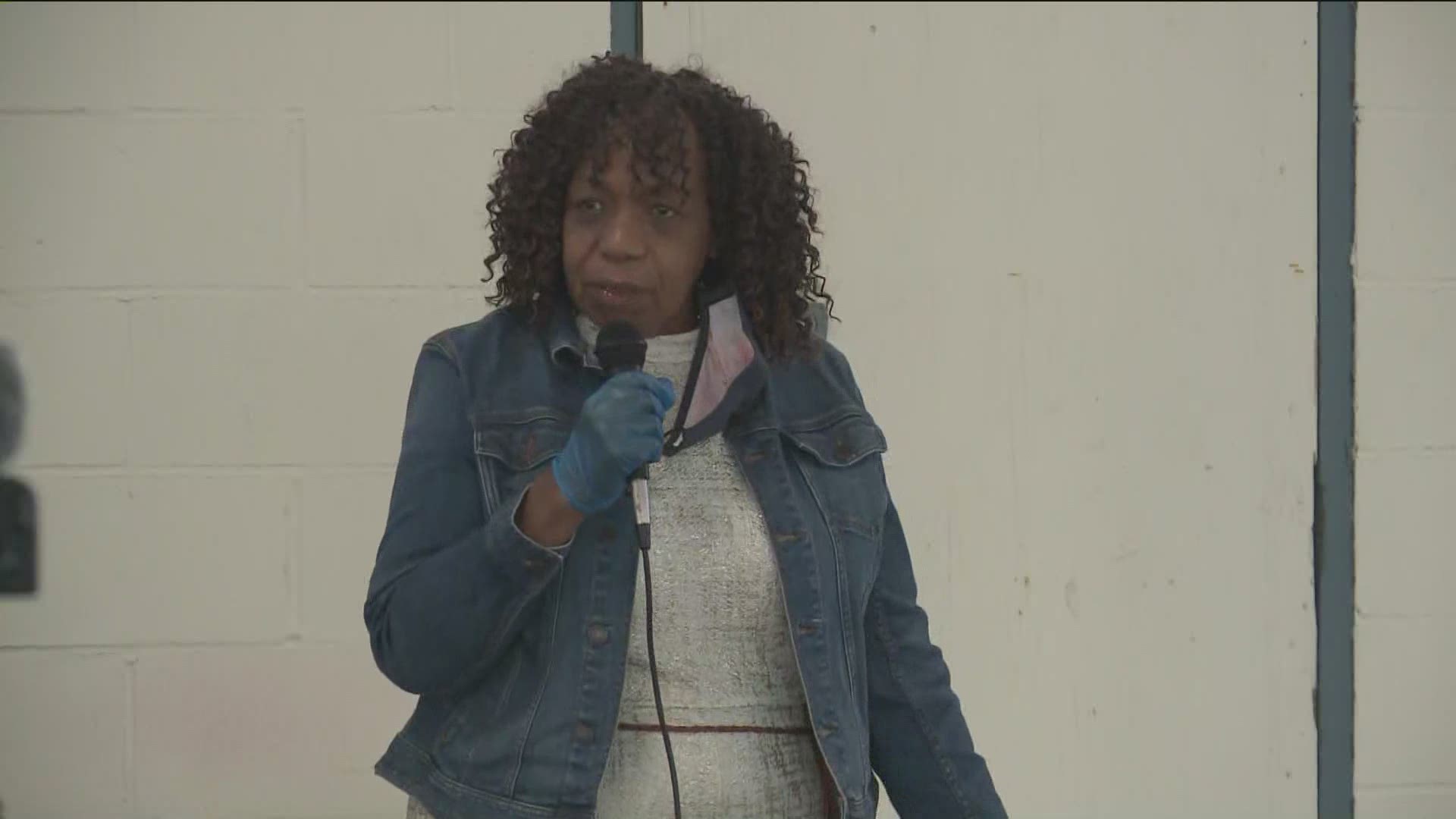 NEW LONDON, Conn. — The phrase "I can't breathe", has jumped into the national conversation after the death of George Floyd, but it's also the last words spoken by Eric Garner in New York in 2014.

Monday night, Garner's mother was in Connecticut to speak the community just after helping lawmakers in New York pass an anti-choke hold law.

People from all ages and backgrounds came together to reflect on the recent events seen in the last month and to pay respects to those who are now gone.

From dancing to singing, more than 200-people came out to see Gwenn Carr in New London.

Carr is the mother of Eric Garner who died after an NYPD officer put him in a choke-hold in 2014.

The video of his death distressing, as he gasped the words: “I can’t breathe.”

After protests and years of struggle Carr alongside lawmakers and activists helped pass an anti-chokehold law criminalizing the use of chokeholds in the state of New York.

The NAACP of New London wants similar bills passed here in the state.

Tamara Lanier with the NAACP New London said, “ In New York if there is an officer-involved shooting that shooting is investigated by that Attorney General, here in Connecticut it’s investigated by a partner prosecutor who knows the player and so there is still that conflict of interest. “

Carr says her worst day wasn’t finding out her son had died. “The worst day of my life was when I had to bury my son and leave him at the cemetery,” said Carr.

I spoke with Carr after her remarks and she says hearing George Floyd’s words of “I can’t breathe” brought everything back.

Carr said, “It was like an echo from the grave and it was such a dark feeling to see that the police are still killing our children and it was not a good feeling at all."

Carr says besides the anti-chokehold bill there is so much more we haven’t seen.

“We also got the STAT (The Police Statistics and Transparency) ACT law passed, when you kill our innocent children we want to know the names, the race, the circumstances, was he mentally ill, what was his age do you want to know it all why is this child dead,” said Carr.

Now Carr says it’s time to move forward, even when some say it’s not comfortable to talk about race or police reform.

Carr said, “It’s not uncomfortable for me to have that conversation because it is real and the only way that we are going to bring people together actually is to heal hearts in change minds. And all the training in the world is not going to help that if we don’t do that first.”

Carr says going forward its time to change the movement from demonstrations to legislation.