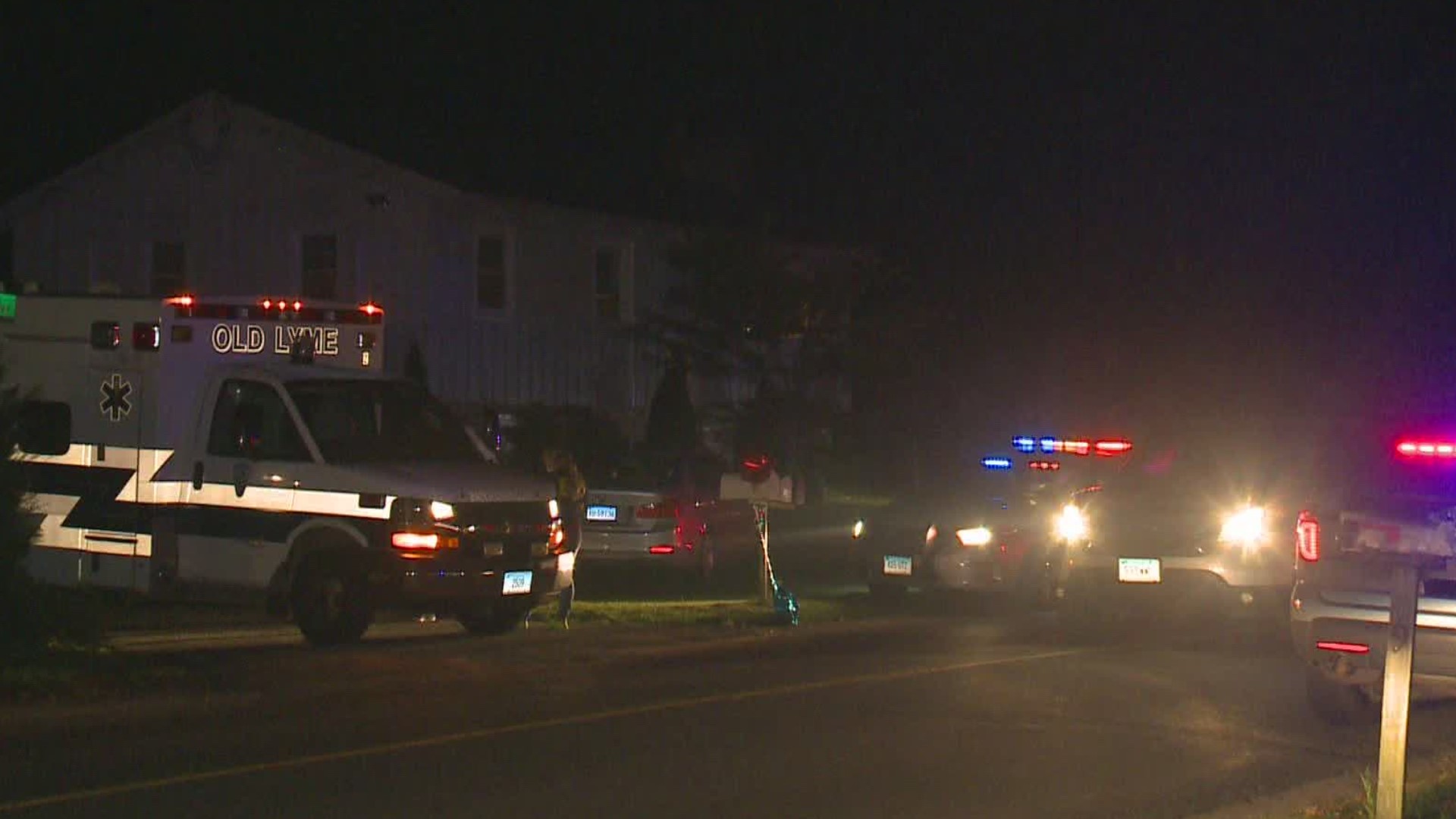 OLD LYME, Conn. — Three people were injured in an incident in Old Lyme Saturday, and one of them remains hospitalized.

Police said Sunday, they were called to a "physical altercation" in the front yard of the home. When they arrived, they found a woman with an abdominal wound, reportedly by a knife. A man was unconscious, with a head wound, reportedly after being struck by a shovel. Police said a third man had left the altercation prior to their arrival. Police searched using K-9 units and located the man who had two knife wounds, and had been struck in the face.

Police said the woman is still hospitalized in stable condition.The two men were treated and released.

Police said they are continuing to investigate and charges are expected to be filed in the near future.

FOX61 spoke with neighbors who say the scene was shocking and horrific.

Neighbors report hearing loud arguments in a nearby home on Roger’s Lake Trail and say they saw at least three people injured and screaming, at least one was bloodied and appeared stabbed or otherwise hurt.

RELATED: What are the potential long-term effects of having COVID-19?

RELATED: 23-year-old Bridgeport man identified after body was found on the side of the road in East Lyme