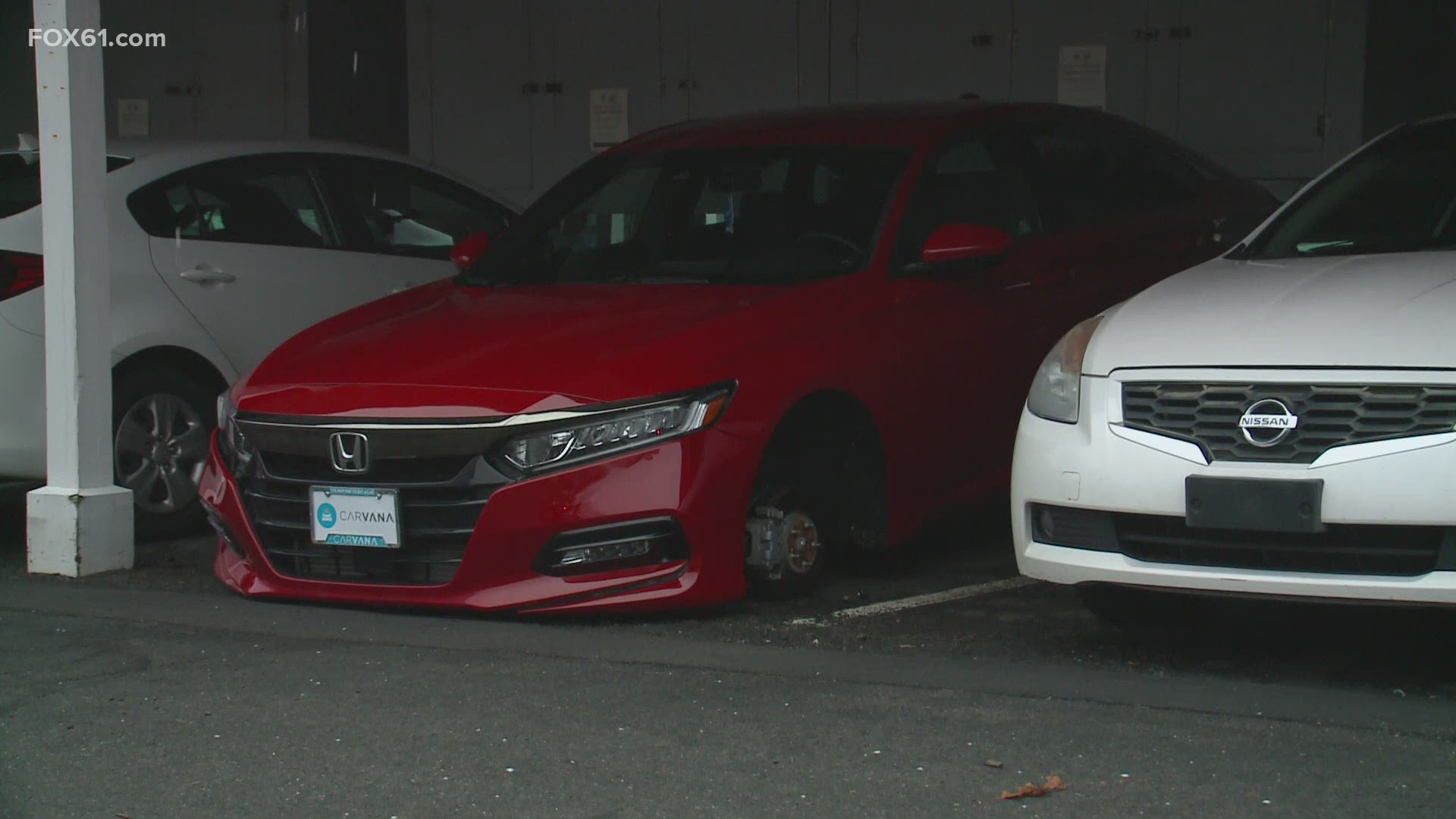 MANCHESTER, Conn. — Some residents of Manchester were greeted to a rude awakening Sunday Morning when they found their cars on blocks. Manchester Police say they received reports of six such incidents overnight.

At least five of those break ins occurred at the Pavilions Apartments. The cars hit were in plain sight.

"This used to be safe in the past, but these things started recently like every month," said Seschin Gujarighi.

Gujarighi is a longtime resident of the Pavilions Apartments. He and others woke up to find some of their neighbors’ cars on milk crates with their tires stolen and windows smashed.

"I wasn’t sure what to think," said Levi Spear. "It's probably not the weirdest thing I’ve seen here but definitely pretty unusual."

At least five cars in the apartment complex were in the same situation. The thieves hit cars in plain sight right next to apartment doors, in carports and out in the open. Their cars of choice were Hondas and Infinitis.

"You think since everyone has eyes on here that you'd think nothing would really happen," said Spear.

Over the last year, many municipalities in the state have reported car break-ins doubling. Gujarighi says it’s becoming a monthly occurrence on Manchester community pages. He hopes his apartment complex thinks about boosting security.

"I don’t leave anything in the car. I lock the car and then put some wheel locks on the cars so hopefully they will be helpful but again you’ll never know what they’ll come up with," said Gujarighi.

Manchester Police say there were other break ins a few miles away on Hartford Road. They are asking if anyone has personal surveillance video at the complex to share it with police.

If you would like to report any information on the thefts contact the Manchester Police Department at (860) 645-5500.