The soundtrack to Joe Biden's inauguration arrival: A fanfare composed by a University of Hartford graduate

The band played a fanfare by Composer Peter Boyer as part of the one-hour prelude music for the inauguration. 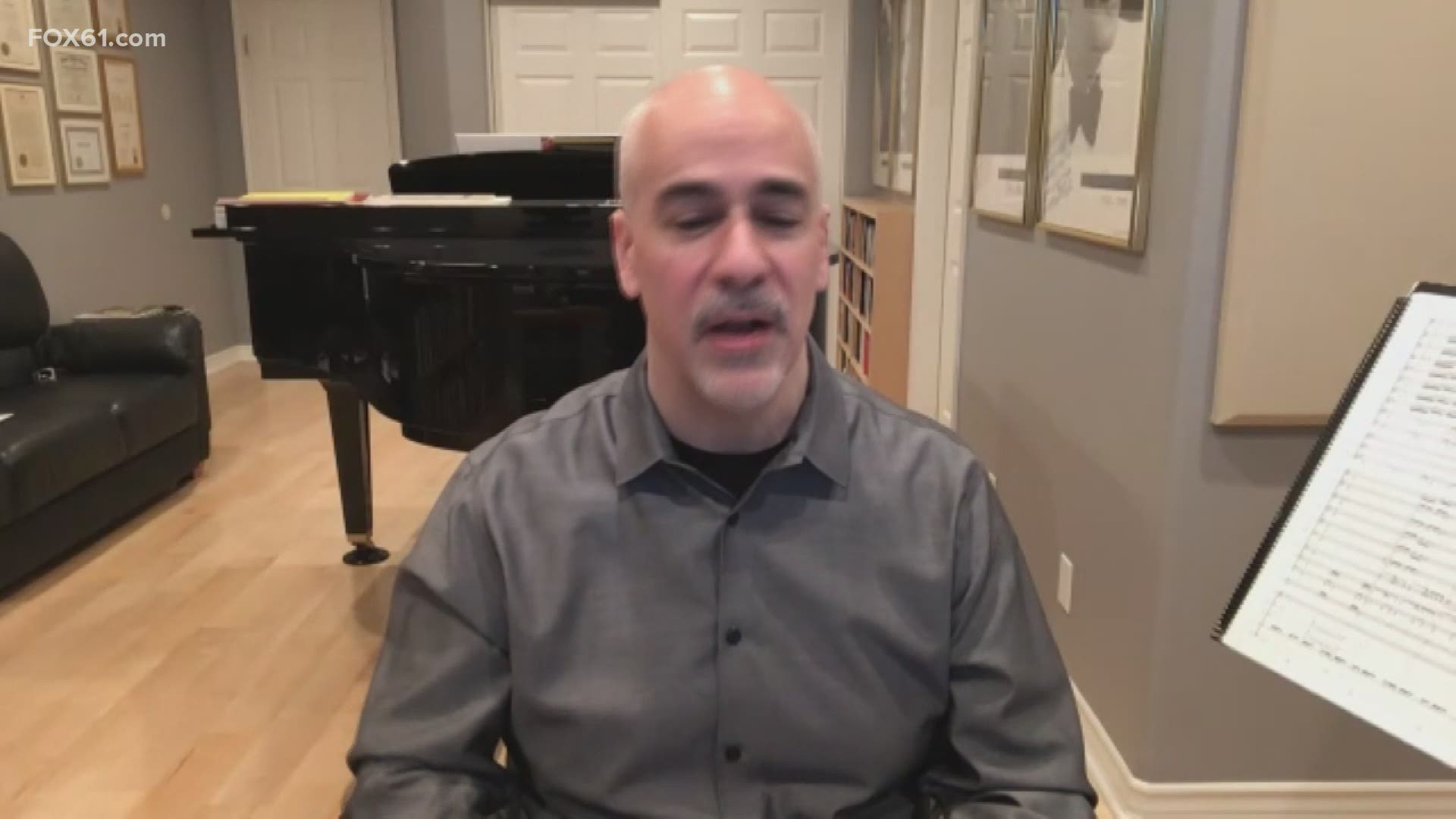 There was a special Connecticut connection to sounds from the United States Marine Band.  The band played a fanfare by Composer Peter Boyer, an alumnus of the Hartt School at the University of Hartford, as part of the one-hour prelude music for the inauguration.

Boyer, more commonly known as a composer for orchestras like the Boston Pops and Cincinnati Pops, and for his Grammy-nominated work Ellis Island: The Dream of America, first collaborated with the Marine Band in 2018 for their 220th anniversary. He reached out to them after the election was called for then President-elect Biden, to offer his services if the band needed music for the inauguration. He received an invite on Jan 1.

“It’s certainly a very exciting moment for an American composer,” Boyer said. “It’s certainly a great honor to be invited to contribute music in some fashion to the inauguration of the president of the United States.”

He turned a shorter simpler segment, originally composed for a French horn into a fanfare.

“It was quite a challenge because of the time frame and just the weight of the moment, but obviously a very exciting thing to be a part of,” Boyer said.

Larry Alan Smith, Dean of the Hartt School, at the University of Hartford, was Dean and a Professor of Composition when Boyer attended the university.

“He sent me a note a few days ago to let me know this was happening and I was really proud for him and of him,” Dean Smith said. “It’s terrific and I hope it gets many many performances.”

Boyer says he is grateful for his education from the Hartt School.

“It’s a very special moment and one that really is in many ways unexpected,” Boyer said

Boyer hopes to premiere new music in the fall of 2023.