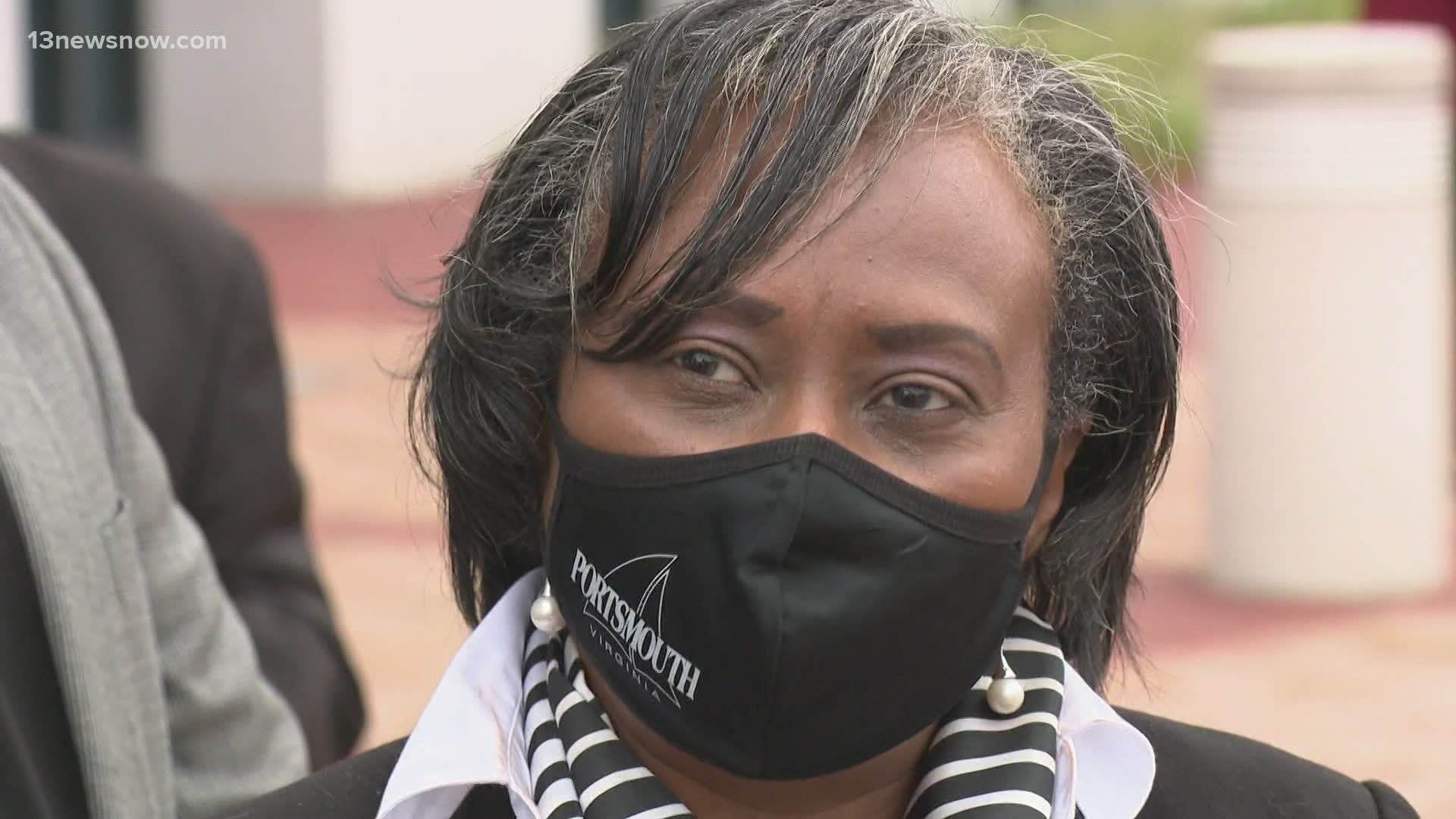 PORTSMOUTH, Va. — Portsmouth's vice mayor was in court Tuesday morning where a judge dismissed misdemeanor charges against her.

Vice Mayor Lisa Lucas-Burke was charged back in August with violating the city charter after she demanded that Police Chief Angela Greene be fired at a news conference held by a Portsmouth civil rights group.

That was after Greene announced arrest warrants were taken out against several community leaders and public officials, including Lucas-Burke's mother State Senator Louise Lucas, for vandalizing the Confederate monument that once sat in Olde Towne.

The city charter cites that members of the city council can't call for the removal of a person from office or employment. A Portsmouth citizen went to a magistrate to file a criminal complaint against the vice mayor.

In Tuesday morning's court hearing, Lucas-Burke's attorney used a section of the Virginia State Code that says the criminal investigation of an elected official must come from a grand jury, the attorney general or the governor, not a private citizen.

Here’s that Virginia Code section: “No investigation of an elected official of the Commonwealth...to determine whether a criminal violation has occurred...shall be initiated... or continued except upon the request of the Governor, Attorney General or a grand jury.” #13NewsNow pic.twitter.com/NC34qqRRcw

If Lucas-Burke was found guilty, she could have lost her seat on the council.

The man who filed the charges against the vice mayor says he plans to see if he can revive the case and bring it in front of a grand jury.