The charges that were filed against state Senator Louise Lucas after she was accused of plotting to damage Portsmouth's Confederate monument have been dropped. 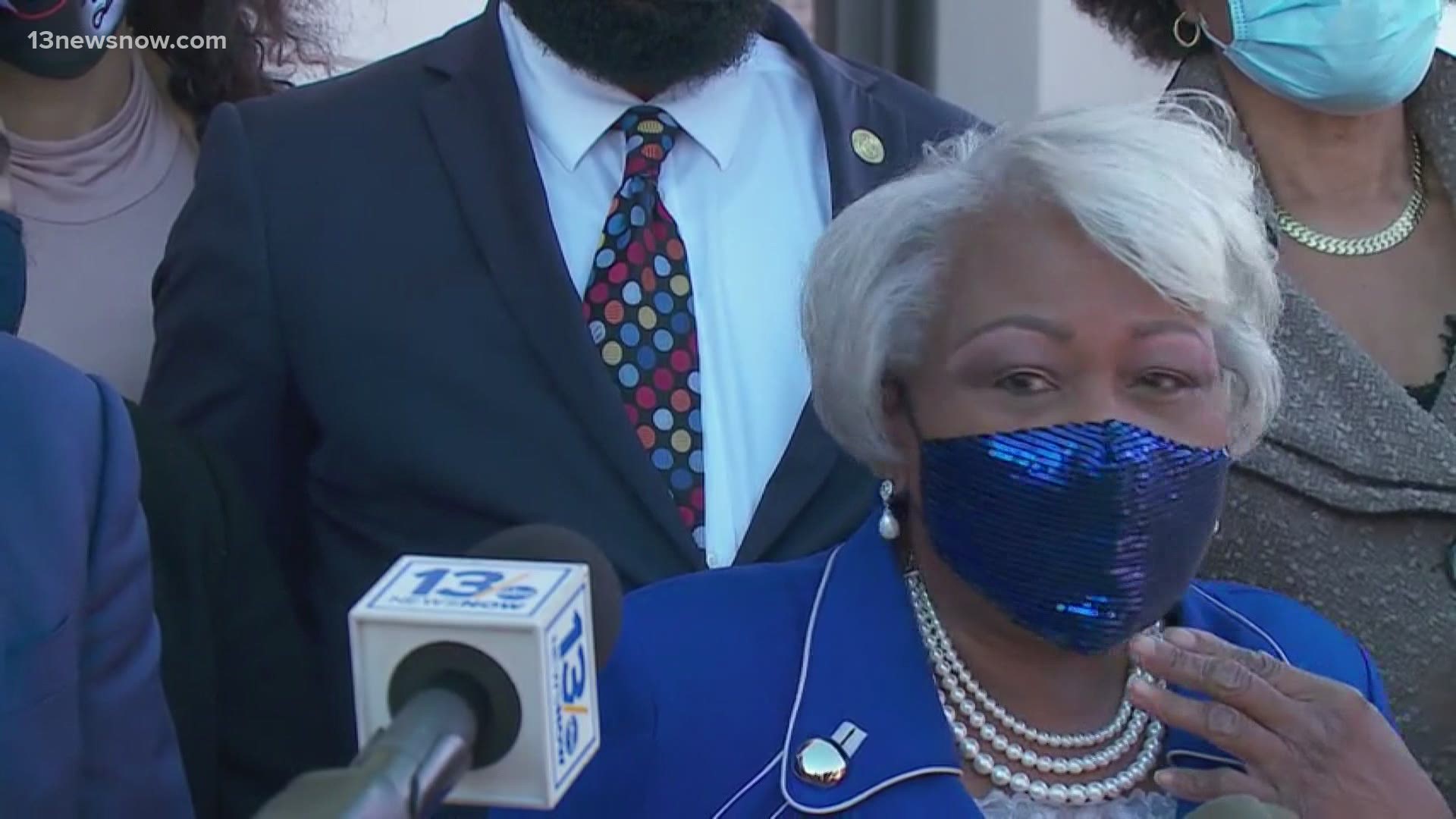 PORTSMOUTH, Va. — Charges that were taken out against Virginia state Senator Louise Lucas, connecting her to damage that Portsmouth's Confederate monument sustained in a protest over the summer, were dropped Monday morning.

Lucas, alongside 18 other people including several Portsmouth public officials and community leaders, was accused of vandalizing and conspiring to damage Portsmouth's Confederate monument.

The charges stemmed from a huge protest in June where the memorial sustained considerable damage and where a protester was severely hurt after demonstrators toppled a statue that landed on top of him.

In August, Police Chief Angela Greene announced that warrants were filed against a number of people in the city after a police investigation linked them to the monument's destruction.

It was a case that drew local, state and national attention as well as public scrutiny over whether the investigation and subsequent charges that were filed were even valid.

Police Chief Greene ended up being placed on 30 days of administrative leave in September pending an investigation into her decisions and her actions. She was just fired from her job Monday morning right before the charges against Sen. Louise Lucas were dismissed.

Greene said city leaders didn't give her a reason for why she was terminated.

“They’ve gotten away with it far too long... not this time!” chanted State Sen. Lucas and the crowd pic.twitter.com/5kGV4pqK9W

This case also led to a huge leadership overhaul in the city of Portsmouth where former city attorney Solomon Ashby was fired and Dr. Pettis-Patton stepped down from her position as city manager.

The monument has since been removed from its place in Olde Towne and its parts sit in storage while city leaders decide where it should be erected next.

High-profile state officials backed Lucas after she was charged and called for the charges against her and others to be dropped.

Former Governor Terry McAuliffe released a statement Monday after learning the charges against her were dropped:

“President Pro Tempore Louise Lucas is a trailblazer and hero for all Virginians, and I am thrilled to see justice for her and the other Portsmouth leaders. Their opposition to the Portsmouth Confederate monument is exactly what the late John Lewis would have called ‘good trouble.’ I was proud to go down to Portsmouth and stand by their side after the charges were announced, and all Virginians should be relieved today as justice was finally served. We must continue to fight for others in our justice system who have been wrongly charged. Onward.”