A Norfolk Circuit Court judge wrote he views the case as a "mischaracterization of legal advice" that "lacks defamatory sting." 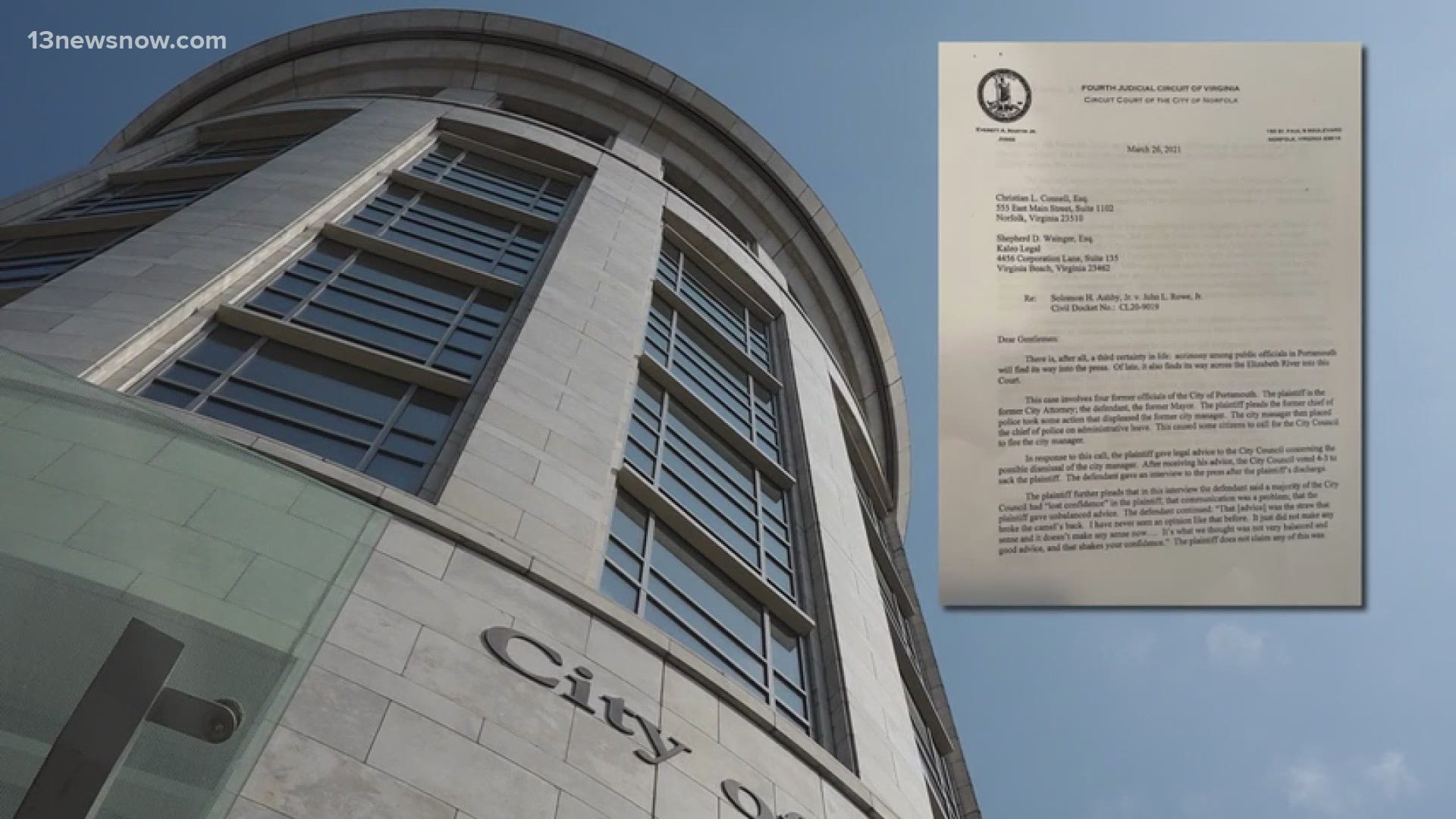 NORFOLK, Va. — Norfolk Circuit Court Judge Everett Martin started an explanation of his court order by writing death and taxes aren't the only guarantees in life.

"There is, after all, a third certainty in life: acrimony among public officials in Portsmouth will find its way into the press," Martin wrote. "Of late, it also finds its way across the Elizabeth River into this court."

Judge Martin dismissed the case with prejudice, but Ashby and his attorney Christian Connell have until April 16 to file an amended complaint.

“As any lawyer would be on behalf of his client I’m disappointed, though I understand," Connell told 13News Now on Thursday. "I read the judge’s opinion and it’s very well-thought-out and well-reasoned.

Connell said he and Ashby will decide whether to pursue this case further.

"Mr. Ashby feels like his history with the city was tarnished at the end of his career with the city," Connell said.

Rowe’s lawyer declined to comment on the judge’s order.