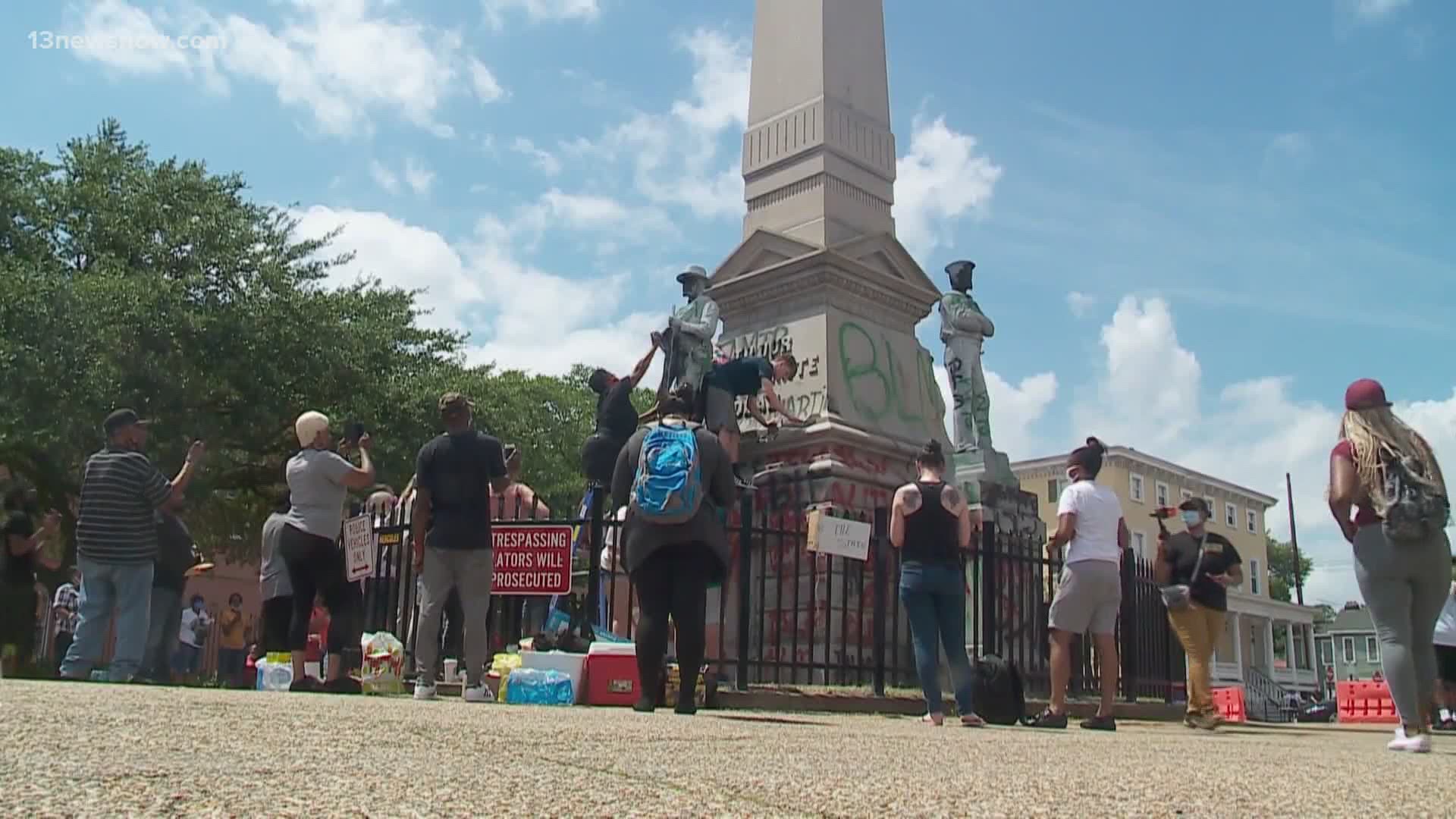 Lucas is charged with two felonies, two months after a protest where a Confederate monument was damaged and a man was seriously injured.

A Portsmouth Sheriff’s Office official confirms the sheriff drove to Richmond on Tuesday and served Lucas the papers. She is still working in Richmond for the Commonwealth's special session and will head to court in the next couple of weeks.

In a new video posted to Twitter, former Virginia Gov. Terry McAuliffe shows his support for the state senator.

McAuliffe said in the video, “I’m reaching out to all my fellow Virginians to ask you to sign a petition in support of Senator Louise Lucas. I’m sure you’ve heard that they issued arrest warrants for a felony, actually two against Louise Lucas for somehow inciting a riot because people wanted to take down a statue, a Confederate statue in Portsmouth, Virginia.”

⁦@TerryMcAuliffe⁩, as the 72nd Governor of Virginia, you accomplished so much and it was a pleasure working with you on criminal justice reform and hundreds of bills that improved the quality of life for Virginians. I appreciate your continued support. pic.twitter.com/aLfDZFFlXT

The support for Lucas is growing. We’re continuing to see several lawmakers including Governor Ralph Northam, Lieutenant Governor Justin Fairfax, and state senators supporting her as she works in Richmond during the General Assembly special session.

Kidd said to quote the late John Lewis, he believes a lot of Democrats see this as "good trouble" to be in.

“In my recent memory of politics, and we’ve had several high-profile elected officials charged with crimes," Kidd said. "I’ve never seen other elected officials and high profile political people come out in defense of them like I have with Senator Louise Lucas.”

As the petition gets shared across social media, Kidd doesn’t know how much power it will hold.

“I don’t know what the petition will have on the course or law enforcement, but it may have the effect of energizing voters and supporters for Lucas,” Kidd said.

13News Now reached out to Portsmouth Police Chief Angela Greene to see if she could provide more details about the charges and what she thinks about lawmakers supporting Lucas. A spokesperson for the department said she is not doing any media interviews at this time.

We also reached out to every city council member. Many didn’t answer or said no comment.

A spokesman for the Sheriff’s Office confirms Lucas’ court date is set for early September.