The monument that sits on Court Street were covered with sheets overnight. 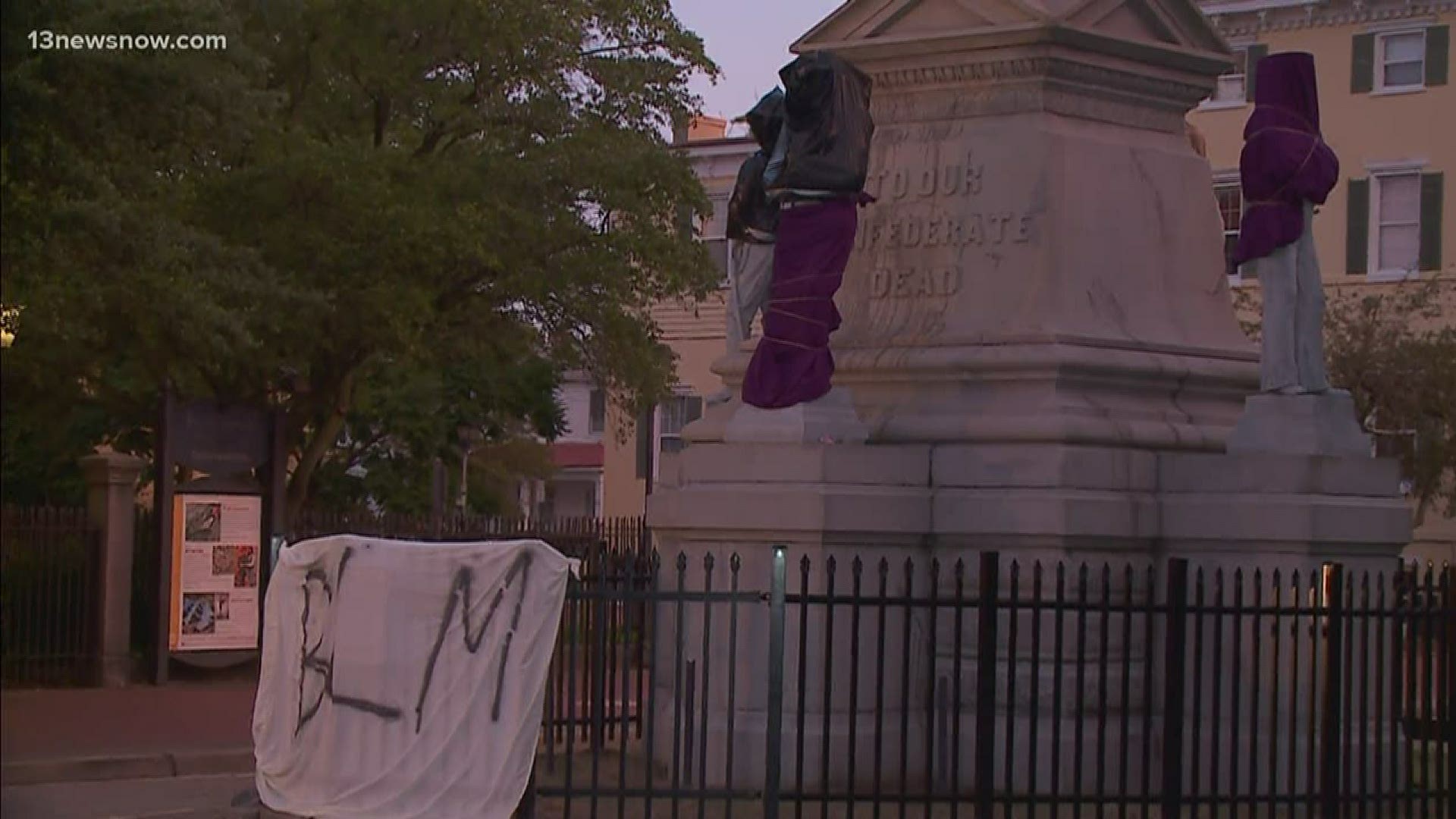 The monuments were covered with sheets by protesters on Tuesday night.

City Council met via video call on Tuesday night and at the end of the meeting, Mayor John Rowe proposed a plan on how they could quickly start taking action.

In the meeting, Rowe asked whether the city actually owns the 127-year-old monument and has the right to move it.

The proposed plan would allocate $100,000 to remove and relocate the statue to another site. Those alternative sites include Cedar Grove or Oak Grove cemeteries.

A recent bill signed by Gov. Ralph Northam, cities are now allowed to move or alter Confederate monuments they own starting July 1.

RELATED: Protesters tear down Christopher Columbus statue in Richmond, throw it in lake