James Boyd is meeting with the Portsmouth police chief on Monday. “Use of force policy, use of force continuum, body cam policies ... We want these changes now." 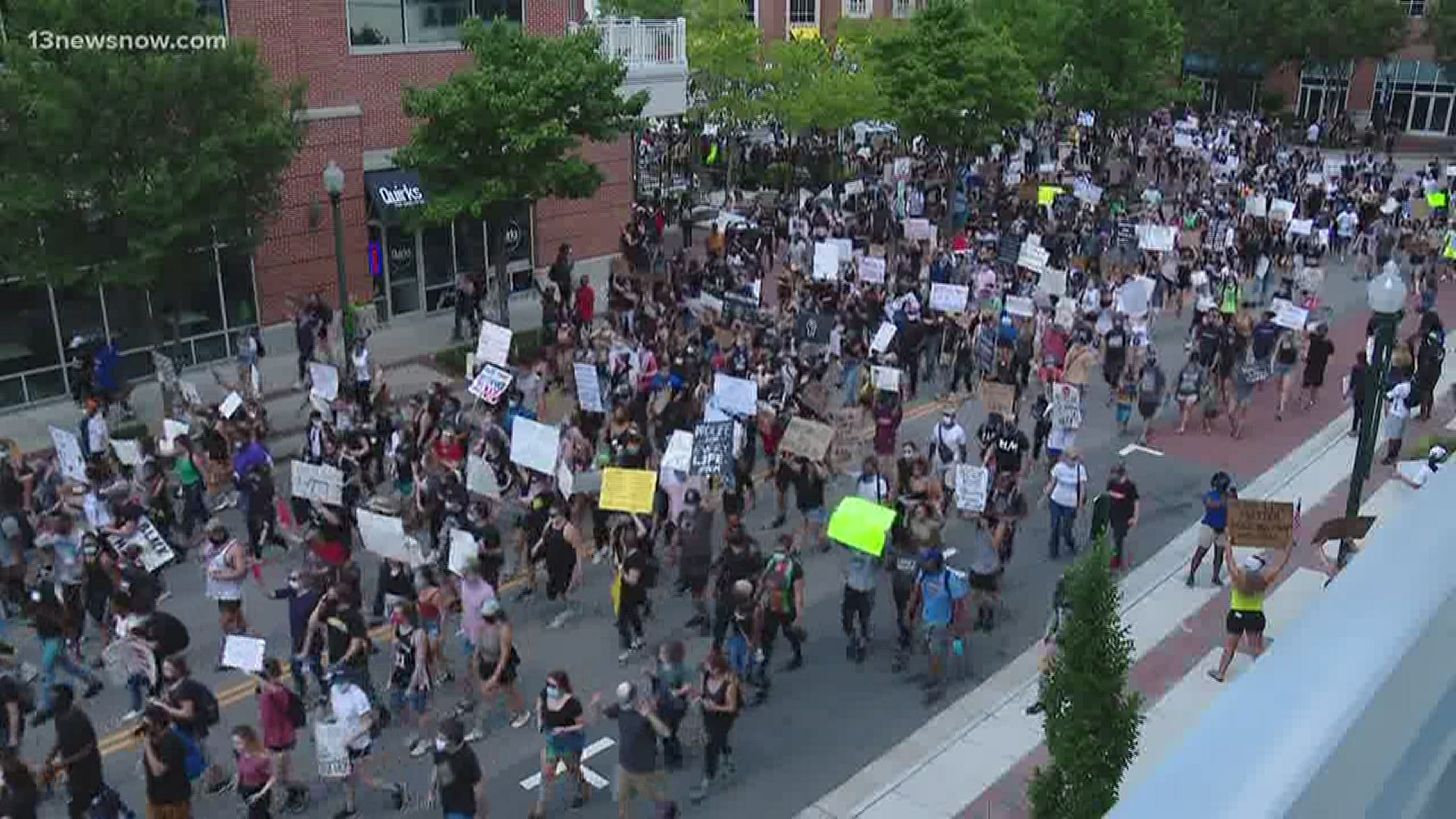 PORTSMOUTH, Va. — The widespread demonstrations across the country show we’re at a tipping point, according to Portsmouth NAACP President James Boyd.

Boyd called the protests an uprising against a broken system, backed by 400 years of oppression.

He said he wants the momentum from these protests to create policy changes for police departments across the country and here in Hampton Roads.

“Use of force policy, use of force continuum, body cam policies,” he said. “We want these changes now and we want to see certain changes in the policy now – i.e., you cannot put your knee on someone’s neck and murder them.”

“You will see someone lose their life and through the courts or whatever, that officer gets off," Boyd said. "What we’re saying in this moment is: not this time. We’re going to rise up against this brutality.”