City leaders said the city manager told them Greene was on paid leave for 30 days pending an investigation into policies she created as chief. 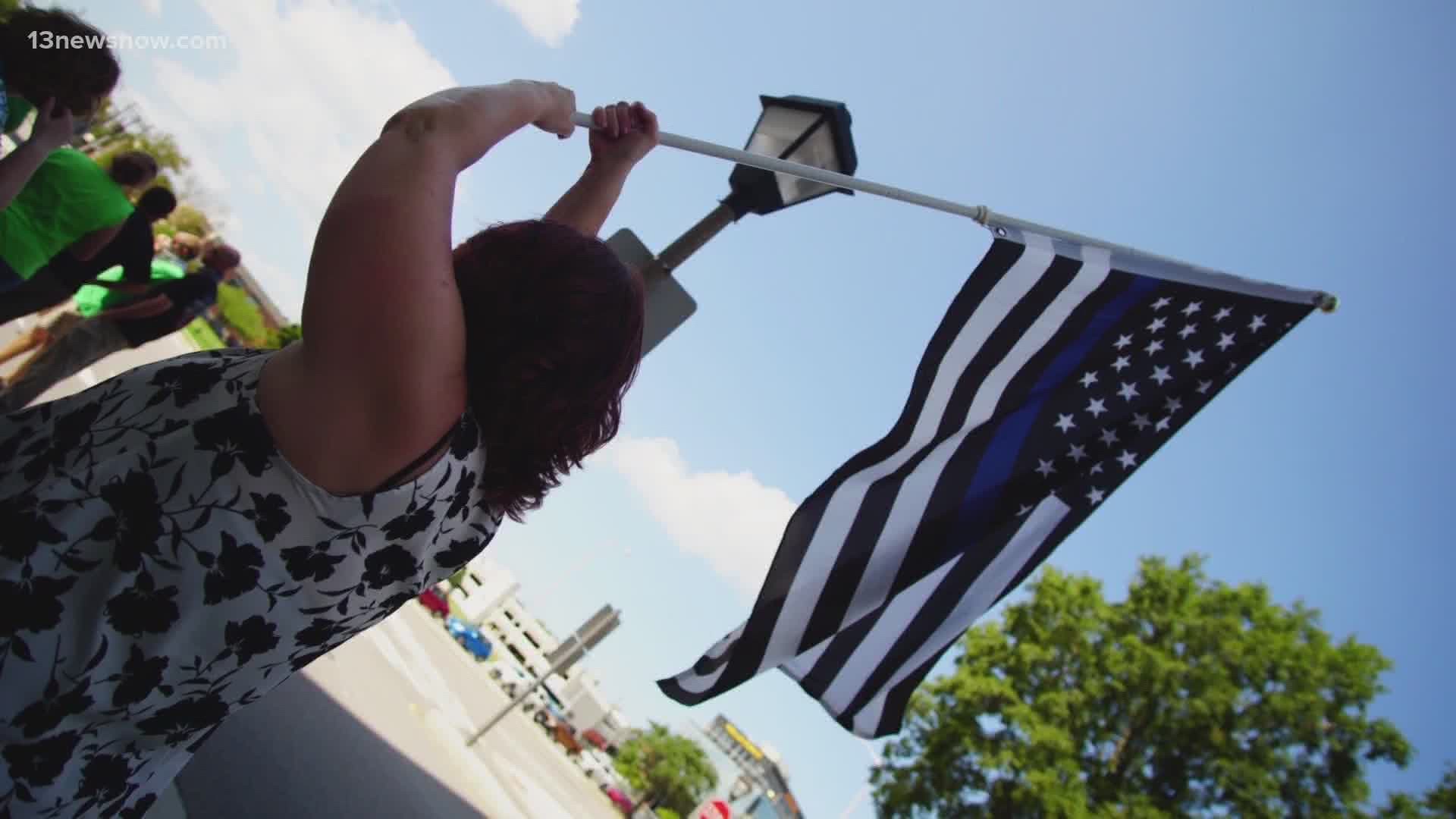 “The chief of police did nothing wrong. Nothing wrong. She enforced the law,” explained Virginia Beach Attorney Tim Anderson.

Although Pettis Patton did not specify the nature of the investigation or who would conduct it, a person within the police department told 13News Now that the investigation was regarding Greene's decision making on the job, her actions and her behavior.

“If she does lose her job, it’s going to be our job as citizens to make sure that she is made whole," said Anderson, the attorney. "Being able to raise money for her, get lawyers for her sue the heck out of the city.”

On Friday, a group of Greene’s supporters stood in front of city hall, chanting her name.

“This is an injustice. Portsmouth has been corrupt for so long and she has actually brought law back to our city and for this to happen to her, it’s just takes us down another notch,” said Portsmouth resident Deanna Stanton.

“This is about laws, laws and that matter in our city," she continued. "Until we have people standing up and forcing those laws and that they are for all, not for just some people but for all people.”

BREAKING: Portsmouth city leaders confirm that Police Chief Angela Greene is on leave, and Assistant Chief Scott Burke is serving as Acting Chief of Police of the City Police Department. People are standing outside of city hall right now.#13NewsNow pic.twitter.com/MLo9An20VQ

A spokeswoman for the city said Assistant Chief Scott Burke would serve as Acting Chief of Police in Greene's absence.

The word of Greene's leave came on the same day that State Sen. Louise Lucas appeared for arraignment on charges police filed against Lucas. The felony charges are related to a protest that took place at Portsmouth's Confederate monument on June 10.

Lucas, Portsmouth NAACP leaders, several public defenders, and others were there on the day of the demonstration. During that demonstration, protesters vandalized the statue. Police body camera footage shows Lucas telling officers that they weren't going to arrest the protesters.

Later in the day, some of the demonstrators pulled down a statue from the monument on top of a man, Chris Green, who had a severe head injury as a result.

RELATED: 'He is getting there' | Man hit by Confederate statue in Portsmouth working with therapists in rehab hospital

Supporters from high levels of Virginia's government have spoken out to back Lucas ever since the charges were released.

Her daughter, Portsmouth Vice Mayor Lisa Lucas-Burke was charged with a misdemeanor for violating the city's charter, after a committee she was participating in called for Greene's resignation.

There have also been public demonstrations of support for Greene.