Greene was put on 30 days of administrative leave with pay on September 4, after a June 10 protest at Portsmouth's Confederate monument stirred up controversy. 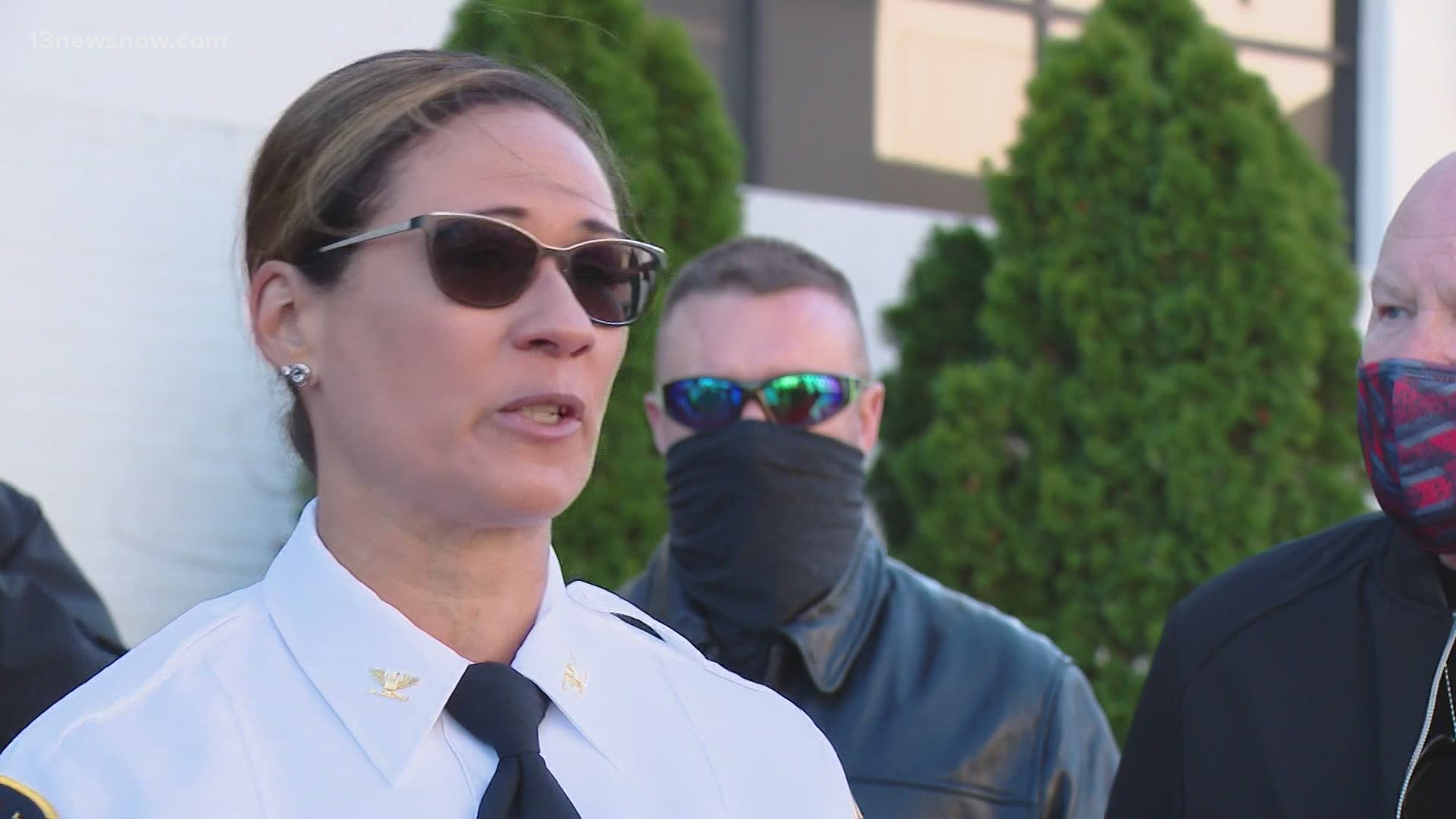 PORTSMOUTH, Va. — Police Chief Angela Greene is no longer the top cop in Portsmouth. She was given a letter of termination Monday morning.

“20 years, like you said, hard work. I never thought it would have ended this way,” Greene said.

In a small press appearance after the decision, Greene told 13News Now she'd be challenging the firing in court.

"Effective immediately today, I'm no longer chief of police in Portsmouth," she said. "I have attorneys, who - we've talked, and we have decided that we will file a wrongful termination suit. Obviously I believe that [I was] wrongfully terminated for upholding the law, and being retaliated against for sticking to my sworn oath."

BREAKING: Source tells me Chief Angela Greene was just terminated from her job as Portsmouth’s Police Chief. She was put on paid administrative leave in September. #13NewsNow.

"We want to make sure that this cycle ends, and that law enforcement is able to continue to protect our community, and continue to enforce the laws without interference from political leaders," Greene said.

Greene said city leaders did not give her a reason for her termination, but said she was an "at-will employee."

The officials she met with at City Hall on Monday morning - interim city manager LaVoris Pace and the interim human resources director - have not made a statement on Greene's firing.

Greene was put on 30 days of administrative leave with pay on September 4, after a June 10 protest at Portsmouth's Confederate monument stirred up controversy in the city.

At the time, Dr. L. Pettis Patton said the leave was pending an investigation.

“I absolutely believe everything is surrounding the monument and political leaders in this city why I am terminated,” Greene said.

She did not specify the nature of the investigation, but a person within the police department told 13News Now that the investigation was regarding Greene's decision making on the job, her actions and her behavior.

Back in August, Greene released 14 warrants for people involved in the Confederate monument protest. State Senator Louise Lucas and members of the NAACP were among those charged.

Greene sent out an August statement about issuing those charges.

"Although felonious acts were committed by several individuals, no conflicts of interest for this department were revealed," she wrote then. "As the head of the primary law enforcement agency in the City of Portsmouth, it is my obligation to investigate all crimes that have occurred, and when probable cause exists, present that evidence for the prosecution, which is what was done in this matter."

On Monday she said, "Even today, throughout my 2.5 months being out, there was nothing substantial that they talked about or investigated or asked me questions that were outside of the monument incident.”

Greene is relying on her faith and family to get though this difficult time.

“We will move on. You get knocked down but you don’t stay down,” Greene said.

After officials fired Greene, several of her supporters, including police officers stood outside City Hall. She said she’s thankful for the support and said this fight is far from over.

HAPPENING NOW: Chief Angela Greene is meeting with city officials. More than a dozen people are here to show her support, including police officers. #13NewsNow pic.twitter.com/FaHQjRp9BL