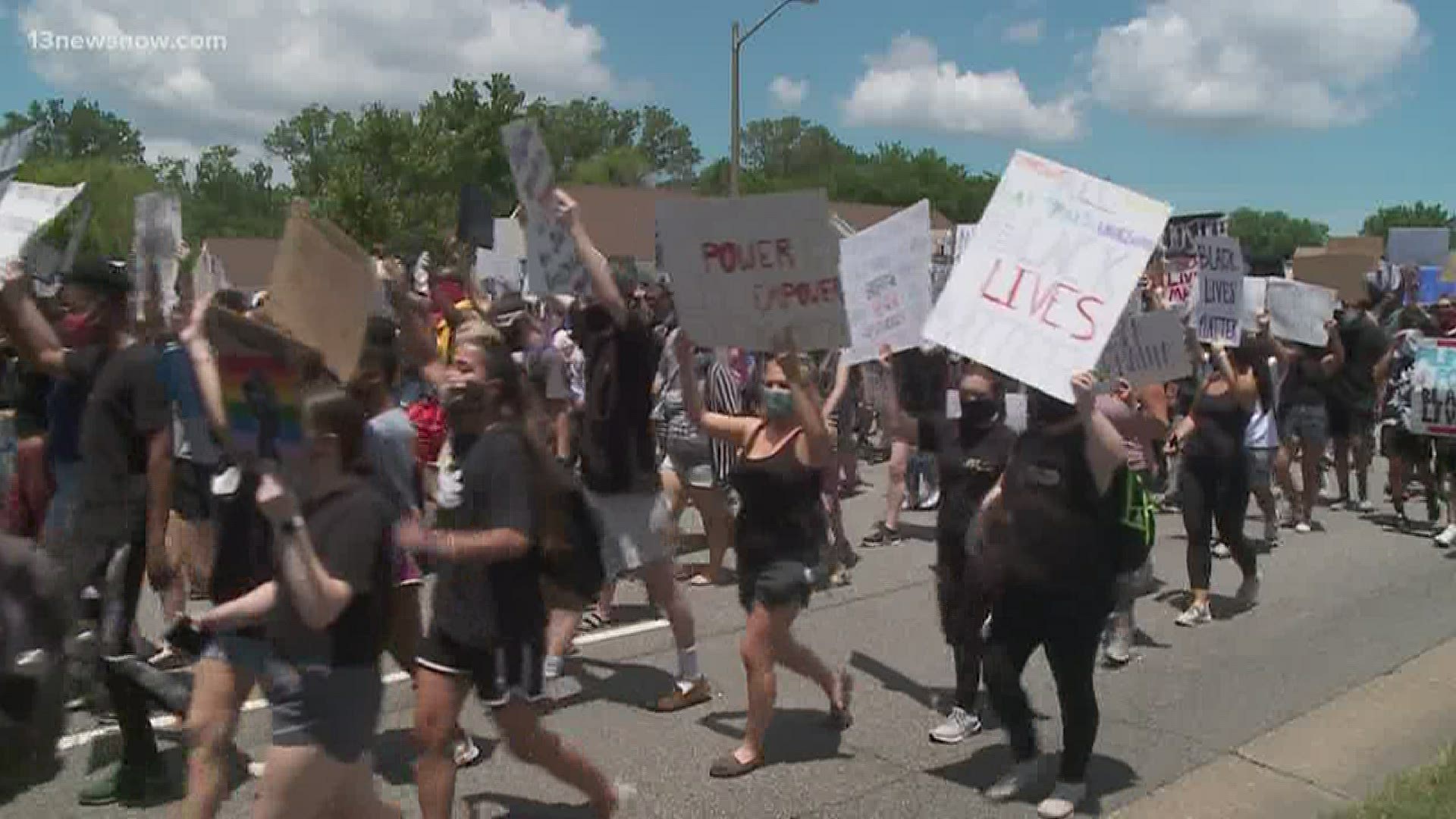 VIRGINIA BEACH, Va. — On Saturday, hundreds of protesters marched from Mount Trashmore to Virginia Beach's Town Center to call for racial justice after the death of George Floyd in police custody.

It's the latest in a string of demonstrations, organized by civil, political and religious groups in Hampton Roads, all aiming to bring awareness to the issue.

Some demonstrators wore masks to help prevent the spread of coronavirus, and protesters of all races carried American flags and signs that read "Black Lives Matter."

Many of the  protesters held signs showing their message, including Michael Powers.

"Respect my existence or expect resistance. Black Lives Matter doesn't mean we're better than anybody. It means we want to be seen the same as everybody else in this county,” said Powers.

Traffic was redirected away from some roads so protesters could make the march.

The protests came after a letter urging businesses to take precautions was sent out by the Virginia Beach Police Department, followed by an apology from the Interim Chief, Tony Zucaro.

By about 4 p.m., there hadn't been any police reports sent out about damages to the area, or people arrested from the protest.