Interim Police Chief Tony Zucaro outlined steps the department was taking to ensure all people were treated with respect. 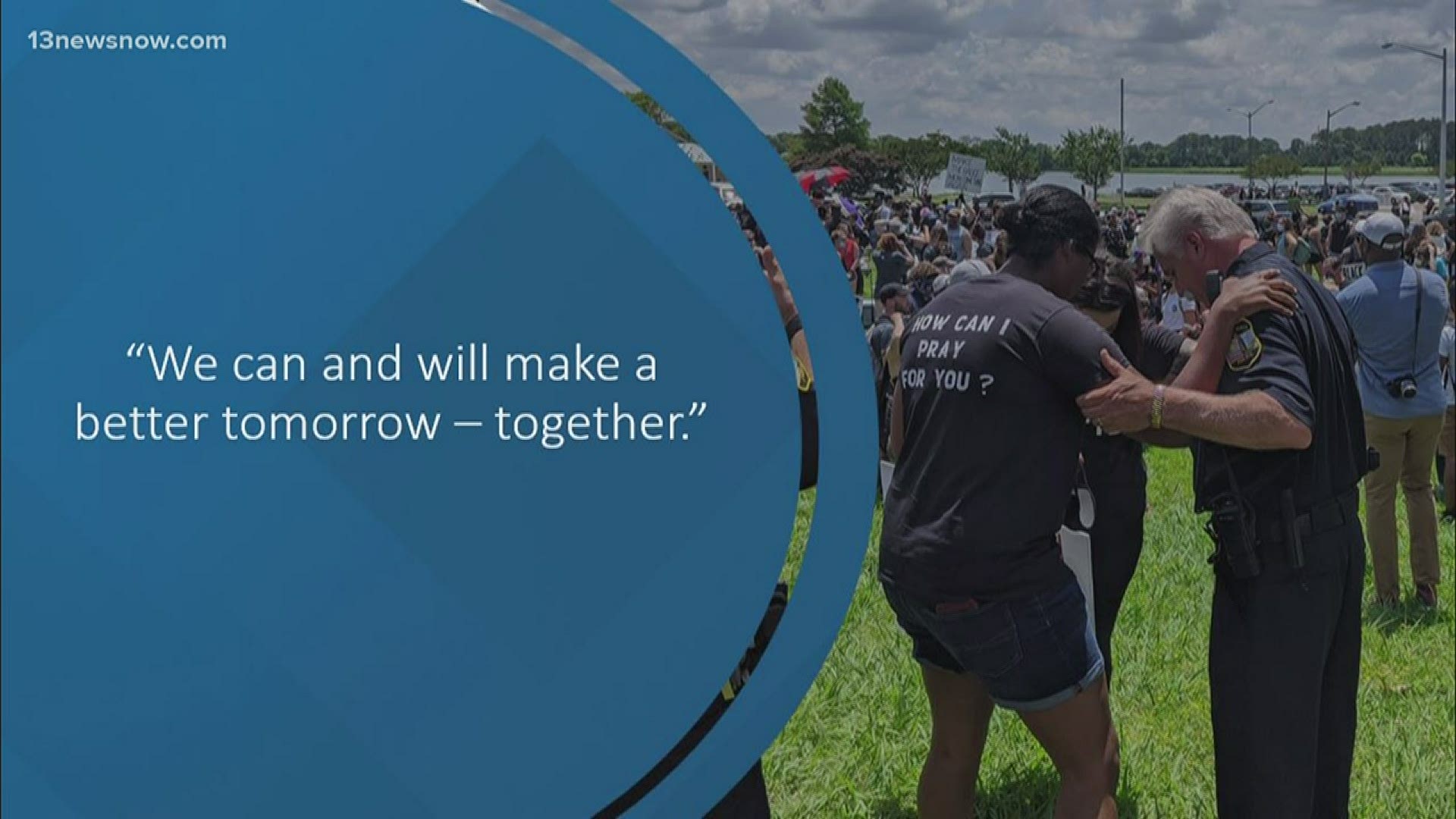 VIRGINIA BEACH, Va. — The Virginia Beach Police Department released a statement on police accountability, in which Interim Chief Tony Zucaro wrote the force was "not perfect" but they "can and will be better."

In the letter, Zucaro condemned the death of George Floyd in police custody in Minneapolis, and outlined some steps the department was taking to ensure people were treated with respect.

Here's some of the points Zucaro touched on:

With last year's policies, Zucaro said "our officers used force in less than two-tenths of a percent of all citizen contacts in 2019," but also said the department wanted to "make a better tomorrow."

He called for open dialogue in the fight for a better future.

"I highlight these efforts to reaffirm your confidence in our agency and to ask that you not lose faith in the men and women who so selflessly serve this community," he wrote. "We fully support your right to peacefully assemble and to demonstrate against the very circumstances that brought about so much anger."