The coalition has set out to review the culture of the department as well as its use of force policy and ensure transparency. 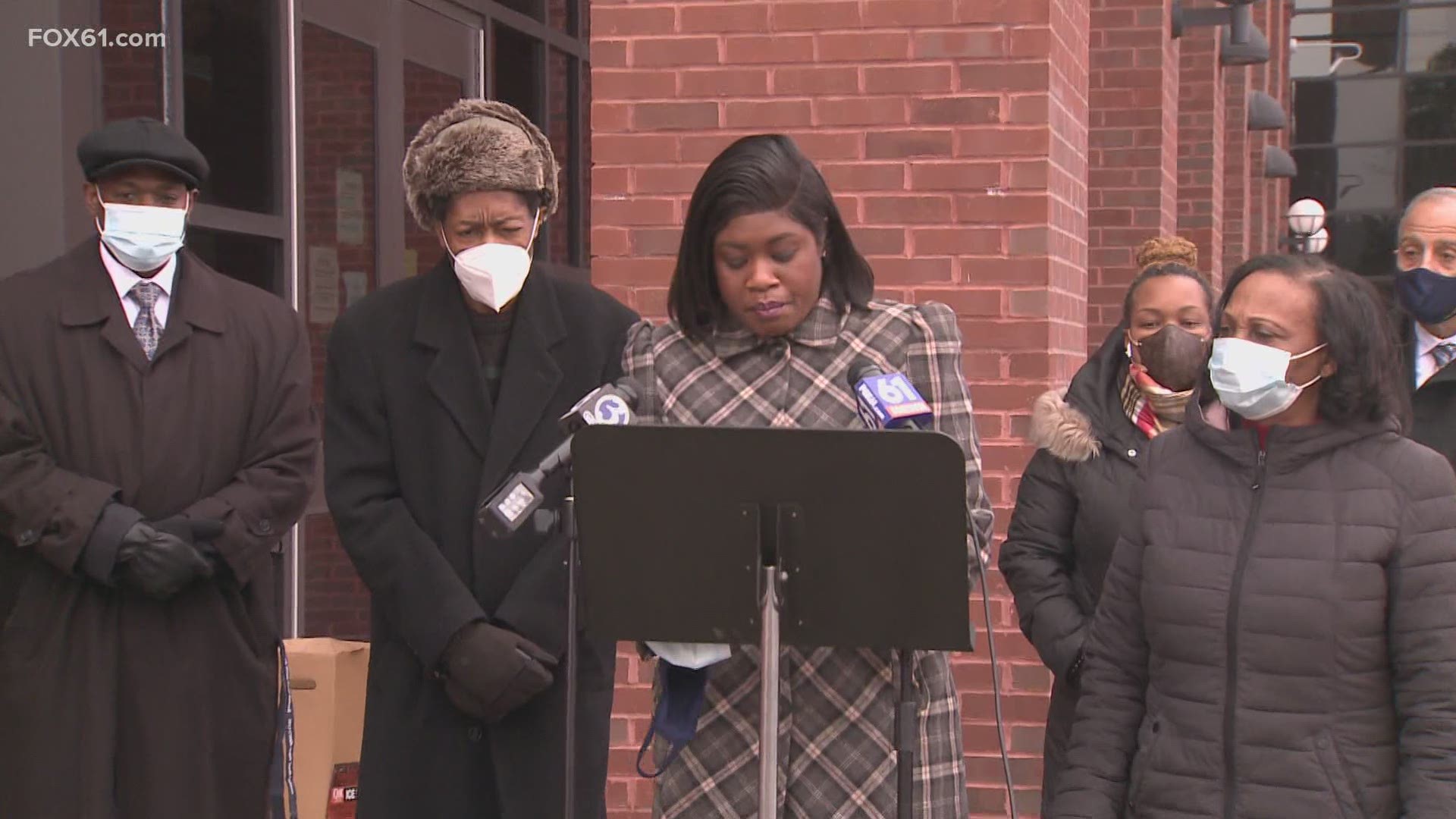 HARTFORD, Conn — The NAACP of Greater Hartford launched a new coalition called "One Community-One Voice" to address their concerns about the Hartford Police Department.

"This coalition is agencies, it's churches it's mosques, it's individuals, it's youth, who are organizing to say enough is enough," said Brother Calvin X. Lovejoy, Student Minister at Muhammad Mosque #14.

The group says recent incidents have troubled the community including an officer-involved shooting in December, a shooting involving an FBI Task Force in January, and the so-called "Deadpool" wager in which officers were asked to place a bet on the location of the first homicide of 2021. The group says those incidents create distrust and says that concerns that have been brought up in the past have not been addressed.

"In reality, nothing changes, if there was change there would have been no Deadpool. So things are creeping out where it becomes blatantly obvious that what is being portrayed as change is nothing more than how do we manage a plane crash," said J. Stan McCauley, president of the Greater Hartford African American Alliance.

The coalition has set out to review the culture of the department as well as its use of force policy and ensure transparency. Another important factor to them is making sure the police department is made up of people that can relate to them.

"It's not about color it's about understanding the constituency that you've sworn to protect and serve," said McCauley.

NAACP of Greater Hartford president Maxien Robinson-Lewin called the coalition a "last-resort," and said they plan to hold leaders accountable in order to create real change.

"If there's no results based on some of the concerns that we raise, meetings that we will hold, the end result is we will call for the resignation and the firing of people in charge," she said.

Hartford Police Chief Jason Thody said in a statement, “We welcome any effort to build a stronger relationship between our department and community. When it comes to the climate and culture in the department, we asked for an independent, outside analysis that found both strengths and weaknesses. One of the strengths it found was a dedication to serving the community among our officers. But there’s no doubt the text message incident set us back as a department. I was appalled by the decision to send that text and by the inadequate response by supervisors in the division. In response, we immediately demoted the officer and then rendered significant discipline, including a 120-day unpaid suspension.”