Another noose was found at Amazon construction site in Windsor: Police

Amazon says they are "deeply disturbed" by the incidents and have closed the construction site. 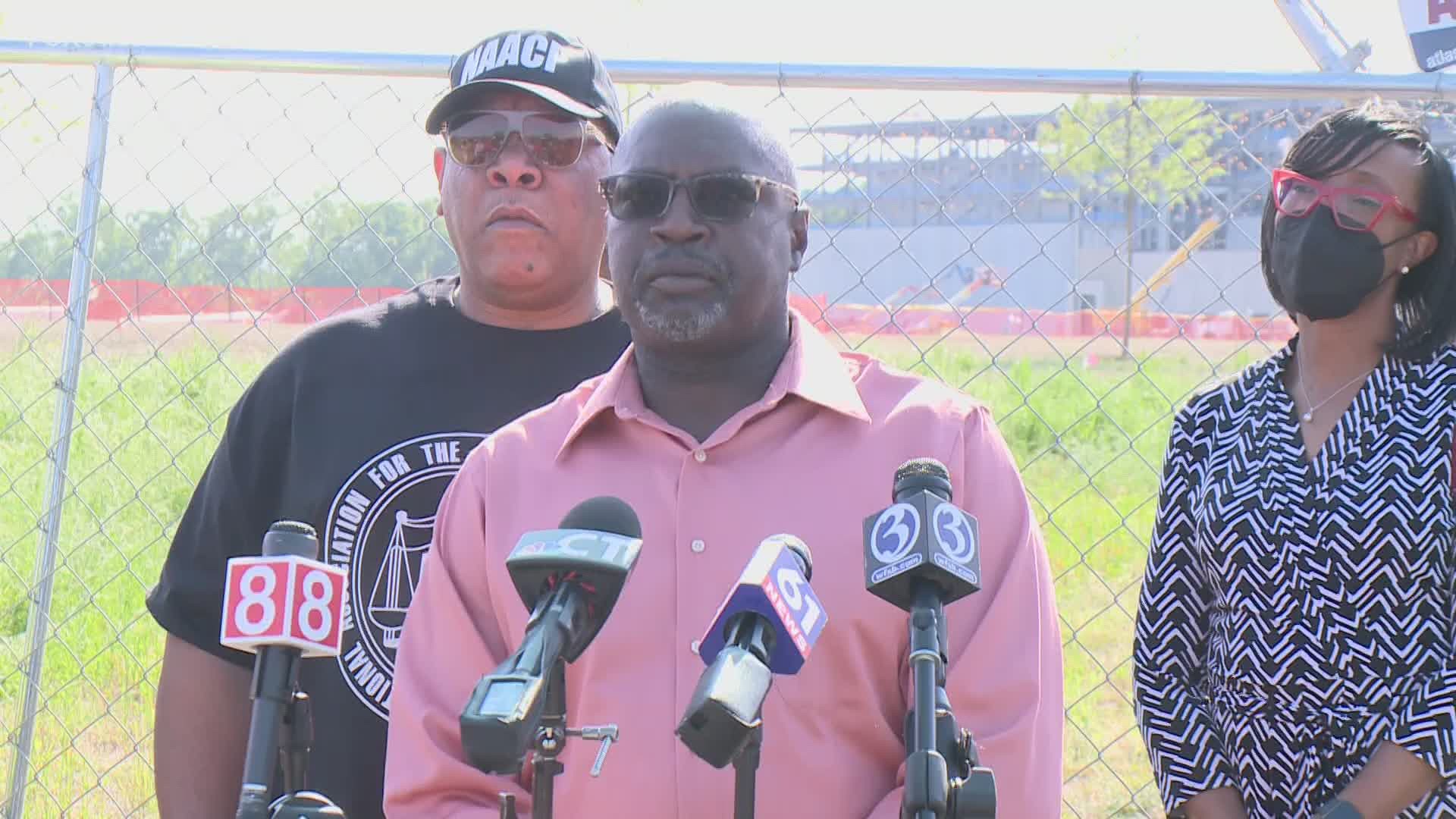 WINDSOR, Conn. — The NAACP held a press conference Thursday afternoon after the organization says it learned of another noose being discovered at a local Amazon construction site.

Police confirmed another rope that could be interpreted as a noose was found hanging within the overhead beams on the site. The noose was taken to the state lab for testing.

Watch Live: The NAACP holds a press conference regarding another noose being found at an Amazon construction site in Windsor. More: https://www.fox61.com/article/news/local/naacp-seventh-noose-found-amazon-construction-site-windsor/520-f4f5b3e7-21f5-4220-8df3-2b3a79b09279

Amazon has shut down the Windsor site in response to the noose being found.

“We continue to be deeply disturbed by the incidents happening at the construction site in Windsor and have ordered it’s shut down until necessary security measures can be put in place," Amason spokesperson Kelly Nantell said in a statement to FOX61 News. "Hate, racism or discrimination have no place in our society and are certainly not tolerated in any Amazon workplace — whether at a site under construction like this one, or at one that we operate."

Nantell continued: We are committed to working with the Town and Windsor Police Department, as well as our development partners, to hold the perpetrators accountable and ensure that all members of our community feel valued, respected and safe."

The NAACP says they will meet with workers to discuss the recent hate crimes and listen to their concerns and experiences.

"These forms of hate crimes have had a detrimental stain on the current state of America's reality and for them to hit so close to home and with such consistency, shows a robust disrespect for the not only human decency but also for our ancestors who lost their lives due to the hate represented within the knots in those ropes, the organization wrote in a release."

Windsor police added they are receiving help from the FBI and Connecticut State police with the investigation.

The FBI released a statement condemning the hanging of a noose and said they stand with law officials across Connecticut to root out any person or group pushing hateful ideologies.

"The New Haven Division of the FBI is lending its resources and support to the Windsor PD for this ongoing investigation. The implications of a hanging noose anywhere are unacceptable and will always generate the appropriate investigative response," said FBI special agent in charge David Sundberg. " We stand united with all of our law enforcement partners across the state in rooting out and applying the rule of law to any individual or group perpetuating hateful ideology and intimidation in our communities."

Both Amazon and the general contractor are offering a $50,000 reward for any information identifying anyone responsible for the incidents.