A.J, born to a mom with drug and alcohol issues, had been a foster child to Michael and Whitney Sanzo since he was three months old. Now, he's officially family. 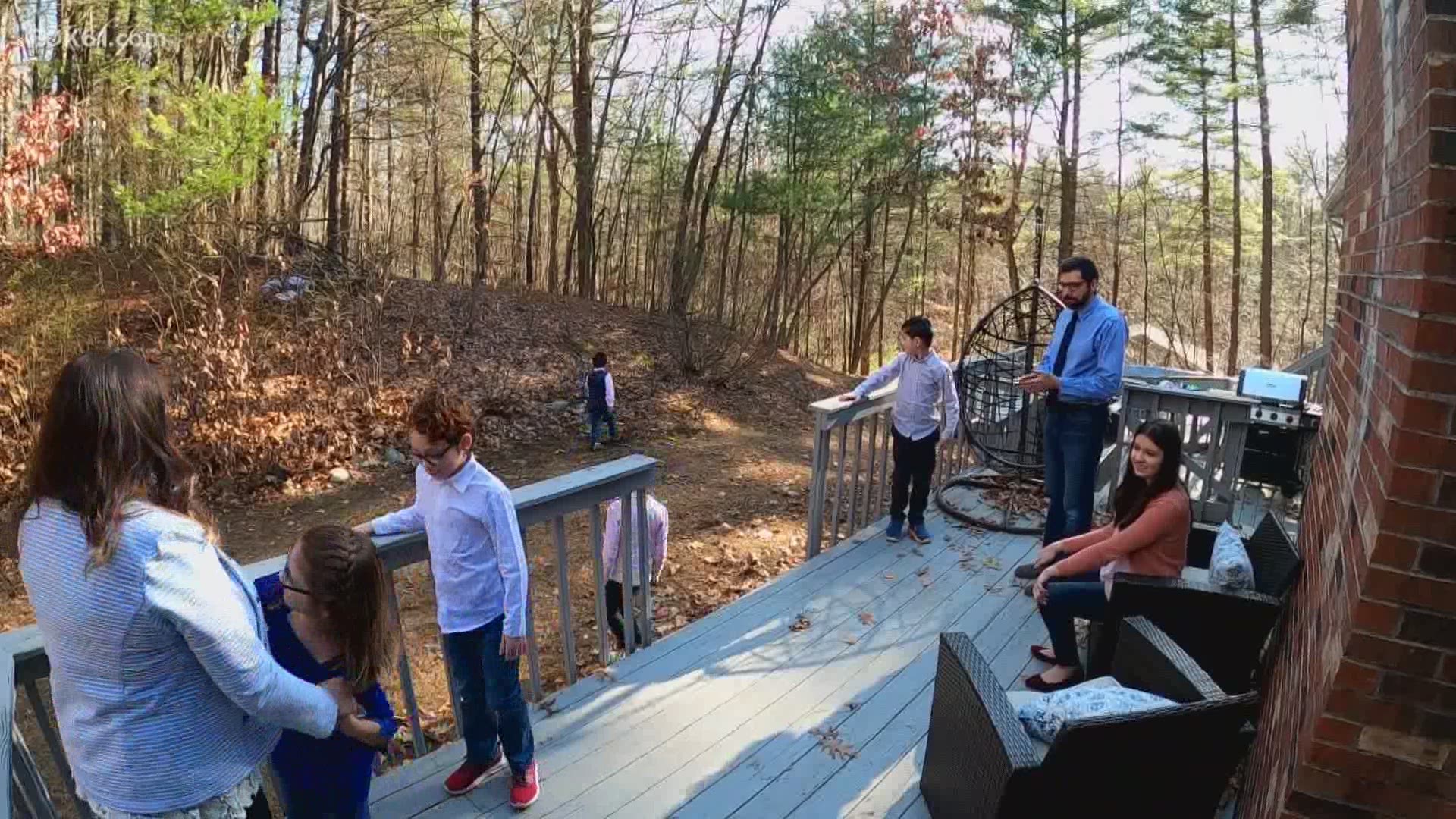 GRANBY, Conn. — Just in time for Thanksgiving, the Sanzo Family is growing.

They made it official on National Adoption Day and, now, 3-year old A.J. is a part of their family.

A.J, who was born to a mother that had drug and alcohol issues, had been a foster child to Michael and Whitney Sanzo since he was just three months old.

At noon on Friday, in a virtual court hearing, A.J. was legally adopted. “We are really excited to celebrate this,” Whitney said.

The Sanzo’s have two biological children, and now, four adopted kids, a seventh child is still under foster care in their home.

Michael Sanzo said he enjoys having a full house and looks forward to this Thanksgiving.

“It will be nice to have our immediate family here, we certainly can fill up the table all by ourselves.”

As far as advice for other parents who might want to become adoptive parents, Whitney said, “Fostering and adopting comes with its challenges but the rewards are so wonderful, and we are just happy to have the chance to do it.”

The Department of Children and Families has a hotline that provides foster and adoption information, 1-888-KID-HERO or click here.