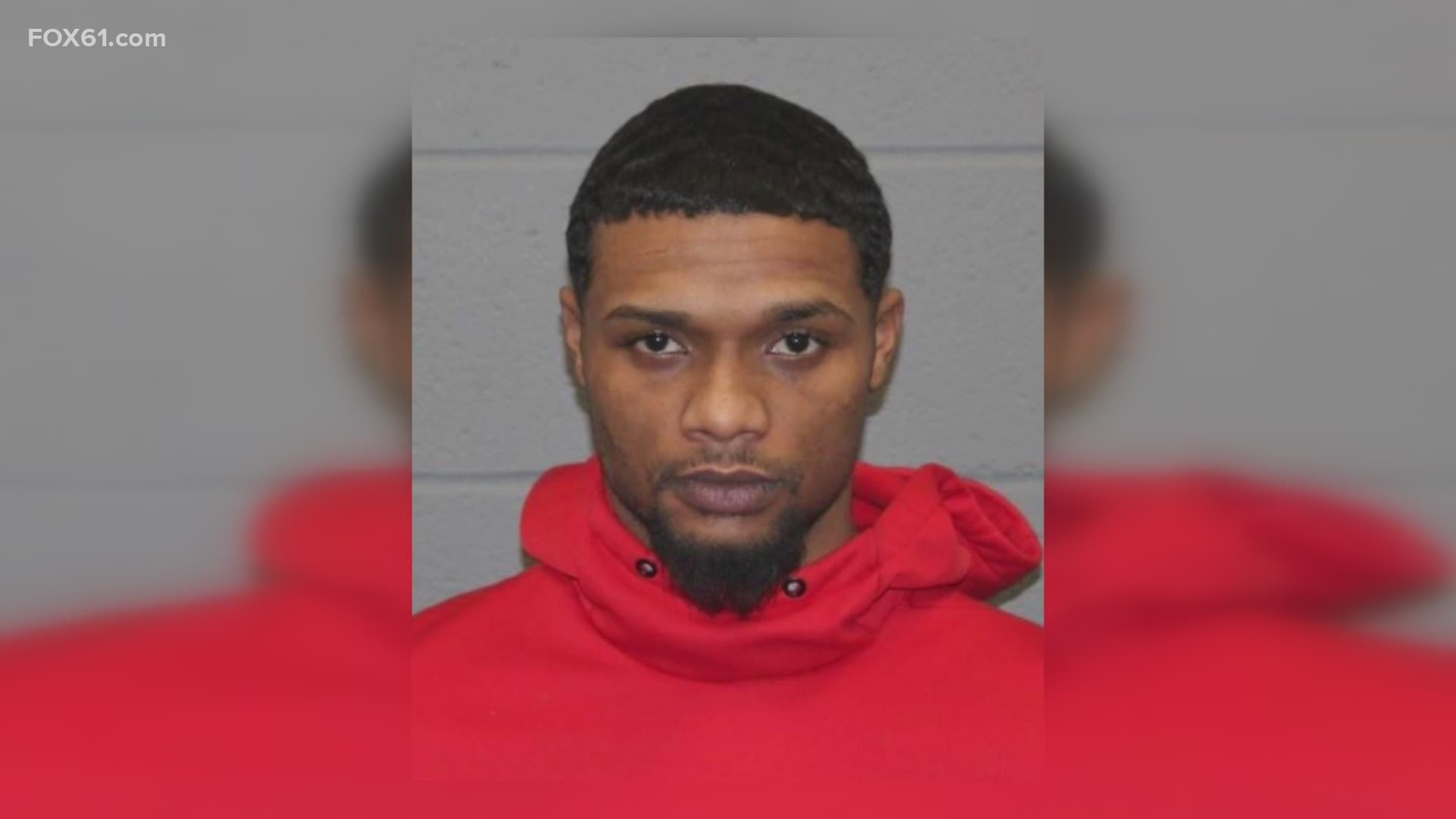 NAUGATUCK, Conn. — Police across the state have been searching for a man accused of driving a high-performance car a Naugatuck police officer.

Police said it all started Monday around 8 p.m. when an officer pulled over the car by the Route 8 northbound on-ramp on Maple Street when the suspect drove at the officer.

That is when the officer fired his gun at the car. That suspect remains on the loose.

"I believe the suspect was the only occupant in the vehicle and he’s the sole focus of our investigation," said Deputy Chief Christopher McAllister of the Naugatuck Police Dept.

Deputy Chief McAllister said the traffic stop was a result of criminal activity.

The suspect's car was very out of the ordinary. It was a 2019 orange Dodge Charger with an Ohio license plate.

The suspect has been identified as Roznovsky Machado of Waterbury.

The officers involved in the shooting have been identified as Officer Kevin Zainc and Sergeant Nicholas Kehoss. Both have been working for the Naugatuck Police Department for at least 10 years.

Connecticut State Police say only Sergeant Kehoss fired his gun during the incident. He has been placed on administrative assignment as per protocol with the Naugatuck Police Department.

Machado is known to police - records showed he has violated his probation and has previously been charged with interfering with an officer. State Police said they just want to get him off the streets.

"Our primary goal again is to make sure our community members are safe and to locate the suspect and provide any treatment that is needed," said Trooper Josue Dorelus of Connecticut State Police.

The officer was treated and eventually released from the hospital for minor injuries. Police said they are currently on administrative duties.

Police said they are unsure of Machado's injuries.

Machado is facing the following charges:

The case is currently being handled by State Police.

Credit: FCA
This is similar to the vehicle involved in the Naugatuck incident, however the car involved was orange with Ohio plate HQJ2680

Credit: FOX61
2020 Dodge Charger - This is similar in color to the suspect's car.

Credit: FOX61
2020 Dodge Charger- This is similar in color to the suspect's car.

Police said they want the community to remain safe, and that they understand following officer-involved shootings, the community wants as much information as possible.

CSP handling officer’s use of force - trooper says there is very little they can discuss. Goal is to make sure Community is safe and suspect is found.