As of Friday morning, the search and rescue operation continued for the five crewmembers unaccounted for; 6 others injured were in stable condition. 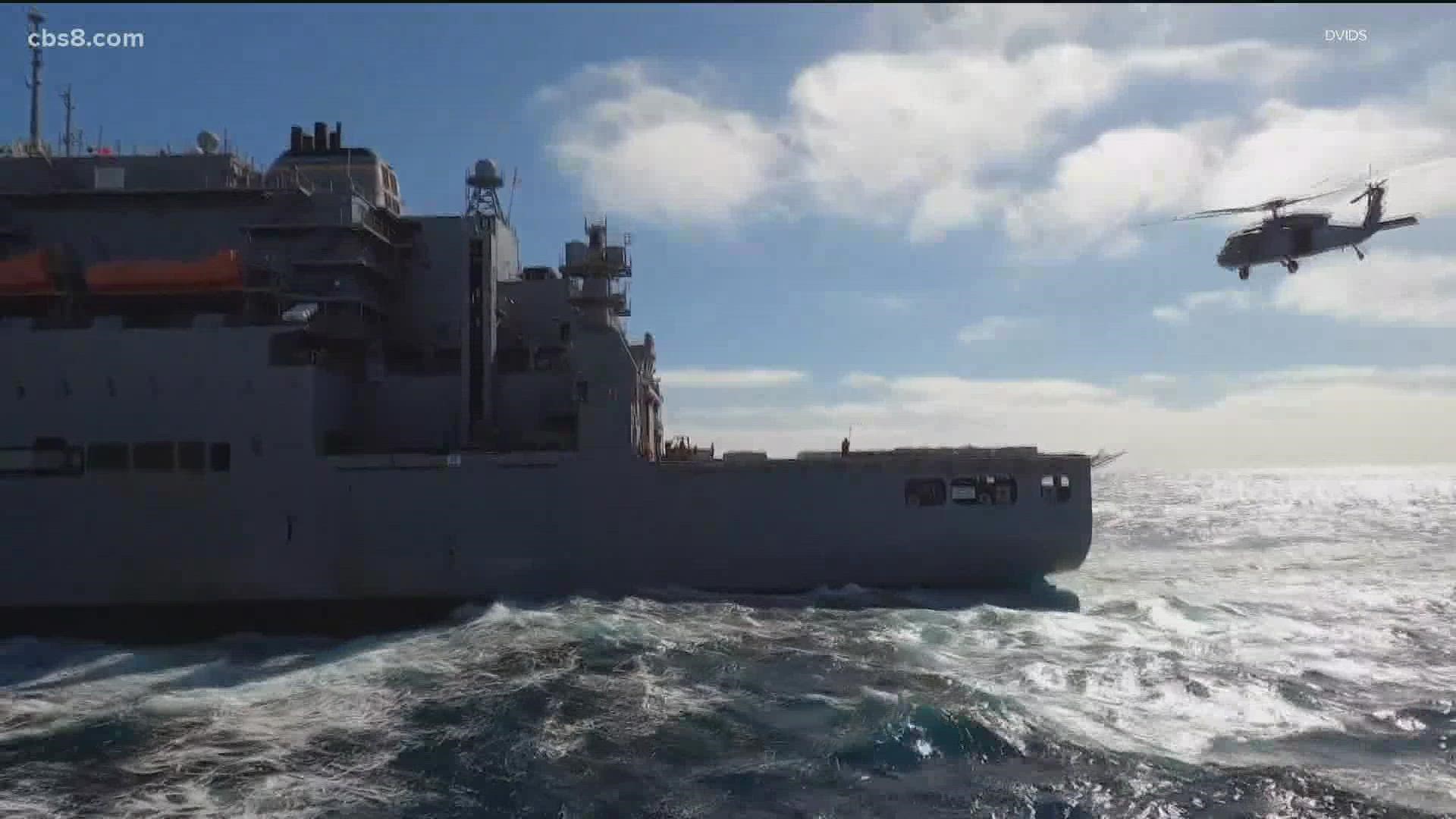 SAN DIEGO — Rescue efforts continued Friday after a U.S. Navy helicopter with the USS Abraham Lincoln crashed off the coast of San Diego while "conducting routine flight operations," according to officials.

The U.S. Pacific Fleet reported that one person was rescued Tuesday night. The Navy confirmed that the rescued sailor was transported ashore and was in stable condition as of Wednesday.

The rescued sailor and two other crew members who were hurt in the accident while engaging in duties aboard the San Diego-based aircraft carrier were taken ashore for medical care in stable condition. Three other personnel suffered minor injuries on the ship and remained aboard, officials said.

UPDATE 6: Search and rescue efforts are ongoing for the five crew members of the MH-60S helicopter that crashed into the sea on Tuesday afternoon. USS Abraham Lincoln remains at sea as part of the search efforts.

The following was released in a statement by the Navy Wednesday morning:

"The aircraft was operating on deck of the USS Abraham Lincoln before crashing into the sea.

Former service members expressed their hope Wednesday that the missing crew members would be found safe.

"Everything gets put on the backburner and everyone who has the ability to help, whether on the water with the U.S. Coast Guard or any aircraft in the vicinity, that they turn their attention to find these missing sailors," said Reginald Badua, a former U.S. Navy Sailor from 2004-2015.

He said he hasn’t lost hope in the five missing sailors as he said they’re equipped with gear that could save their lives.

"There is hope. As to how much confidence? I can’t speak to, but it is possible they are OK," said Badua.

"They are the best in the world. It is still a dangerous mission even though we call it a 'routine flight operation,'" said Kidrick.

"Every sailor when they go through basic training, water and swimming proficiency, presumably they have the skills and knowledge to survive," said Badua.

Kidrick and Badua said sailors are trained in basic water survival and how to get out of a helicopter.

While the investigation is underway as to what caused the crash, comments have flooded the USS Abraham Lincoln's page on Facebook.

Our search and rescue efforts are ongoing and will continue for the foreseeable future, as we look for our missing...

UPDATE 1: Currently, one crewmember has been rescued and search efforts continue for the other crewmembers of an MH-60S helicopter embarked aboard USS Abraham Lincoln (CVN 72) that crashed into the sea off the coast of San Diego, Aug. 31: https://t.co/4O9iDV1jNx (1/2)