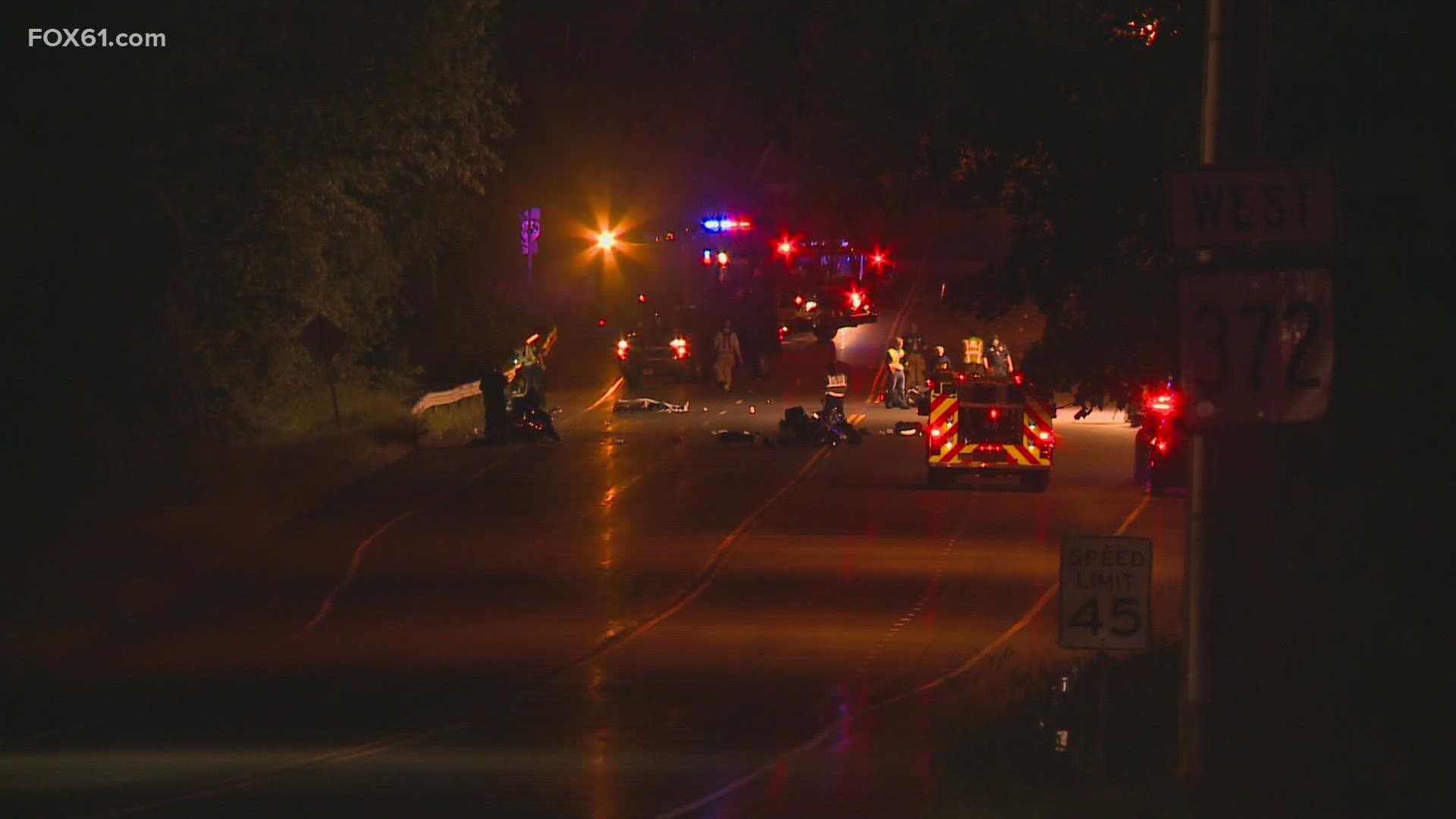 BERLIN, Conn. — Editor's note: Video is from September 4 when police pronounced one person dead in the crash.

Two men from New Britain died after a crash involving three motorcycles over the weekend.

The crash happened Saturday just before 6 p.m. according to police. They were called to Mill Street (Route 372) near the on-ramp for Route 9 south. When officers arrived, they found the motorcycles, each with one operator.

One operator, 68-year-old Dennis Siwik was pronounced dead at the scene. Another operator, 51-year-old Christopher Zduniak was taken to Hartford Hospital where he later died from his injuries. The third operator was not critically injured, according to police.

The crash is under investigation by the Midstate Accident Reconstruction Squad.

If anyone has witnessed the crash or has information in regards to the investigation, they are asked to call officer Tom Bobok at 860-828-7082 or email tbobok@berlinpd.org.